ICYMI: Our Channel News Roundup for the Week of August 20th 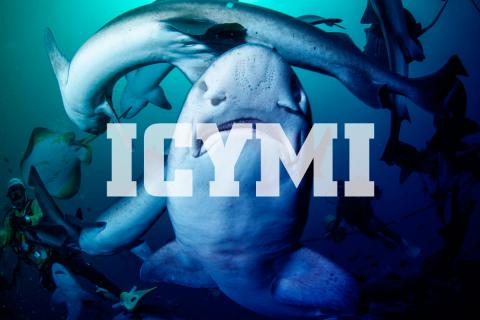 Real-time ray tracing GPUs from NVIDIA, gaming gear from Gamescom, and the opportunity you’ve been waiting for to experience Sharknado in virtual reality are but a few of the stories we didn’t get around to telling you about this week until just now. By James E. Gaskin
Tweet

Summer may be winding down, but not without a fight. How else can you explain a hurricane in paradise (Hawaii), the latest and probably last Sharknado movie, and ads for a movie where nothing blows up and characters talk about their feelings? Oh yeah, the kids are already begging you to do their homework too. While trying to remember geometry, some news bits slipped by us. Let’s catch up and finally nail down that hypotenuse nonsense.

NVIDIA’s next new thing. If you’re into gaming or high end graphics, then the GeForce RTX series based on the new NVIDIA Turing architecture and NVIDIA RTX platform are mandatory purchases. The new NVIDIA GeForce RTX-2070, 2080, and 2090 were on everyone’s must-see list at Gamescom. Real-time ray tracking and AI-fueled capabilities will blow your eyebrows back. 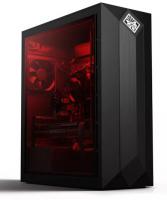 Speaking of Gamescom…HP anted up in the gaming space with new OMEN hardware and mobile software innovations for gamers. The OMEN Obelisk (pictured),  latest entry in the desktop gaming catalog, will be one of the first boxes to offer the NVIDIA GeForce RTX 20 series of GPUs. And plenty of other goodies as well.

Dell was in Cologne, Germany, for Gamescom as well, touting Alienware 15 and 17 gaming laptops, as well as the Alienware Aurora system supporting the new NVIDIA GeForce RTX-2070, 2080, and 2090 Ti GPUs. Check out their new gaming monitors too.

Yes, professional esports athletes are a thing, and they need tools. Now they can grab a new Logitech G PRO Wireless Gaming Mouse and beat those bosses. A 16K optical sensor provides more speed, accuracy, and responsiveness than ever.

ManageEngine added Skype for Business server reports to Exchange Reporter Plus for those who want metrics on audio and video calls, IMs, and more. 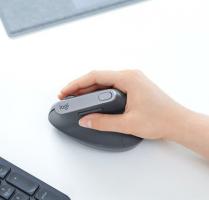 Plenty of other products too. Amazon Web Services announced the availability of T3 instances, the next generation of burstable general-purpose VMs for Amazon Elastic Compute Cloud. Variable CPU usage and other features provide up to 30 percent better price performance than T2 instances.

ServiceNow certified the Citrix IT Service Management Connector, which is designed to reduce the time associated with application and desktop provisioning in ServiceNow ITSM, and now stocks it in the ServiceNow Store.

Elsewhere on the ServiceNow front, users can now access documents and folders in the Box cloud content management platform through ServiceNow’s Now Platform.

OVHcloud (cloud infrastructure) launched the VMware Cloud Foundation on OVHcloud. Get more storage and performance in your hyperconverged cloud instances.

Mouses (mice? meese?) are for more than games. Hence the new Logitech MX VERTICAL (pictured), which helps reduce discomfort in the hand, wrist, and forearm. The vertical part keeps the hand in a natural handshake posture.

Do any data center or distributed IT management? Spend a moment or three checking out the new EcoStruxure IT for Partners from Schneider Electric. Also out now is the EcoStruxure IT Expert for remote monitoring.

Time to look at embedded video processing systems? Then investigate the new UltraZed-EV Starter Kit from Avnet. Processing and networking all ready to go on one module. 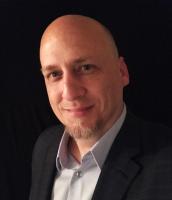 Webroot did the team up thing with Zerum, a security and operations data science company. Webroot will fold its BrightCloud Threat Intelligenc services into the Zerum Linx security analytics tool.

Linux runs huge parts of the internet and cloud services. Need to know more about it? Check out the new version of the CompTIA Linux+ credential.

Conventional “wisdom” is once again wrong, at least about the death of workplace desktop computers and phones. A survey by Spiceworks in July 2018 queried 1,372 respondents across North America and Europe. Primary computing device for employees? Desktops with 68 percent, leading laptops with 29 percent and only 1 percent touting tablets. 75 percent use desk phones as the primary voice tool of choice, and only 16 percent using company-issued smartphones. Also, Spiceworks learned that while companies have been stretching replacement cycles (75 percent use servers five or more years), younger IT folks believe new, higher-end devices are worth the budget hassle. But kids always want shiny new toys, don’t they?

Two intersecting trends—millennials becoming the largest generation of the U.S. labor force, and the so-called “gig economy”—will have a big impact on workplaces soon. So says the 2018 Workplace Communications Report from Intermedia (communications and collaboration). No surprise, mobile applications are making it easier (mandatory?) to work while out of the office. But 71 percent of those surveyed said that gives them peace of mind by providing timely updates. 66 percent feel work apps make them more efficient. Over half start the work day by checking emails and taking calls on their commute. 75 percent of organization leaders say video conferencing has reduced their travel. And email still rules according to the 87 percent who say the inbox is their primary mode of communication.

The IDC white paper State of IT Resilience, sponsored by Zerto, revealed that 90 percent of respondents don’t consider their org to be IT resilient. Why? Nearly half have suffered an unrecoverable data event in the last three years. 77 percent suffered from a “tech-related business disruption” in the past two years. Yet 90 percent say data protection is important or critical for digital transformation projects. That’s why you should always believe the consultant who says there are two groups of users: the three quarters who suffered data loss and the quarter who are lying. 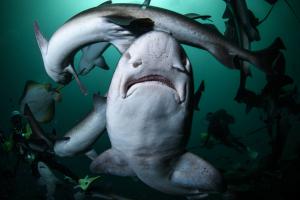 Wall to wall Sharknado with new VR game. Those who enjoy “great-bad” movies have embraced the mix of horror and comedy in the Sharknado series of made-for-TV movies on the SyFy channel. August 20 was the release of “The Last Sharknado: It’s About Time.” Yes, the title winks broadly, but the actors never do as they fight tornados full of sharks with chainsaws, robotic arms, giant baseball bats, and more.

But the lack of newer and more over-the-top movies don’t have to be the end of your shark-shredding fun. Game maker Autumn VR released Sharknado VR: Eye of the Storm at the Los Angeles Sharknado movie premiere. So finally, virtual reality has the killer app it’s been waiting for.

Did we mention the premiere? Yes, premiere, with red carpet and celebrities galore. The latest magnum shark opus includes a wealth of, ah, interesting cast members. Scientist Neil deGrasse Tyson chews scenery on all sides as Merlin, while ST:TNG’s Marina Sirtis plays Winter, his assistant or co-conspirator or opponent (logical details tend not to be important in these movies). Time travelling shark-fighters, they visit Ben Franklin for some reason on a Revolutionary War battlefront. (Darrel Hammond plays George Washington with his Bill Clinton voice). The heroes then grab a charter boat captained by none other than Bernie Kopell, of Love Boat fame. Your grandma will be thrilled.

Hollywood lore tells us that the film’s producers were pitching multiple stories to SyFy executives. “The next show is called Sharknado.” Bam! The exec banged the desk and yelled, “Sold!”

Jabra PanaCast Review - Get Your Huddle On
END_OF_DOCUMENT_TOKEN_TO_BE_REPLACED