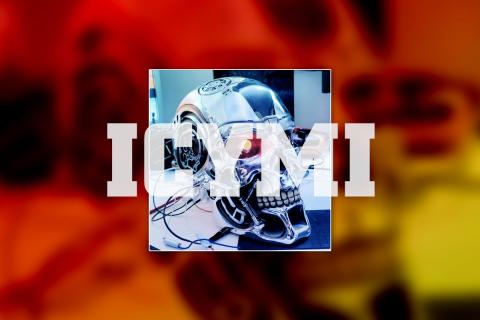 Security news from Microsoft, Sophos, and Arcserve, a new channel EVP for Kaseya, and the scariest looking virtual assistant ever made are just some of the many stories we waited way, way too long to tell you about this week. By James E. Gaskin
Tweet

We’ve not had a lot of great weather news lately, so this will have to do: Hurricane predictions have been lowered slightly for this season. Earlier the weather boffins predicted 10 this year, now they say eight. Other weather boffins said 6-10 hurricanes but 14-21 named storms, and they lowered that to 14-20. Not a lot, but the fewer storms the better, right? It’s hard to read neato newstips like these in winds higher than 100 miles per hour. 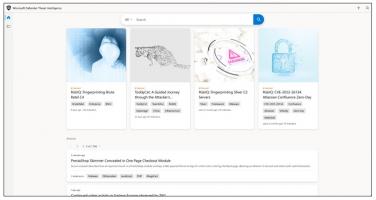 You may already use Amazon Inspector, but the new Amazon GuardDuty Malware Protection locates active running malware in your workloads and can limit the damage of exploits.

Bitdefender’s antimalware technologies now support Amazon GuardDuty and can be found in the AWS Marketplace.

Hello to Sophos Cloud Native Security, which secures access, protects workloads, secures the network, and integrates with DevOps from on-prem to multicloud.

If you’re completely satisfied that your patch management processes are 100% solid and also help with ransomware, you can ignore the new partnership between Ivanti and SentinelOne that mashed Ivanti Neurons for Patch Management and SentinelOne’s Singularity XDR platform. Also new? SentinelOne’s Storage Sentinel for Amazon S3. 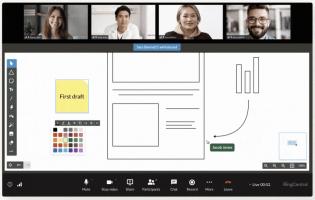 Other product news. Now in the catalog, Ivanti Neurons for Digital Experience helps IT understand, measure, and improve their digital employee experience, and works just as well for human employees, too.

Home offices and small businesses need better networking, and the new Aruba Instant On 1430 switches come in 5- to 26-port models, managed or unmanaged, with 8 or 16 PoE models.

RingCentral Rooms, for video conferencing and more, expanded its hardware choices and teamed up with multiple new partners, including Avocor, Jabra, and EPOS. Oh, and it’s got a Whiteboard (pictured) now, too. 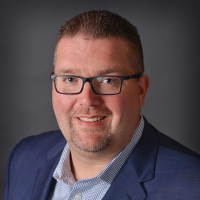 The Welcome Wagon dropped Mark Logan at One Identity as he becomes its first CEO.

To help middle school students learn about technology, CompTIA has changed the name of Creating IT Futures to CompTIA Spark and announced plans to operate as the social innovation and impact arm of CompTIA.

TD SYNNEX launched its independent software vendor experience to help speed SaaS opportunities in the channel. The three pillars are business acceleration, technical aggregation, and marketing as a service.

Aparavi and Quantum ActiveScale teamed up to better manage unstructured data for improved analytics and performance.

Alveo and The INSIGHT Group teamed up to help service businesses with go-to-market plans, along with guidance to improve scalability.

The midyear update to the 2022 SonicWall Cyber Threat Report charts the rise of global malware, including a 77% spike in IoT attacks, and a 132% rise in encrypted threats. The report found that cybercriminal activity increased at least partly in response to geopolitical strife. That meant a 63% increase in ransomware attacks in Europe with a focus on financial sector companies, despite a 23% reduction in attack volume worldwide. Total malware attacks were up to 2.8 billion in the first half of 2022, an 11% increase. Never before seen malware variants jumped 45%. The U.S. saw a tiny drop of 1% in ransomware as cybercriminals focused on Europe, up 29%, and Asia, up 32%. Total attacks in North America included a 284% increase in encrypted threats and 228% in IoT malware.

The Vade H1 2022 Phisher’s Favorite report of the 25 most impersonated brands in phishing attacks leads off with a familiar name: Microsoft. Close behind is Facebook, Credit Agricole, WhatsApp, and Orange. They hit businesses with 11,041 unique phishing URLs, many aimed at gaining access to a Microsoft 365 user account from where they can launch ransomware attacks, distribute malware, and conduct internal mischief. Financial services was, again, the most targeted industry, with eight of the top 25 brands in that industry segment, followed by cloud and then eCommerce/logistics and telco. 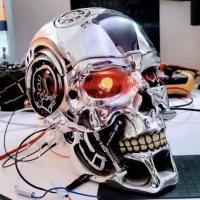 What could go wrong? Here’s a twofer from our friends at Hackster.io. First, 314Reactor updated its T-800 Terminator Skull from an early Raspberry and now has a second model with an NVIDIA Jetson Nano. Just by themselves, the skulls will surprise coworkers with human-looking teeth in the shiny metal skull.

Follow the directions, and you will have a T-800 skull that can talk, listen, and detect humanoids as they approach, and say something like, “I’m talking to idiots.”