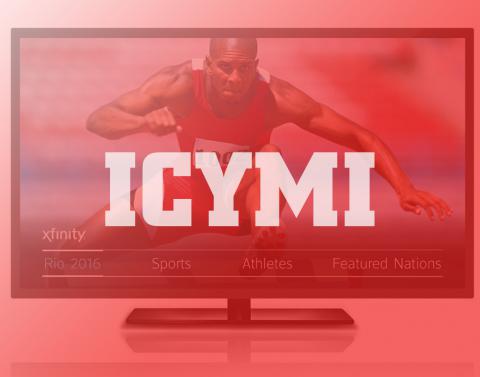 News from the Black Hat security conference, a flurry of impressively consistent Windows 10 adoption stats, and a looming wave of Olympics-related network issues are all among the stories you may have overlooked this week. By Rich Freeman
Tweet

We’re proud to tell you that we finally managed to write about everything—and I mean everything—that happened in the world of IT this past week. Unfortunately for us, the dog ate most of those stories. Here’s what we would have reported—honest!—if not for that unfortunate mishap.

Fear and Launching in Las Vegas. We’ve been so busy lately dumping stories on you about announcements from CompTIA ChannelCon that we said nothing whatsoever about all the news out of this week’s other big event, the Black Hat USA 2016 conference in Las Vegas. Turns out that show was a rich source of both great new reasons to poop your pants and interesting security-related announcements. Here’s just a smattering of the latter:

Spare us the lies and damn lies talk. Because the statistics about Microsoft's Windows 10 issued in the last few weeks are remarkably consistent. With that system’s one-year birthday now behind us and its first update officially in circulation, numerous folks have been checking up on the latest trends in Windows 10 deployment. Those folks include Spiceworks, which as ChannelPro reported two weeks ago, says that 38 percent of IT organizations have adopted the new OS so far.

But wait, you ask, how does that square with the latest market share numbers from Net Analytics showing that just 21.13 percent of PCs are running Windows 10 at present? Well, it turns out that many of the organizations included in that 38 percent figure are just testing Windows 10 right now. Companies that have actually implemented Windows 10, Spiceworks says, account for 58 percent of the 38 percent or…22.04 percent. And really, what’s 0.91 percent among friends?

Or 4 percent for that matter? According to Spiceworks, 68 percent of organizations will be running Windows 10 a year from now. New research from Adaptiva puts that figure at 64 percent. VMware, meanwhile, plausibly suggests that 75 percent of businesses will have adopted Windows 10 in two years’ time.

Add it all up and it becomes clear that:

1) Windows 10 deployment, while not exactly a tidal wave, has been proceeding at a respectable pace.

2) That pace will accelerate in the next year, and...

3) Market researchers apparently know what they’re doing after all.

Meanwhile, Microsoft had more to talk about than Windows this week. It also:

Surely, those weren’t this week’s only product launches. No, of course they weren’t, and don’t call me Shirley. In addition to those Microsoft releases…

Elsewhere in the realm of vendors. We learned that:

Then again, maybe ShoreTel’s delightfully circular wording was meant to keep its partners from noticing that the strategic alternatives it’s new committee will review include selling the company or spinning off its assets, as well as licensing its technology, entering into new joint ventures and partnerships, and just ignoring all of the above in favor of the same ol’, same ol’.

The Olympics of network logjams. The Games of the XXXI Olympiad (aka the 2016 Summer Olympics) get started today in Rio de Janeiro, which means we can all look forward to two weeks of riveting athletic competition—and painfully slow networks.

Indeed, 72 percent of IT professionals expect internet usage at their company to increase during the Rio Olympics, according to recent research from IT staffing firm TEKsystems. Furthermore, since Olympic viewing has caused at least one network problem at 69 percent of organizations in the past, according to a separate study by Riverbed, 70 percent of companies will limit employee access to Olympic content.

Or attempt to, anyway. As previously noted, businesses are also trying to limit access to Dropbox, Facebook, and Angry Birds. And we know how well that’s going.