ICYMI: Our Channel News Roundup for the Week of August 19th 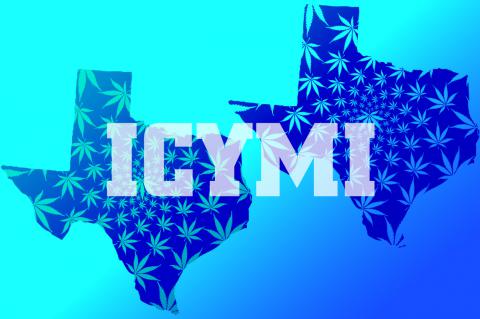 Mobile processors from Intel, pre-VMworld acquisitions from VMware, and the yellow hemp of Texas all figure prominently in news we’ve just now gotten around to sharing with you. By James E. Gaskin
Tweet

If you’re around children of the right age, you know Peppa Pig as a weird British pig cartoon that infests your household. Hasbro just shook hands to buy the Peppa empire for $4 billion. Crossovers with Hasbro’s My Little Pony could be coming. Much more interesting would be a crossover with the Transformers. We’d buy tickets to see Peppa become Optimus Pig and start shooting missiles out of her badly-drawn nose. Who knew M&A could be so exciting! Speaking of exciting, here’s some newsbits we missed.

Nothing artificial about Intel’s push to improve artificial intelligence processing power. Hello to 2nd Generation Intel Xeon Scalable processors with built-in AI acceleration. Tools like TensorFlow, Pytorch, and PaddlePaddle (sure that’s not a Ping Pong thing?) can take advantage of hardware designed specifically to help speed them up.

Pre-VMworld news. The Big Show starts soon, but not too soon for VMware to introduce vCloud Director 10, which adds A unified view of hosted private and multi-tenant clouds, intelligent workload placement, added automation, and more. Check out VMware Enterprise PKS too. It’s a container orchestration solution for those of you toying with adding a container-as-a-service service.

Ahead of showtime next week as well comes word that VMware and Carbon Black are joining up. The all cash acquisition valued at $2.1 billion should be finalized before the end of January 2020, boosting VMware’s security portfolio.

In the same vein, the boards of VMware and Pivotal Software agreed to let the first buy the second in a stock and cash transaction. More cloud expertise for VMware to go with that security from Carbon Black.

Uhana uses real-time deep learning to optimize carrier network operations. VMware announced an intent to acquire Uhana to help with the move from 4G to 5G and much more.

Dizzion, an end user cloud provider, will show off its new Desktop as a Service (DaaS) tools for customers of VMware Cloud on Amazon Web Services. Check it out at VMworld.

And the company pulled the curtain on Citrix Managed Desktops, a cloud-hosted suite that helps provision Windows-based applications and desktops from the cloud to any device. 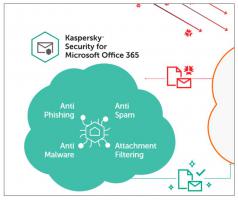 Security news. Endpoint and server security are great, but when the files go to the cloud, are you nervous? Kaspersky’s Security for Microsoft Office 365 now adds protection for OneDrive. Heuristic and behavioral analysis keeps malware from biting.

Arrow Electronics and ON2IT have teamed up on security operations center-as-a-service. Firewalls, traps, and enhanced management are just a few of the goodies.

ITI’s Nodeware revved up and has a new scanning engine and more, like device fingerprinting.

Another day, another vulnerability revealed. So it’s a good time for Puppet Remediate, and channel partners Bitbone and Fishtech. 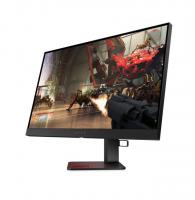 Zero footprint desktop? Check out Dell’s OptiPlex 7070 Ultra that hides the PC in the monitor stand.

Looks like US Signal’s got itself a fancy new Zerto-based DRaaS offering.

Jamf just added Custom Profiles to its device management product for SMBs. Choose from seven configuration categories to get started.

Jabra PanaCast has a plug-and-play panoramic 4K video screen with 180 degree viewing for Microsoft Teams. No more hiding your doodles from these high-res monitors, so pretend to be interested. 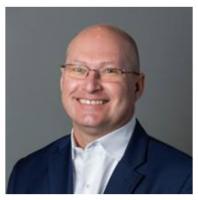 Vendors? Yes. Products? No. Mimecast invites you to join them in greeting Kurt Mills (pictured), its new vice president of channel sales. Jon Goodwin was appointed the new director of public sector too. Cake in the break room!

Erik Bovee moves from helping Stateless as a member of its advisory board to taking a seat in the house as vice president of business development.

Looking for unlocked Google Pixel phones? Look no further than SYNNEX, which just became the first disti to offer them.

Pittsburgh will soon be known for security operations centers in addition to penguins and pirates. thanks to Continuum’s latest facility, which offers 24x7 monitoring plus threat detection and response, and more.

Private equity firm Siris expands its focus on technology companies via an agreement to acquire TPx Communications. Terms were not disclosed.

Hands were shaken as Digital Defense integrated its Frontline Cloud platform with the Cherwell IT Service Management platform.

Perhaps the new channel Partner Optimization Program from ReversingLabs will help, along with its file analysis, threat hunting, and malware killing.

Feel like catching up with old friends and making new ones while learning stuff? The ASCII Group announced its 2020 IT Success Summit Series dates and locations:

Aryaka’s 2019 State of the WAN report includes responses from almost 800 network and IT folks around the world, checking on their current situation and plans for the future. Biggest challenges with WANs are high costs (40%), high complexity (35%), and slow application performance (24%). Not surprisingly, branch offices complain about performance the most (45%), followed by mobile users (36%). Hopes for the future? Top priorities are network manageability (34%), cloud and SaaS network management (28%), and cloud and SaaS connectivity (21%). And, of course, they worry about the need for increased spending on more complex networks built with “very new” technology.

Everyone worries about security, especially when it comes to personal info like medical details. Sad that Kaspersky’s “Cyber Pulse: The State of Cybersecurity in Healthcare – Part 2,” shows that nearly a third of healthcare employees never received any cybersecurity training. Oops. Hence knowledge of regulatory requirements is missing or too low. That means trouble. A fifth (21%) report no awareness of the cybersecurity policy at their workplace. Another 27% in the U.S. and Canada are aware but have reviewed policies only once. 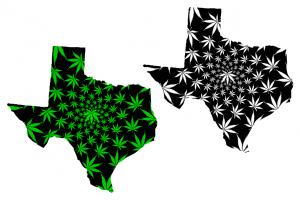 The yellow hemp of Texas. Texas doesn’t like to be messed with, but lawmakers have made their own mess regarding marijuana laws. Supposedly, at least, they’re against weed (despite Willie Nelson’s best efforts). But House Bill 1325 opened the door for Texas farmers and vendors to grow and use hemp in products.

Hemp, of course, is the non-party portion of marijuana, without the active ingredient THC. Extremely useful in many areas. But crime labs in Texas can’t tell the difference in THC levels between legal hemp and still-banned Mary Jane.

Some local lawmakers have been dropping charges and not prosecuting new ones, but others warn they’re holding evidence until tests get more sophisticated. But labs that can tell the difference, maybe, between legal and not are running at least 12 months behind.

If this is important to you, make sure you carry less than four ounces of “hemp” when in Texas.