ICYMI: Our Channel News Roundup for the Week of August 15th 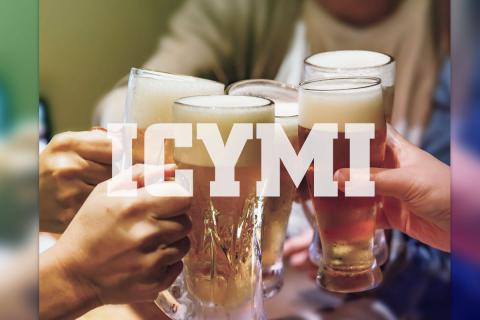 Two new security alliances, new phones from Poly, a new CEO for GoTo and channel chief for MSP360, and new ads in Japan for something you’d think millennials already do plenty of—drink beer—are among the stories we’re finally telling you about. By James E. Gaskin
Tweet

Remote work became the go-to during the Covid lockdown, and many found their spare bedroom or kitchen table preferable to a cubicle or SOC. Tom Brady, football genius, discovered a way to work remotely as the quarterback for the Tampa Bay Buccaneers. Mr. Brady showed up for training camp, then left, and promised to be back. I guess if you need two hands to wear all your Super Bowl rings, you can do that type of thing. Maybe Tom is mashing hybrid work and the NFL. 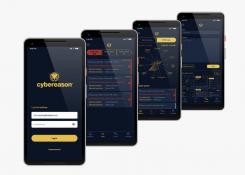 Hello to the new IGEL Disaster Recovery Program to help you regain control of malware-affected devices, including those hit by ransomware.

Google Cloud users should check out the new curated detection in Google Chronicle SecOps Suite. Built by the Google Cloud Threat Intelligence team and maintained to reduce your manual workload.

Get ready for National Cybersecurity Awareness Month this October by taking some of the free cyber education resources offered by Infosec. 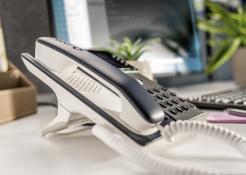 Other product news. The new Poly Edge E series phones (sample pictured) are designed for hybrid work teams, crossing from the main office to the spare bedroom, all while blocking germs with Microban and noise with AI tools.

Wi-Fi networks must go everywhere, including outside. Say howdy to the new Extreme Networks AP5050, which the manufacturer calls the first Wi-Fi 6E outdoor access point.

If your company or a client has 5G and SD-WAN, and you employ zero-trust networking, check out the new Cradlepoint NetCloud Exchange, a cloud-native solution that offers multiple security services. 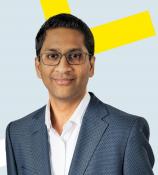 Non-product vendor news. New business cards are on the way to GoTo since the firm promoted Paddy Srinivasan (pictured) to CEO. Srinivasan got right to work in his new job too.

The Welcome Wagon in front of MSP360 is for Katie Bach, the new global director of channel operations.

The red carpet at LastPass is for newly-appointed Chief Revenue Officer Amy Appleyard.

Sage acquired Lockstep to improve accounting automation workflow for SMBs and their accountants.

QuickBooks rolled out Trada by QuickBooks, a marketplace for small businesses selling wholesale as a way find new buyers.

The latest SMB Technology Forecaster from Analysys Mason forecasts IT spending by SMBs will grow at a CAGR of 7.5% between now and 2027. Driver for this growth? Cloud-based services, because they support the modern distributed workforce and provide business resiliency. Bold headings in the forecast include a 5.9% increase in IT spending year-over-year in 2022, limited by economic uncertainty. Spending growth will increase over the next five years to 8% YoY in 2027. Almost half the spending will go to managed services, infrastructure, and cybersecurity. These average 45% of IT spending for SMBs. Finally, hybrid working conditions will continue to influence IT spending. Collaborative freemium programs in use will likely shift to paid versions.

Anodot’s 2022 State of the Cloud Cost Report says that nearly half of business find it difficult to get cloud costs under control. More than half believe their primary source of cloud waste is a lack of visibility into cloud usage. 44% say at least one-third of their cloud spend is wasted each year. Over half polled executives blame poor visibility into cloud usage and costs as the top challenge of controlling spend and cutting waste. While 46% of execs blame overprovisioning for the waste, 45% point to cloud assets’ fragmentation across teams and vendors. Well over a third have been surprised by their cloud costs, and worse, 28% says it takes weeks to months to notice a spike in cloud costs.

The annual State of SMB Cybersecurity report from ConnectWise found that increased attacks are fueling investments in cybersecurity, with MSPs the leading provider. The pain is such that nearly three-quarters of SMBs agree that they’ve reached a tipping point where cybersecurity concerns demand action. SMBs no longer feel cybersecurity can be considered secondary after other priorities. 76% report at least one cyberattack in 2021 compared to 55% the year before. Where to turn? Over half of SMBs choose an MSP based on their ability to respond to security incidents, 47% look at capabilities and certification of MSP techs, 46% trust in MSPs to deliver, and 37% find comfort in knowing the brand names of MSP offerings. 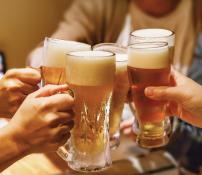 Bottoms up, millennials. The Japanese government noticed a decline in tax revenues from 5% in 1980 and 3% in 2011 to just 1.7% in 2020. Which taxes, you ask? Taxes on alcohol. Their solution? The National Tax Agency started the Sake Viva! campaign to encourage 20-39 year-olds to bend those elbows and help their country.

Why the drop? Lifestyle changes during the coronavirus pandemic, as well as other changes in young people. Beer consumption dropped 20%.

The government’s answer? Sake Viva! will brew up new ways to promote more home drinking and new sales methods, including in the metaverse. And, of course, remind people to drink the “appropriate amount” of alcohol.

Fraternities across America are working on their documentaries, er, ad campaigns now in preparation for the September 9th contest deadline.

ChannelPro 5 Minute Roundup for the Week of January 23rd, 2023
END_OF_DOCUMENT_TOKEN_TO_BE_REPLACED