ICYMI: Our Channel News Roundup for the Week of August 13th 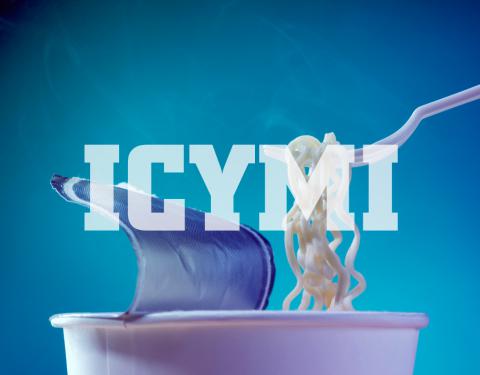 New GPUs from NVIDIA, new mobile workstations from Lenovo, new mini-PCs from Intel, and a $100,000 ramen heist are among the many stories we’ve finally gotten around to sharing with you. By James E. Gaskin
Tweet

Summertime may be gone for the students shuffling sadly back to school, but there’s still a few hot days full of news left to cover this season. Since the back to school rush encourages good deals, feel free to buy yourself something special. You deserve it. 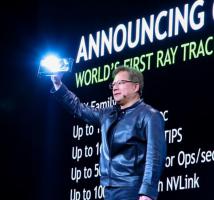 Processor news. NVIDIA Turing architecture-based GPUs should thrill “50 million designers and artists” according to NVIDIA Founder and CEO Jensen Huang (pictured). At SIGGRAPH, Huang announced the NVIDIA Quadro RTX 8000, Quadro RTX 6000, and Quadro RTX 5000, all providing hardware-accelerated ray tracing. Look for these and the Quadro RTX Server late this year and early next. 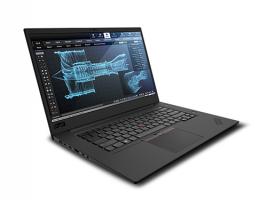 Hardware that’s not processors. Lenovo launched a new mobile workstation in the form of the ThinkPad P1 (pictured). The thinnest, lightest, and sleekest in the Lenovo mobile workstation catalog, units include 8th Gen Intel and Xeon Core processors, including the Core i9 CPU. The 15 inch box, includes a 4K UHD display, 4TB of M.2 PCIe premier storage, and 64GB of memory. 15 inches not enough? Check out the ThinkPad P72, which at 17 inches includes the hottest NVIDIA Quadro graphics, up to P5200. Shipping later this month.

Meanwhile in our nation’s capitol. President Trump signed the NIST Small Business Cybersecurity Act into law. The bill directs the National Institute of Standards and Technology to provide guidelines, tools, best practices, standards, methodologies, and other information to help SMBs implement the NIST security framework. Congress hasn’t appropriated funds for the creation of those resources, though, and adoption of the NIST framework remains voluntary. 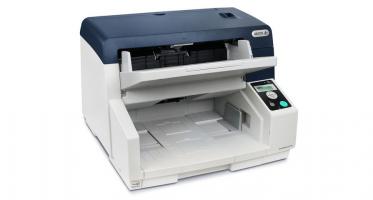 Wave hello to the newly released Ivanti Asset Manager Essentials, a pre-built IT asset management solution running in the cloud,

Curious about the workspace as a service market? CloudJumper (WaaS provider) announced a new channel promotion providing an unlimited number of free NFR licenses of Cloud Workspace to interested IT service providers.

Weren’t offices supposed to be paperless by now? Guess offices misplaced that memo. So Brother International decided to introduce its next generation of digital color printers. Seven models run the gamut from single-function to all-in-ones, small to large, and all with Wi-Fi support, in case we ever get the cable-less office.

Some paper you print, some paper you scan. When it’s time to scan, check out the new Xerox DocuMate 6710 (pictured). If 100 scanned pages per minute isn’t fast enough, a driver utility lets a single PC run several scanners at once.

ATEN Technology (connectivity accessories) says we all need more computers hooked to our monitors. They suggest the ATEN 4-port USB Boundless KM Switch. No hot-keys are required for this KVM switch because scrolling the mouse from one screen to another switches computers. Daisy-chain two of these and be lord and controller of eight PCs.

Endace does high-speed network recording and playback and Gigamon does network security. They did that team-up thing with EndaceProbe Analytics Platform and GigaSECURE Security Delivery Platform.

Need to know more about security? Of course, because we all do. That’s why the CompTIA CertMaster Learn for Security + (SYO-501) is now self-paced.

FireMon (security policy management) polled 334 C-suiters for its 2018 State of the Firewall report. Surprise (OK, probably not) we’re not doing well enough to make our firewalls work their best. 94 percent say firewalls are as critical as ever, or more critical, yet still struggle with basic firewall management like rule complexity (30 percent), policy compliance and audit readiness (17 percent), and rule optimization (14 percent). Why so hard? 26 percent of the companies responding have 100 or more firewalls, and 16 percent get more than 100 change requests per week. With challenges like this, it’s a wonder the network diagram for a firewall isn’t a slice of Swiss cheese.

Kaspersky Lab analyzed penetration tests in the new report Security assessment of corporate information systems in 2017. Turns out 73 percent of successful perimeter breaches in 2017 went through vulnerable web applications. Weak or default credentials opened the door in 29 percent of penetration tests. Protection against internal attackers was low or extremely low in 93 percent of companies. It appears three-quarters of companies didn’t update Windows systems against WannaCry and NotPetya/ExPetr for seven to eight months. Oopsie.

IDC updated its Worldwide Semiannual Big Data and Analytics Spending Guide and found revenues for big data and business analytics will hit $260 billion in 2022 thanks to a compound annual growth rate of 11.9 percent. Banking, discrete manufacturing, process manufacturing, professional services, and federal/central government will account for about half of the $166 billion in spending forecast for 2018. That’s up 11.7 percent from 2017. The US will account for $88 billion of those revenues this year, followed by Western Europe at a distant second with $35 billion. 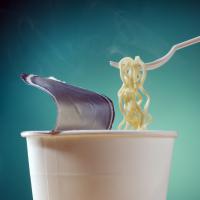 That’s using the old noodle (ramen variety). How much is $100,000 worth of ramen noodles? One report snidely suggested, “All of them.” In reality, it’s a crammed-full 53-foot trailer. In this case, one parked at a Chevron station on Georgia I-85 north. Other thefts in the area that may or may not be related include five car break-ins and one stolen motorcycle.

We think police are looking in the wrong direction. Ramen noodles are one of the favorite foods (?) of stereotyped gamers or hackers (especially on TV). Police should check out every Dollar General store in Georgia, because that’s one of the few retailers that still carry Jolt Cola (“All the sugar and twice the caffeine.”) Anyone buying Jolt by the case should be followed back to their gaming/hacking den of misdeeds.

Of course, since the trailer was locked (says the local sheriff), perhaps the miscreants didn’t expect to corner the world market on salty, flavor-challenged noodles. Can you imagine the disappointment of the thief, dreaming of a truck-full of TVs, finding about twelve million packages of ramen noodles?

Partnering Up
Is CompTIA Linux+ Worth It?
END_OF_DOCUMENT_TOKEN_TO_BE_REPLACED

Jabra PanaCast Review - Get Your Huddle On
END_OF_DOCUMENT_TOKEN_TO_BE_REPLACED