ICYMI: Our Channel News Roundup for the Week of April 8th 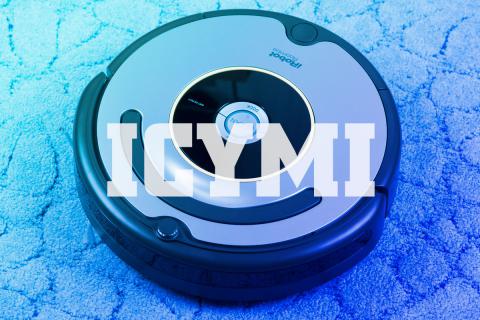 Piles of cloud news from Google, loads of devices from Acer, and a prowler with a genuinely spotless record are all among the stories we’ve just now gotten around to telling you about. By James E. Gaskin
Tweet

We all know Hollywood is big on sequels, but now weather’s hitting the repeat button too? After the Bomb Cyclone we get the Spring Snow Smackdown? Is this the last bit from WrestleMania 2019? Seven plus hours wasn’t long enough, so the show goes on across the entire Midwest? Someone tell the weather algorithm that “Winter is Coming” is about Game of Thrones, not the real weather. All this snow caused us to miss some interesting news, so put down that snow shovel and let’s catch up.

The “next” from Google Cloud Next. San Francisco hosted Google Cloud Next ‘19 this week. As usual, big news rained down, some of which you read about right here on ChannelPro. But not the launch of BeyondCorp Alliance, one of five ways for companies invested in the Google Cloud Platform (GCP) to improve identity and access management. General availability of an identity platform that you can use for your own apps and services was announced, as were Managed Services for Microsoft Active Directory for select customers.

Android 7.0+ phones can now add Advanced Protection to their personal Google Account. Start it up with Google Chrome on a Windows 10 PC with Bluetooth and two-step verification (2SV) on your phone.

How do you access clouds? Networking! (That was an easy one, right?). Google Cloud Networking has some new additions, like Traffic Director for open service mesh (beta) and High Availability VPN and 100 Gbps Interconnect (beta). Oh, and Private Google Access from on-premises to the cloud is now generally available.

Inspired by “Winter is Coming?” Then check out “ice cold” storage, Google’s new archive class of Cloud Storage for long-term data retention. $1.23 per TB per month.

G Suite got plenty of love as well from the new product boffins. Betas abound, but we all know beta from Google means a soft-launch of the product, not a testing phase. Check out goodies like G-Suite Integration with Google Assistant, Hangout Chats in Gmail, and the other dozen announcements.

Google Cloud for Retail is the umbrella for a new set of retail solutions from eCommerce Hosting to Real Time Inventory Management and Analytics and more. Nearly a dozen third parties big in retail (Accenture, Salesforce, SAP, etc.) are already on the shelf (so to speak).

Intel came to the show and announced a partnership with The Goog for Anthos, a new reference design based on the 2nd-Generation Intel Xeon Scalable processor and an optimized Kubernetes software stack that will deliver increased workload portability to customers who want to take advantage of hybrid cloud environments.

Where clouds are found so too usually is Citrix, and the company announced that Citrix SD-WAN and Citrix ADC will be available on GCP.

Talking to other people can be useful, so Avaya is integrating with Google Cloud more closely, by weaving Google’s machine learning technology into its contact center conversation services, for example. And adopting Kubernetes support. And offering Google Cloud Platform as a deployment option for its communication and collaboration offerings. You get the idea.

Data without backup, even in the cloud, leads to sadness eventually. Say hello to Cohesity Backup Service for Google Cloud. 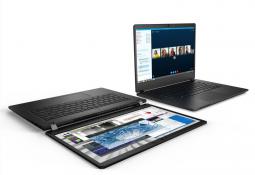 Acer waves a handful of new products. Make that two handfuls. Let’s start with the “Ultra-Thin-and-Light” Acer TravelMate P6 Notebook. 2.4 pounds with up to 20 hours of battery, along with the latest and hottest 8th Gen Intel Core i7 processors, and up to 24GB of DDR4 RAM. Serious road warriors take note.

Prefer a convertible? Many of the same Aspire 7 details apply to the updated Acer Spin 3 Convertible Notebook.

Chromebook fans in the enterprise will find lots to love in the new Acer Chromebook 715 and 714. Hot processors and long batteries along with durable chassis and even integrated fingerprint readers make looking at the 15.6-inch (715) or 14-inch (714) screens even more fun.

Acer’s ConceptD is a full product line of high-end desktops, notebooks, and monitors built to support professional and amateur creators. Want a dazzling desktop? Try filling it with dual Intel Xeon Gold 6158 processors with 40 cores and 80 threads and light the display with an NVIDIA Quadro RTX 6000[1] graphics board.

Enjoy the rewards of all your hard creator work with the Acer Predator Helios 700 gaming notebook, which has a HyperDrift keyboard for increased thermal performance. Oh, yeah, Intel i9 processor and up to 64 GB of DDR4 RAM. Multiple NVIDIA GeForce RTX GPU options too. Other options? The new Acer Nitro 7 and updated Nitro 5 Series of gaming portables with Intel, NVIDIA, metal chassis, and so on.

Gamers who stay home will appreciate the updated Orion 5000 desktop with top-line processors (i9 etc.), graphics (NVIDIA), and a liquid cooler option. View it all on the new Predator 43-inch 4K monitor at 144 Hz. Improved Cestus 300 mouse and Galea 311 headset beside the Aethon 300 keyboard finishes the ensemble.

Other products got in on the news act this week too. Built new from the ground up, the WatchGuard Cloud platform centralizes security management and reporting from a single cloud-based interface. Multi-tenants mean unlimited accounts, scalable performance, zero infrastructure requirements, and much more.

Slack users have even less reason to leave the scrolling notes: Office 365 apps for Slack. Respond to calendar invites, join calls, hang out the Do Not Disturb sign, send emails, preview Office files, and more.

Nerdio for Microsoft Azure Core just launched for MSPs in search of an easy first step on the road from on-premises servers to complete cloud-based IT environments.

Netwrix has done the integration dance with ConnectWise. 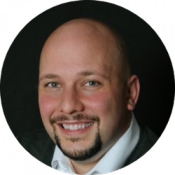 SolarWinds (IT management) signed the papers to acquire Samanage, an IT service desk company in North Carolina. Goal? Roll out SolarWinds Service Desk Product in Q2.

Ooma (communications) expanded its Channel Partner Program with a new white label offering. Partners can add their own branding, set pricing, and fully own the customer relationship while leveraging back-end services like billing.

Granite Telecommunications started up “Drive Faster,” a new program to help sales partners get up to speed quickly. Hopefully without speeding tickets. To help, Granite added seven new regional channel managers, and will add 10 more over the next six months.

Are you a software developer or original equipment manufacturer? If so, the new Avnet Direct Connect financial service can help you deploy your offerings faster, easier, and more profitably.

Reinvent Telecom launched a Bring Your Own Carrier (BYOC) program to allow partners to use third-party origination and termination carriers with Reinvent’s UCaaS and CCaaS platforms.

Some interesting news from Spiceworks in its 2019 State of Hardware-as-a Service (HaaS) report, like the fact that 48 percent of businesses currently lease at least one type of hardware. This is a move from the earlier model where companies managed their own equipment leases to the model were a hardware manufacturer or MSP manages the equipment. Of that 48 percent leasing already, half manage it themselves and half use the HaaS model. Nearly three quarters (71 percent) of HaaS customers report reduced time and resources required by their IT team. Nearly half report improved troubleshooting and support. And 40 percent said HaaS led to a lower cost of ownership for devices and overall reduced expenses.

It makes sense that spending on email security has jumped as cyber-attackers increasingly try to sneak in through the inbox. Thanks to Frost & Sullivan for its Global Email Security Market, Forecast to 2022, for the details. And those details can be considered exciting for email security firms. Growth of the market year over year was 11.4 percent in 2017. 2018 saw an increased 15.9 percent YoY growth to $2.59 billion. Looking toward 2022, a CAGR of 9.9 percent means $3.58 billion worth of email security tools. Vendors need to augment Office 365 and Google G Suite services and build out global data centers to meet privacy regulations. 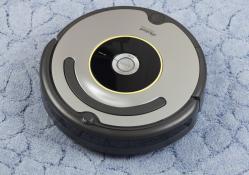 Roomba 911. A woman in Washington County, Ore., called 911 this week to report a “burglary in progress” at her home. The caller said a stranger was in her bathroom, the door was locked, and she could see shadows moving under the door.

Several brave deputies quickly arrived, surrounded the home, and approached the bathroom. The deputies reported hearing rustling inside. A K9 unit was in place as backup. After all, the old Cops TV show loved seeing perps running from K9 officers.

Guns drawn, deputies broke into the bathroom, ready for a dirty confrontation. What they found, however, was the cleanest possible resolution.

The “burglar” was the woman’s Roomba autonomous vacuum. Apparently, it closed the door during its cleaning duties and couldn’t escape.

No arrests were made. The suspect’s record was, and still is, clean.