ICYMI: Our Channel News Roundup for the Week of April 4th 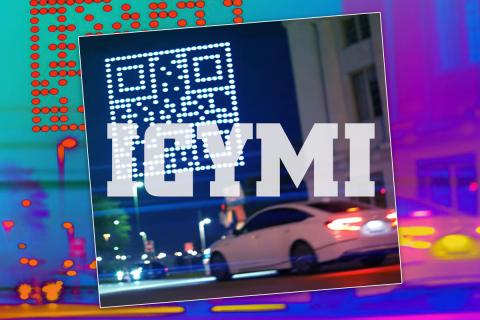 Windows 365 updates from Microsoft, acquisition news from AMD and NetApp, Azure Virtual Desktops from TD SYNNEX, and proof that we REALLY need to teach people not to scan random QR codes are among the many stories we’ve finally brought you. By James E. Gaskin
Tweet

Baseball fans stopped complaining about millionaire players demanding more money to play a game and greedy owners who deprive their fans of talent to keep their bank accounts fat and went to the ballpark for MLB Opening Day 2022 this week. After the last couple of years, waiting an extra week doesn’t seem so bad, does it? 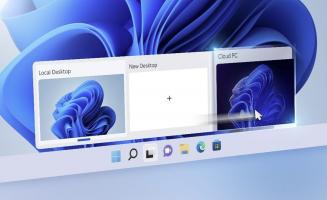 News from Mr. Softee. The Microsoft 365 blog discusses how Windows 11 and the new Cloud PC, Windows 365, are morphing to keep up with all the ways people work today. Try Windows 365 Boot to go straight to a Cloud PC on startup, use the Windows 365 app to do the same thing, and hop between a Cloud PC and your local desktop via Windows 365 Switch (pictured). Coming soon: Windows 365 Offline.

News from other hot shots. Google Cloud announced the preview of BigLake, a storage engine that removes data limits by unifying data lakes and warehouses. Analyze data without regard to the underlying storage format or system. No more duplicated or moved data. 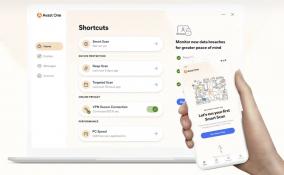 Users working outside the office don’t always practice security hygiene regarding devices, so Cato Networks rolled out application access control to combat the threat of infiltration through remote workers and Bring Your Own Device (BYOD) users.

Hello to the new Forescout Continuum Platform, an automated cybersecurity platform that manages risk across IT, OT, IoT, and Internet of Medical Things (IoMT) systems.

Avast One added a basket full of new features to its all-in-one protection service, including protection against online scams, fraud, and personal privacy threats. Also, check out Email Guardian. 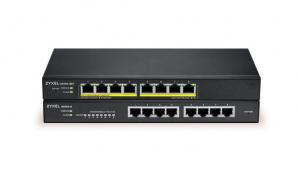 Other product news. Do your customers have users scattered here and yon who all want to access their desktops? The new TD SYNNEX Click-to-Run solution, an Azure Virtual Desktop, could be the ticket.

Zyxel has a new hybrid switch for the SMB market tagged the GS1915 Series 8-port GbE Smart Managed Switch (picture), along with a PoE version. Cloud-based management with NebulaFlex, AI-powered, and support for bandwidth-intensive applications.

Plug in the new Ooma Remote Device Manager and use the web portal for managing your Ooma AirDial POTS replacement.

Take a look at the new Epson PixAlign ELPEC01 camera, and marvel at its ability to streamline setup of advanced projection applications on Epson’s line of interchangeable lens projectors.

Welcome Foglight 6.1 from Quest Software, which improves the ability to spot and diagnose issues in data operations, performance, and efficiency, helping you make faster, smarter decisions. 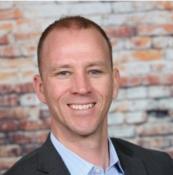 It’s a business card bulk order at LogRhythm, with these new and promoted faces in places:

On July 1, BeyondTrust CEO Matt Dircks will retire and become executive chair of the board of directors. Current COO and CFO Janine Seebeck will step up to CEO.

Order new biz cards for David Jodoin as he moves up to president and chief technology officer at NYNJA Technologies.

ConnectWise partners have a chance to score $70K in investment money if they become one of ten firms accepted in the PitchIT Accelerator Program, make it to the top three, then perform the winning presentation live onstage at the IT Nation Connect conference in November.

Instaclustr agreed to be acquired by NetApp, subject to customary closing conditions.

Deloitte and VMware teamed up on the Deloitte VMware Distributed Cloud practice to help businesses undertake digital transformation and more.

You can now get the Google Chrome OS from TBI, which in turn means they can run contact center as a service solution on Chrome OS devices. If you need the support experience platform from SupportLogic, they have that too.

The quarterly Internet Security Report from WatchGuard Technologies found, sadly, that network attacks are the highest in the past three years. There’s a record number of evasive malware detections, especially in EMEA, where the number quadrupled to a point over twice the rate of the rest of the world. Based on traffic during Q4 2021, when traffic was up 39% quarter to quarter, 78% of the malware was evasive zero-day threats. Our old “friend” Emotet, slowed by U.S. law enforcement, surged again in the fourth quarter.

In a totally related matter, the Acronis Cyber Protection Week Global Report 2022 found that 76% of companies globally suffered service downtime in the past year. The primary causes were system crashes, human errors, and cyberattacks. Insider attacks accounted for 20.2% of companies suffering downtime, 36% of incidents were caused by cyberattacks, while 42.3% of IT managers blamed human error. 86% of IT managers expressed moderate or major concerns about politically-driven cyberattacks.

The first ever cyber insurance report from Cowbell Cyber, Cyber Round-Up, reports that 79% of policyholders believe cyber insurance is worth the cost. Better, 74% agree that they’ve improved their cybersecurity awareness as a result of acquiring insurance. Almost half would like their insurer to provide cybersecurity awareness training for employees. Hospitality and mining had the highest risk exposure to problems in the software supply chain, followed by public services, education, and transportation. 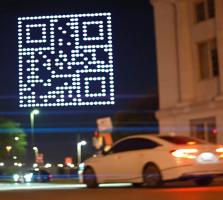 April Fools. This should maintain a high spot on the Top Prank Lists for the next few years. In Dallas, drone display company Sky Elements used 300 drones to put a giant QR code in the sky on April Fools’ Day, er, night.

Citizens needed only point their phones at the QR code in the sky to see the marvelous message brought to us through advanced technology: Rick Astley singing, “Never Gonna Give You Up.”

Yes, the entire population of Dallas, Texas, was Rickrolled. The YouTube video is proof.

Of course, it appears few people in Dallas know that malware for your phone can come through a malicious URL hidden inside a QR code. Sure, go ahead, keep linking through random QR codes you see everywhere. Do it often enough and you’ll get a new phone!