ICYMI: Our Channel News Roundup for the Week of April 29th 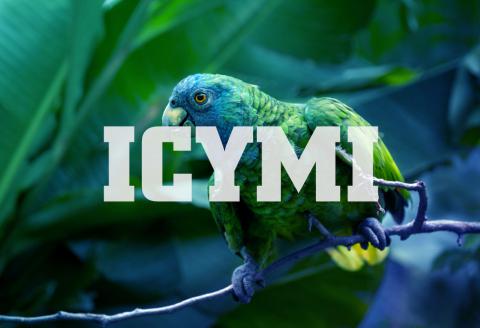 Partner program updates from Dell Technologies, new Azure services from Microsoft, and a Brazilian parrot who refused to be a stool pigeon are among the stories we’ve just now managed to tell you about. By James E. Gaskin
Tweet

Spring is renewal, love in the air, and conferences. The basketball playoffs are in the second round and many are still crying over the bets they made on the Los Angeles Lakers to sit on the roundball Iron Throne this year. Speaking of Game of Thrones, did HBO forget to pay the light bill for filming the battle? Looked like the living smudgy blobs beat the undead smudgy blobs thanks to a flying squirrel. Or something. While millions argued, lots of news snuck by in the darkness, so let’s catch up. 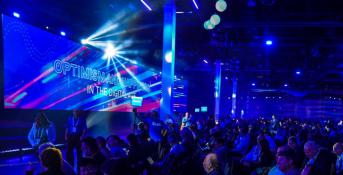 Odd weddings happen in Vegas (at least it wasn’t red). While not really a wedding, Dell and Microsoft “renewed vows” and expanded working arrangements. Dell now offers a fully native and certified VMware cloud infrastructure on Microsoft Azure. Microsoft 365 users can manage Office 365 devices through VMware Workspace ONE to boot.

Even privacy got a boost, thanks to increasing transparency and customer control over data collected by Microsoft’s major products. Connected cloud experiences offer more user control, although some services like mailbox syncing, updates, and authentication must remain active.

Amazon Simple Storage Service (S3) buckets are wildly popular. Even better? Amazon S3 Batch Operations, which lets you copy, set tags, set access control lists, initiate a restore from Glacier, or invoke an AWS Lambda function for hundreds to billions of S3 objects. Will the next version be a Son of a Batch?

Other product news. SolarWinds MSP added seamless management of Windows devices and makes through the same dashboard to its SolarWinds RMM solution.

On the eve of Small Business Week (May 5-11) Canon announced a new Color ImageCLASS MFP line for SMBs. Six models share new goodies such as large touchscreens with touch-and-swipe technology and three-year warranties.

Addigy says its enhanced Apple Device Management platform, with new features like single sign-on, peer-to-peer caching, enhanced MDM, and training resources for IT admins, is ready for business too.

NetMotion Software announced NetMotion Reputation, a subscription service that identifies risk profiles of hundreds of millions of web domains. So scammers don’t all use the .fraud TLD?

Firmware attacks have sadly become a thing. CrowdStrike Falcon claims to be the first to offer continuous monitoring down to the firmware level. 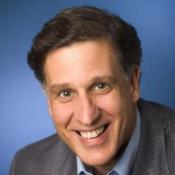 The Global Technology Distribution Council (GTDC) announced Frank Vitagliano (pictured) as its next chief executive officer. Hear him give the opening speech at the Summit EMEA event in Lisbon, Portugal, June 17-19.

ConnectMeVoice rolled out the welcome wagon for Raffi Jamgotchian, its new head of channel sales and marketing.

Speaking of Cradlepoint, Tech Data made its NetCloud Solution Packages available to Cradlepoint-authorized resellers in the U.S. in need of wireless networking technology for IoT and 5G.

Sitting on a dynamite product idea for the ConnectWise platform? Like the sound of winning up to $75,000 in investment capital from ConnectWise? Get your entries in for this year’s PitchIT content. Deadline is June 1st. Winners named at the IT Nation Explore conference two weeks later.

During its Interchange 2019 meeting in Nashville, Tenn., Ivanti announced the results of a survey of 400 IT professionals about data. Turns out data wrangling is harder and takes longer than one might think. Too much info remains siloed across departments, causing problems with automation (46 percent), user productivity and troubleshooting (42 percent) and customer experience (41 percent). More than half (51 percent) report they must work with data for weeks or more before it becomes actionable. Only 10 percent says they data they receive is actionable within minutes. Only one in three respondents have the resources to act on their data. Painfully, 15 percent have too many data sources to count.

Techaisle released its 2019 U.S. SMB and Midmarket Security solution adoptions trends survey. 55 percent of U.S. SMBs suffered a security incident in the past year, but as many as 70 percent didn’t report any. Data shows SMBs are regressing in their adoption of security solutions to protect themselves (barn door locks and horses, anyone?) About a third feel their security budgets are adequate, down from 43 percent in 2017. Only 22 percent say they are better prepared compared to 32 percent in 2017. Cloud security is the top challenge for 34 percent of smalls and 42 percent of mids.

VadeSecure published its Phisher’s Favorites report for Q1 2019. Still number one? Good ol’ Microsoft. Good news is that the pace of phishing phraud dropped slightly from Q4. Office 365 credentials remain perhaps the most coveted target. PayPal retained the number 2 spot, thanks to an 88 percent increase in phishing URLs in Q1. Netflix remains a popular hook to dangle with consumers and business people both. Following those three, in descending order, are Facebook, Bank of America, Credit Agricole, DHL, Apple, Dropbox, and the Canadian Imperial Bank of Commerce, which shot up nine spots to claim slot #10.

Oops. KnowBe4 says that simulated phishing tests that include “LinkedIn” in the subject line get clicked 50 percent of the time by users. Shh, nobody tell the spammers, but do warn your users. 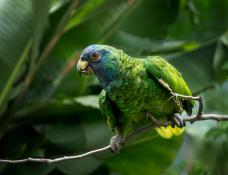 From the Files of Parrot Squad. The old joke in Washington D.C. is “if you want a friend, get a dog.” Now the advice in Teresina, Brazil is, “if you want a loyal lookout, get a parrot.”

Yes, parrot, preferably a Puerto Rican parrot. When police arrived at the home of two “alleged” drug dealers, the bird squawked, “Mama, Police!” (in Portuguese). Alas for the drug dealers, the police nabbed the man and woman with crack and marijuana and a pile of money.

Apparently, you can buy loyalty with birdseed, because the parrot has “refused to say a word,” according to police. Forget waterboarding, ask the parrot (name still unknown) if it wants a cracker.

How MSPs Can Maximize Revenue in the Face of Churn
END_OF_DOCUMENT_TOKEN_TO_BE_REPLACED

Jabra PanaCast Review - Get Your Huddle On
END_OF_DOCUMENT_TOKEN_TO_BE_REPLACED