ICYMI: Our Channel News Roundup for the Week of April 27th 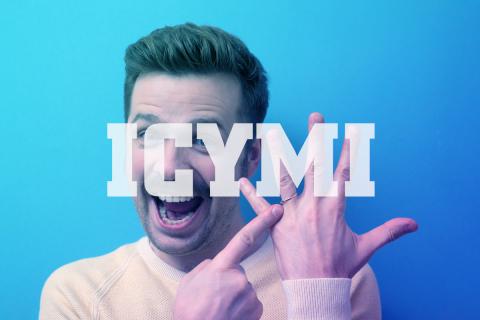 New virtual desktop goodies from Microsoft, new Azure backup goodies from Veeam, a new partner program from Acronis, and the tale of a man who went grocery shopping for mom but came home with a surprise instead are among the stories we’re finally bringing your way. By James E. Gaskin
Tweet

We made it to May, so pat yourselves on the back. Patting someone else on the back is still a long-distance operation. Now that people can get out more, the Midwest and Northeast temps will be lower than average for May. Those in the West and South will see above-average temps. Kind of a cool yin versus a warm yang situation. And the situation with newsbits is that we missed some. Time to fix that. 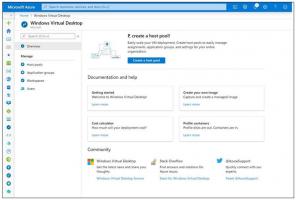 Wintel news. Remote work isn’t new to you, but it is to many of your clients. To help, Microsoft revved up Windows Virtual Desktop capabilities to make shelter-in-place computing even easier. Faster and simpler deployment, admin built into the Azure Portal (pictured), and enhanced security and compliance improvements lead the way.

Remote developers have some new tools thanks to Microsoft Visual Studio Codespaces. Offers cloud-hosted development from literally anywhere. Sometimes faster than local execution, preview users say, and prices are going down next week. 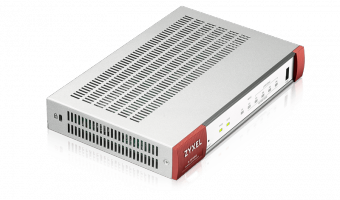 Security news. Now that hackers aim at small businesses about 40% of the time, those smaller companies need all the help they can get. So Zyxel and McAfee teamed up to offer an integrated, one-box security solution for SMBs. McAfee’s anti-malware was baked into Zyxel’s high-end ATP firewall family.

Deceiving hackers is such poetic justice. That’s what Illusive Networks does as part of its cyber defense software. Now it has new features to reduce cloud computing security risks. Works on Microsoft Azure, AWS, and Google Cloud Platform.

Need to fill some security gaps with a little more training? Check out Fortinet and its 24 advanced security classes, now available for free. Previously most of these were limited to Fortinet partners. 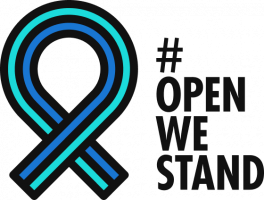 Coronavirus news. Acronis joined the #OpenWeStand movement, over 30 brands contributing resources, tools, and insights to help small and microbusinesses make it through the current economic slowdown.

One more thing to blame that damn virus for: ConnectWise’s IT Nation Explore conference will take place next month in cyberspace, rather than sunny Florida. On the plus side, though, it’s now totally free.

Zoho just introduced its Vertical Relief Plan (VRP). Lots of tools and programs to help those in the education, non-profit & government, and retail verticals. 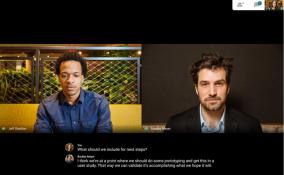 Other product news. First rule of protecting data? Back that stuff up. Hello to Veeam’s new Veeam Backup for Microsoft Azure. Enterprise focus, and it also enables cloud mobility across a multi-cloud environment.

Some still pine for Google Hangouts, but the new Google Meet premium video meetings (pictured) are now free for everyone starting this week. Anyone with an email address can sign up for Meet and get most of the features available to business and education users. 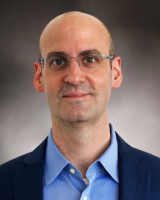 Training group Creating IT Futures just launched the CompTIA Tech Career Academy in Chicago. It expands existing IT-Ready Technical Support Programs to prepare adults for their first IT jobs. Online only for now.

Get off the couch and put on some workout clothes. The 2020 Acronis #CyberFit Partner Program is up and running. Partners can up their potential with increased marketing help, #CyberFit Academy for training and certification, remote-work solutions, and more.

The security analytics and automation folks at Rapid7 wrote a  check to acquire DivvyCloud. Should close in the second quarter.

The new “SolarWinds IT Trends Report 2020: The Universal Language of IT” shows that traditional IT siloes are finally starting to break down. This was completed before the pandemic, which turned technicians into essential workers with a variety of new job functions. The survey found that tech leaders are working alongside business leaders more than before. It also found a new reality for IT pros where roles have converged while budgets remain focused less on emerging technology and more on infrastructure, hybrid IT, and expanding the IT charter from operations to optimization. Staffing was influenced most by cloud computing, security and compliance, and hybrid IT (55%, 52%, and 34%). New tech like AI, edge computing, microservices, and containers lagged. Respondents said less than 25% of company spending focused on emerging technologies.

Arcserve commissioned Dynata to create, “Ransomware’s Stunning Impact on Consumer Loyalty and Purchasing Behavior.” Tuns out 70% of consumers believe businesses aren’t doing enough to secure their personal information. How bad? They assume it’s been comprised without them knowing about it. 9 of 10 consider the trustworthiness of companies before buying, and 59% would likely avoid doing business with an organization that suffered a cyberattack in the past year. Two-thirds aren’t at all patient with downtime, saying they would turn to a competitor if a company stayed down three days after a cyberattack. But only a third of those would switch within 24 hours of being unable to access their information or make a transaction.

KnowBe4 asked Forrester Consulting to conduct “The Rise of Security Culture” study. 1,161 respondents in security or risk management took part. All knew the value of a strong security culture but struggled to define and implement one with the speed of the market. 94% say security culture is important for business success and 92% say they have embedded security within their companies. Yet they still experience security incidents. Security strategies are not yet woven into their overall business strategies. Perhaps the long-familiar trick of bolting security on at the end of the process design will finally die someday, but not yet. 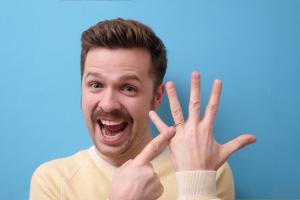 Grocery stores in India apparently still have spouses in stock. In Uttar Pradesh, India, a mother sent her son to the store to buy groceries, but he came home with his wife. And the son probably forgot the bread, too.

When son Guddu, 26, went to the store, he brought back new wife Savita. She’d been asked to leave her rented place in Delhi. Since mom’s so upset, the police asked Savita’s landlord in Delhi to let her back in her rented place.

The son’s secret wedding took place two months ago, and the newlyweds planned to get a marriage certificate after the current lockdown ends. Seems it’s hard to get witnesses to a secret wedding during a pandemic.

Let’s hope Guddu gets his mom a really, really nice Mother’s Day gift to make up for bringing home a surprise wife.