ICYMI: Our Channel News Roundup for the Week of April 25th 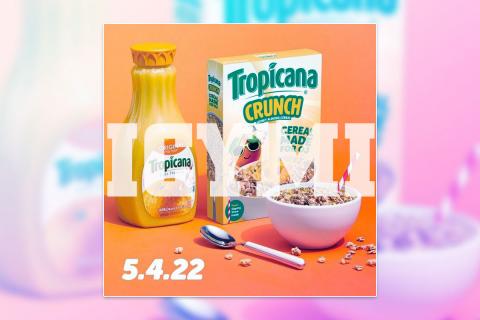 Centralized security from Trend Micro and Kaspersky, a new speakerphone from Poly, a new CEO for LastPass, and a dubious new addition to the cereal aisle at the grocery store are among the stories we waited all the way until now to tell you about. By James E. Gaskin
Tweet

Are we sports crazy? Exhibit 1: During the NBA and NHL playoffs, in the middle of the Major League Baseball season, the NFL draft is live on TV three successive days. Thursday and Friday evenings during primetime, and then on Saturday afternoon’s prime slot for sports, you can watch people you don’t know drafted by 29 teams that you don’t follow. Yep, sports crazy.

Microsoft Cloud for Financial Services hit general availability in November 2021, with a list of major partners and customers. Enhancements now include expanding beyond North America and the U.K. to nine more countries, including France and Germany, as well as a preview for Intelligent Appointments in the U.S. and U.K. markets. 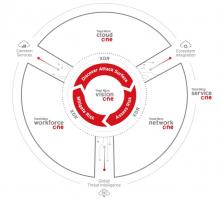 Startup BOXX Insurance launched its Virtual CISO (vCISO) to make it more affordable for small to midsize organizations to protect themselves.

BeyondTrust revved its partners program into an all-in-one global program. Partners now have more chances to sell, implement, and support clients. Better security for them, more profit for you. 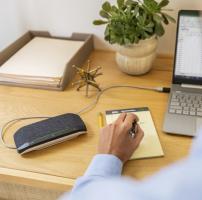 As we learned, working from home doesn’t let you avoid teleconference meetings. Might as well listen to your manager blather on and on with better audio, with help from the new, all-in-one USB Poly Sync 10 speakerphone (pictured).

Epson added to its Pro Series of live event and venue projectors with the world’s smallest and lightest 20,000 lumen devices: the EB PU-2220B and EB-PU2120W. Yes, 4K enhancement included.

Targus just released two Thunderbolt 3 docks, DOCK215 and DOCK222, that connect a laptop to dual 4K UHD monitors, along with bunches of other ports, plugs, and even fast-charging USB-A 3.2 Gen 1 ports. 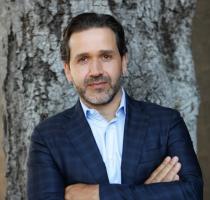 Over at Ivanti, the crimson walkway is for new COO Dennis Kozak.

Everyone needed red carpet this week. At Arctic Wolf, it was for Duston Williams, the new CFO.

HIPAA compliance can be a complicated sale, so the Compliancy Group launched a sales enablement program for their MSP partners to make sure customers get all the advanced security offerings needed for full compliance.

Supermicro and FS.COM teamed up to put more of their rack servers and network solutions into data centers.

Consulting services and contact center programs from Inoria are now available through TBI.

Kaspersky’s DDoS Attacks in Q1 2022 report shows, no surprise, more DDoD attacks along with unprecedented duration for DDoS sessions, particularly when aimed at banks and state resources. The surge started in late February as a result of the fighting in Ukraine. Q1 2022 saw the number of attacks increase by 46% over Q4 2021 which was previously the all-time highest period of DDoS attacks. “Smart” or advanced and targeted attacks grew at 81% compared to the previous quarter. New twists include mimicking the popular 2048 puzzle game to gamify DDoS attacks on Russian websites, as well as a push to build a volunteer IT army to facilitate more attacks. An average DDoS session was 80 times longer than in the first quarter of 2021, with the longest attack continuing for 177 hours. Experts feel many of these are by “ideologically motivated cyberactivists.” 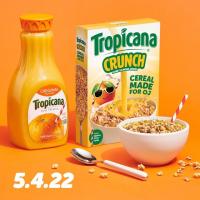 Dog’s breakfast. Admit it, sometimes you discover after you pour a bowl of cereal that your milk has turned or disappeared. Do you pour your cereal back in the box, or pour something else on your cereal?

Before you reach for your water tap, here’s a new consideration for you: orange juice. Yes, Tropicana suggests you pour orange juice on your cereal.

Not just any cereal, of course, but their own Tropicana Crunch, a honey almond cereal designed (yes, on purpose) to be eaten with orange juice rather than milk.

Maybe this isn’t as genius or goofy as you might think. Tropicana’s website is giving away the cereal, so this is all marketing. But watch that website on May 4th for ways you can win a box.

ChannelPro 5 Minute Roundup for the Week of January 23rd, 2023
END_OF_DOCUMENT_TOKEN_TO_BE_REPLACED