ICYMI: Our Channel News Roundup for the Week of April 24th 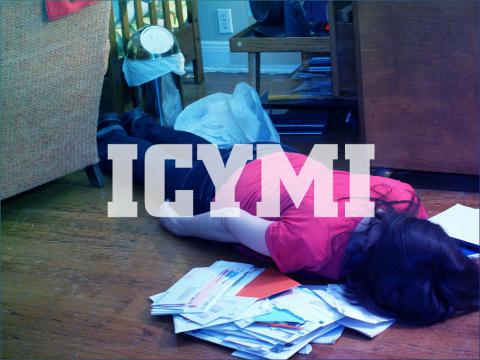 New integrations between Dynamics 365 and LinkedIn, a truckload of new products from Acer, and proof positive that some people hate snail mail a lot are all among the stories we didn’t get around to writing about this week.

And what, you wonder, will be our excuse for not reporting so much tech industry news this week? Well, perhaps we take things a touch too literally, but the instructions on our shampoo bottle said “lather, rinse, repeat.” We’ve been in the shower all week.

Or we were, anyway, until the shampoo ran out. Now, as our skin de-puckers, we’re ready to catch you up on all the stuff we didn’t get around to amid our reporting on Ingram Micro’s Cloud Summit, Lenovo’s partner conference, and ConnectWise new freebie remote access solution.

Sweets for the (Net)Suite. It stood to reason that NetSuite would use this year’s SuiteWorld conference to reveal how it intends to capitalize on the deep pockets at its disposal now that it’s part of Oracle. The SaaS trailblazer didn’t disappoint either, disclosing plans to tap into its new corporate parent’s “vast global scale and resources” by adding 6 new data centers to the 5 it operates currently and open field offices in 13 countries beyond the 10 it’s in already. That was on top of the introduction of a major update to its ERP solution that included accounting, billing, and supply chain management enhancements, and the official debut of a new offering named SuiteSuccess that pulls all of NetSuite’s ERP, HR, and e-commerce solution together into heavily verticalized bundles.

Also new from Microsoft this week were:

Before we move on past earnings news altogether...Amazon Web Services may still be the public cloud leader in market share, but it trailed Microsoft in top line growth last quarter, racking up a “mere” 43 percent uptick based on numbers released yesterday. Alphabet doesn’t break out results for its Google cloud services, so it’s hard to know what their latest quarter looked like, but the numbers were strong at the parent company level, with revenue up 22 percent.

Intel’s financials, also updated yesterday, were a bit more puzzling. On the plus side, revenue grew 8 percent year-over-year and operating income soared 40 percent. On the less plus side, the company’s data center group, which is supposed to be helping drive Intel into a new future as a leader in cloud computing and Internet of Things platforms, recorded the same 6 percent revenue improvement as the been-there, done-that, yesterday’s news client computing group.

Acer-palooza. Give the folks at Acer credit for one thing, at least. When they stage a new product showcase they keep the catwalk loaded with new stuff. They sure did yesterday, anyhow, at a press briefing that served as the launching pad for:

We’d mention the new smartwatch too, but there is such a thing as overkill, Acer.

Guess what? Other companies managed to bring new products to market this week as well. More specifically:

And when not shipping products...Vendors were making news in other creative ways. For instance:

Snail mail bail. Some of us are old enough to remember when sorting through the latest bounty from the postal service was a comforting end-of-day ritual. The rest of us are apparently desperate to get paper mail out of our lives.

How desperate? Desperate enough to give up chocolate and alcohol if that’s what it takes, according to new research from Inlet, a provider of digital document delivery services to companies that want to replace outbound snail mail with the “e” variety. We sense a different business opportunity in the offing here though: Give us all your booze and chocolate and we’ll figure out a way to keep letter carriers away from your mailbox. We should be sufficiently drunk and high on sugar to pull it off too.

Inlet also reports that 48.2 percent of respondents to its survey would never let Amazon’s Alexa, Apple’s Siri, or another virtual assistant pay bills for them. Until they grow a little less dim-witted, that’s probably a wise policy.

LG Gram for Business 17 (2020): Big Reasons to Like It
END_OF_DOCUMENT_TOKEN_TO_BE_REPLACED