ICYMI: Our Channel News Roundup for the Week of April 22nd 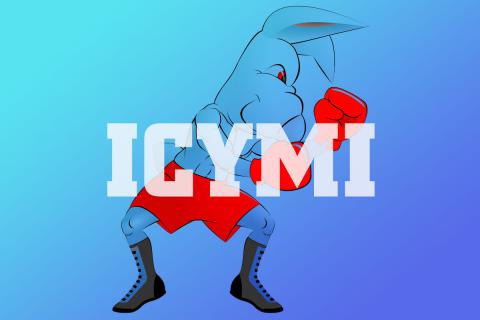 Software from Microsoft, hardware from NVIDIA, and a beatdown from the Easter Bunny are three of many stories we’re only now telling you about. By James E. Gaskin
Tweet

Spring keeps sprunging, or springing, or whatever the most fun term is for this season  in which thunderstorms drop tornadoes full of hail (at least they’re not full of sharks). The storms march across the middle of the country then eastward and northward on their never-ending quest for trailer parks. And since it’s spring, how did the NFL manage to create a huge event out of draft day to interrupt the NBA playoffs? Our indignation caused us to miss some news, so let’s catch up.

Microsoft makes news all year. Microsoft Office 365 supports every employee in most companies. How to keep them all secure? Try the new Security Policy Advisor (pictured), an app in Office 365 ProPlus. Handle policies across devices, manage security configs, and get the policy feedback you need.

Azure SQL Data Warehouse reserved capacity and software plans for Red Hat Enterprise Linux and SUSE will let you save up to 65 percent on your workloads.

Analytics users should enjoy the collaboration between Databricks and Microsoft on MLflow Open Source Project. MLflow gets downloaded more than 500K times per month, so jump in. 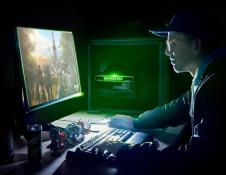 Performance on a budget seems like an oxymoron, but now that the NVIDIA GeForce GTX 1650 board is only $149, we need to rethink.

Can you get that in writing? Sure, and print it on one of the four new High-Volume A3 color MFPs from Sharp. New models in its color Advance and Essentials Series (now 11 units strong) print from 26 to 60 pages per minute.

IoT too. IoT devices need lifecycle management as well. Say hello to VMware Pulse IoT Center 2.0 SaaS for fine-grained management of the full lifecycle of IoT/edge devices. Helps both IT and OT groups getting into IoT. 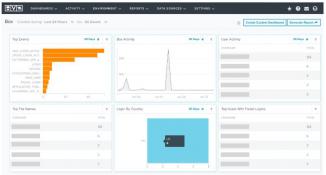 OPAQ (cloud security) announced the eponymous OPAQ Cloud, a set of tools that provide up to 15 Gbps of hyperscale security-as-a-service. Helpful for orgs needing carrier-grade network performance and security.

Two new programs from Varonis should help customers tighten their security nets. Thy are Varonis Certified Administrator Training (online) and a new Elite invitation-only level in the Varonis Customer Community. 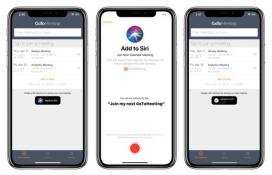 Other products made some news, too. CloudJumper souped up its Cloud Workspace for Azure with the addition of a Windows 10 VDI option that allows customers to deploy Windows 10 OS VDI instances in Azure using the Cloud Workspace Management Suite.

ManageEngine announced that the cloud version of ServiceDesk Plus now includes Zia, Zoho’s conversational AI assistant and IT virtual support agent. Another way to avoid repetitive user questions via automation.

Welcome to the EnGenius Cloud from EnGenius Technologies, a cloud-based wireless network management option for small and medium businesses.

The joys of getting out of meetings by leaving town were long ago crushed by LogMeIn’s GoToMeeting (pictrured). At least the company now makes it easier to join meetings with Siri mobile commands, enhanced calendar plugins, and Mobile Commuter Mode.

SugarCRM revved up to the new faster Sugar 9 platform. Get up to 70 percent more transactions without investing in new hardware. Easier collaboration and more than 110 new reports make sales a breeze (OK, at least easier). 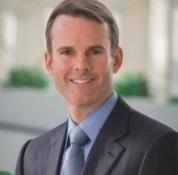 News about new positions. Don’t know if he has a corner office, but Kevin M. Jones just became chief executive officer at Rackspace, taking over for Joe Eazor.

Cyren (security) just approved Brett Jackson as its new CEO. He takes over in May.

Think “digital transformation” is just another bastardized buzzword? If so, it looks to be a money magnet as well, according to IDC’s Worldwide Semiannual Digital Transformation Spending Guide. Forecast for global DX spending is $1.18 trillion in 2019, up 17.9 percent over 2018. Two manufacturing areas lead the charge: discrete ($226.1 billion) and process ($124.5 billion) Smart manufacturing powered by autonomic operations get the most attention. The next largest industry is retail trying omni-channel commerce, supplied by digital supply chain optimization in transportation and facility management. Our future robot overlords in manufacturing will see $45 billion spent. Hardware and service investments will account for more than 75 percent of all DX spending this year.

We rarely hear the terms “security” and “getting better” in the same sentence, so let’s enjoy this. According to the 2019 SANS State of Cloud Security survey to be released on May 1, 2019, cloud security is improving. Slowly, perhaps, but improving. More and more important data moving to the cloud makes security crucial, and companies are taking this seriously. 56 percent of respondents admit unauthorized cloud access by outsiders is a concern, but 72 percent say they aren’t aware of any actual breaches. This is good news, compared to only 69 percent who could say that last year. Trust in providers seems to be behind the drop in concern about data breaches from 53 percent in 2017 to 44 percent in 2019.

Easter Bunny beat down. Where else but Florida? Two gentlemen engaged in fisticuffs…well, this was on a street in Orlando, so let’s say two dudes started whaling on each other. Cellphone video showed a giant white bunny hopping into the frame and started separating the two combatants.

Ah, Easter, the holiday of peace and rebirth and spring, right? Wrong. Said bunny pulled one man off the other, threw him down, and started delivering an Easter Bunny Beat Down. That will really crack your eggs, won’t it?

Police arrived and broke up the brawl while Easter Bunny danced around the scene, shadow boxing like a pro. No doubt he was threatening to get Bunny Busy yet again with more big paw haymakers if necessary.

Every kid has the same question: will Beat Down Bunny deliver needed justice when a sibling steals their candy?

Sophos Says Attackers are Ganging Up on Victims
END_OF_DOCUMENT_TOKEN_TO_BE_REPLACED