ICYMI: Our Channel News Roundup for the Week of April 1st 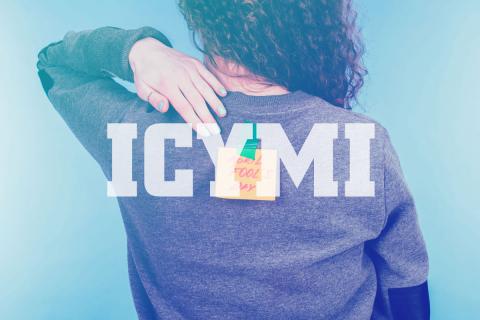 Alliances and services from NetSuite and Schneider Electric, IoT offerings from Microsoft, and some fun and not-so-fun celebrations of April Fool’s Day from tech vendors are among the stories we’ve finally managed to tell you about. By James E. Gaskin
Tweet

This week ends with the Final Four on Saturday, and started with April Fool’s, which is how everyone feels when their March Madness predictions go awry. Oh well. Who could foresee two first-ever teams getting into the Final Four? None of those “psychics” gazing into crystal balls had perfect brackets, either. Those mediums missed a bunch of news while guessing our fortunes too, so let’s catch up. 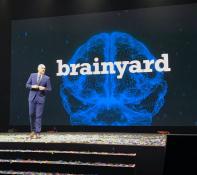 News notes from NetSuite. This week’s SuiteWorld event for users and partners of Oracle NetSuite celebrated growing customer demand for cloud ERP systems. As ChannelPro revealed elsewhere, NetSuite announced SuiteLife, a partner engagement initiative designed to help new partners start selling and delivering NetSuite in only 90 days, at that show. It also, however, announced that it’s teaming with Dell Boomi to introduce a series of solution accelerators. The first available will be the Boomi Integration Accelerator for NetSuite and Shopify.

ERP customers like to know details. To scratch that itch, NetSuite launched a new—and free—business research and benchmarking service. Look up NetSuite Brainyard to get insights from nearly 500 subject matter experts and 16,000 NetSuite customers.

News flashes from Schneider Electric. Schneider Electric makes and integrates a large variety of things for energy management and automation, and those things have to work well with other things. Enter the Schneider Electric Exchange, a cross-industry open ecosystem dedicated to solving real world problems. All content, IoT applications, software, datasets, analytics, and tools are available to everyone in the program.

And speaking of power, Schneider Electric introduced the Galaxy VS (pictured), a modular 10-100kW, three-phase UPS designed to meet critical power requirements. According to its proud parents, the Galaxy VS’s compact and flexible design makes it a good choice for edge computing and small data centers. 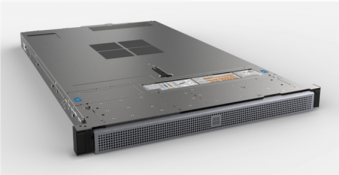 Just plain news from Microsoft and Google. Microsoft’s Azure Industrial IoT cloud platform, in collaboration with the BMW Group, launched the Open Manufacturing Platform, which is designed to help manufacturers share their data with ecosystem partners in a controlled and secure way.

Clouds or not, every process that creates or uses data must worry about security. Worry less now that Microsoft’s Advanced Threat Protection for Azure Storage is available. Included is a regulator compliance dashboard in Azure Security Center.

On the eve of the big NAB Show for media and entertainment types, Microsoft wants you to remember while it doesn’t make content it does help those who do. Media content should pop into creation faster with the new Azure FXT Edge Filer caching appliance (pictured). Supporting that? The new Azure Render Farm Manager Portal, now in preview.

Speaking of online documents (did we forget to mention those?), Google added new integrations with DocuSign, K2, and Nintex to Google Drive to speed your workflow. 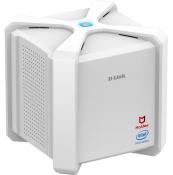 Home routers used to be boring, but as demand for bandwidth from computers, tablets, TVs, toasters, and all the other smart home devices exploded, the market got exciting. Say hello to the D-Link AC2600 Wi-Fi Router Powered by McAfee (DIR-2680, pictured). Dual band 802.11ac with MU-MIMO tech with McAfee Secure Home Platform to keep your fish tank unhacked.

Other product news. Kaspersky Lab launched a new edition of Kaspersky Endpoint Security Cloud that comes in two flavors. The base system offers classic cybersecurity, such as file, web, and mail protection, plus firewall functionality and behavior detection and exploit prevention capabilities. Endpoint Security Cloud Plus adds web and device controls as well as patch and encryption management. 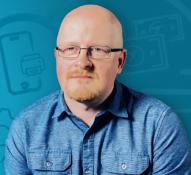 Still news, but no products. Ever wonder if Intel’s red carpet is really Intel blue? Whatever color it is, it was rolled out to welcome George S. Davis as executive vice president and chief financial officer.

The red (or whatever color) carpet unfurled at NinjaRMM for new Chief Security Officer Lewis Huynh.

You already know Acronis for backup and more. Say hello to Acronis SCS, an independent American company dedicated to meeting the unique requirement of the U.S. public sector.

Wasabi, the hot cloud storage company, launched the Wasabi Partner Network. No tiers and a simple pricing model. And a chance to mention our favorite Jean Reno action-comedy movie. Safe for work (mostly) but not politically correct.

Toshiba’s back in the laptop biz, then suddenly not, because Toshiba Client Solutions has now become Dynabook Americas. Look for products by the end of Q3.

Synergy Research Group put some real numbers to what we all believed: cloud infrastructure keeps growing and growing and growing. Cloud service revenues will continue to rise by almost 50 percent per year. Enterprise SaaS will grow by 30 percent, search/social networking revenues will grow by almost 25 percent, and ecommerce revenues will be up by over 30 percent. Total data center infrastructure revenues, counting cloud, non-cloud, hardware, and software, were $150 billion in 2018.

In a related story, global converged systems market revenue increased 14.8 percent year over year to $4.15 billion during the fourth quarter of 2018, according to the IDC Worldwide Quarterly Converged Systems Tracker. Leaders in the segment were Dell, Nutanix, HPE in hardware and VMware, Nutanix, and HPE in or software.

Allied Market Research published a report with a very long name starting with “Managed Print Services Market.” The industry forecast looked at 2018-2025 and found, guess what, people still love paper to the tune of managed print services revenue of about $59.70 billion in 2025. That’s a CAGR of 10.3 percent from 2018 to 2025. A surge in print security spending and rising adoption of cloud-based managed print services continue to create new revenue opportunities. 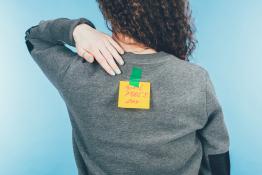 Fooled Ya. Tech often leads the way for April Fool’s stories, because so many tech advances seem like jokes (Clippy, the Pets.com sock puppet, etc.). Some famous ones include the YouTube 1911 filter that appeared in 2011, ThinkGeek’s Flux Capacitor Car Charger in 2014, Canon’s Left-handed 7DL digital camera from The Digital Picture, Bathstore’s reverse toilet with a tablet docking station on the tank, and Virgin Volcanic in 2012, so Sir Richard Branson could send people to the center of the earth through the nearest volcano.

What made news this year on 4/1? Eaton (power management) sponsored the first truly cloud-based—as in flying—data center. The airborne facility, named the The Mayflower, offers reliable colocation services on four retrofitted 747s. Lightweight lithium-ion UPS units will save lots of fuel.

NVIDIA powers gaming for millions of fans, and the company is always innovating. Hence NVIDIA GeForce RTX R.O.N., an AI-powered holographic assistant that delivers personalized gaming assistance through a voice interface. As you game, it takes care of trolls with the cutting-edge TrollDestroyer and blocks human-life form interference (mom, girlfriend, boss) with TalkBlock.

Last and certainly least, came this word from the halls of the Microsoft marketing department (where fun wanders around lost): Stand down on external April Fools’ Day activities. Yes, the company that announced MS-DOS Mobile for Windows Phone one year put the clamps on fun this time. And while it’s easy to poke fun at Microsoft (really easy some days), it may have been for the best: Word is that the Teams software group added Clippy in an animated pack of stickers (Clippy was reburied the next day). Perhaps the thought of more Clippy comments scared some Microsoft executives so much that they hid behind their sofas, er, put the kibosh on April Fools’ Day this year.