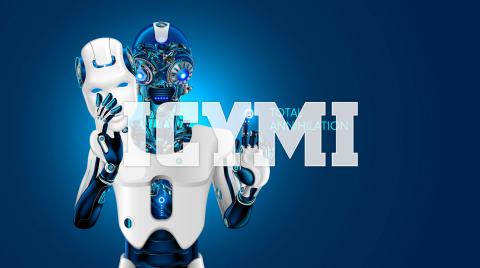 More chips and fewer 5G modems from Intel, new security features from Xerox, and the latest reason to be creeped out by robots are all among the stories we probably should have gotten around to telling you about some time before. By James E. Gaskin
Tweet

What a “fun” week this has been. Federal taxes were due on Monday, and in a clearly related story, Hail On Earth appeared as spring storms ripped across the southern plains, dropping tornadoes and baseball-sized ice bombs. We continue to suspect pro wrestling now programs the weather. After all, we had the Spring Snow Smackdown followed by Hail On Earth this week. When meteorologists start hitting each other with folding chairs we’ll have our proof. 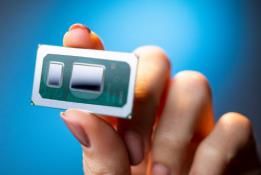 News from Intel. Think you can’t take it (to work) with you? Intel begs to differ, thanks in part to the new 8th Gen Intel Core vPro processor line. Road warriors and occasional remote workers alike will benefit from longer battery life, faster Wi-Fi 6, and built-in security with Intel Hardware Shield. Intel Optane memory H10 with solid-state storage provides 2x the speed of an SSD alone. Chips are shipping now, so look for hot new laptops in the next few months.

Intel also announced a refocusing of its 5G chip business as it pivots toward 4G and 5G modems in PCs, Internet of Things devices, and other date-centric products. That means ceding the 5G smartphone modem market to Qualcomm. 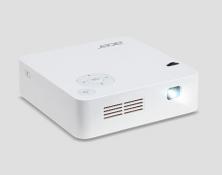 Other product news. Every intelligent device on a network can be a malware target, as we’ve unfortunately seen. When printers got smarter, they became targets too. Xerox announced security enhancements to its line of Xerox AltaLink multifunction printers. Xerox’s embedded security tech works with McAfee’s Data Exchange Layer (DXL) and Cisco’s Platform Exchange Grid (pxGrid) to give hackers the “out of order” message.

ManageEngine, the IT management division of Zoho, announced Identity Manager Plus. The secure, cloud-based single sign-on product works with enterprise applications running on premises or in the cloud. Provides a deep peep into various metrics like application usage and user accesses as well.

Salesforce made it easier to add artificial intelligence to applications with a few clicks or a single line of code. Hello to Einstein Platform Services for translation and optical character recognition, as well as Einstein Prediction Builder and Predications Service. Smarten up any Salesforce page or build a reusable AI-powered Lightning Web Component and deploy to users with a few clicks.

After two years of development and seven quarterly updates, Mozilla WebThings, an open platform for monitoring and controlling devices over the web, is in general availbility.

Backup was tough enough in the old days with on-prem servers and tougher now with data spread across multiple clouds. A new twist on old backup, Zerto 7.0 focuses on IT resilience. The new approach is continuous data protection with powerful journaling technology for short and long-term data retention.

Remember when folks whipped out a billfold with an accordion sheet of photos of their grandkids? How quaint. Now flash that family (or a PowerPoint presentation) up to 70 inches wide with the help of the new palm-sized Acer C202i portable projector (pictured). 12.34 ounces and wireless to boot. 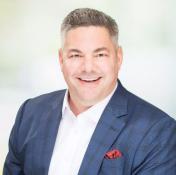 Other news but not products. Greetings to Greg Petraetis (pictured). He’s now SAP’s head of mid-market and partner ecosystem in North America.

Nimble, the CRM folks, signed a reseller agreement with Gold Microsoft Partner SherWeb. Plan will be to use Nimble CRM as “The Simple CRM” for Office 365, as well as a gateway to Azure and Dynamics.

Cisco and Dimension Data announced a new co-innovation agreement. This builds on their current Connected Conservations program for protecting the planet. Look for Cisco’s Co-Innovation Centres to drive collaboration in key areas such as 5G, IoT, and blockchain.

Are there enough cybersecurity pros out there to fill all the job openings? Of course not. Hence the new Infosec Cybersecurity Scholarship Program including CompTIA certification vouchers. Infosec is accepting applications for four scholarships for cybersecurity students and aspiring information security professionals.

In case you didn’t know, IT services is biiiiig business, says the IDC Worldwide Semiannual Services Tracker. Worldwide revenues for IT services and business services crossed the $1 trillion (with a T) mark in 2018. That’s 4.5 percent growth year over year for 2H18 with a total of $513 billion. Full year annual growth accelerated to 4.3 percent, a half-percentage point higher than worldwide GDP growth. The U.S. remains the largest market. Project-oriented revenues (consulting, integration, app dev, etc.) continued to outpace outsourcing and support/training. Business consulting and application development were the fastest growing, climbing 8.3 percent to $123 billion for 2018. IT outsourcing continued to decline thanks to flat or negative growth in the mature geographic markets.

Ready for the next New Shiny Thing (NST)? Strategic Analytics released its 5G Smartphones: From Zero to a Billion report. Early 5G smartphones will sell a modest five million units in 2019 due to high cost and low availability. Look for Samsung, LG, and Huawei to lead the pack, with Apple jumping in big in the second half of next year. The “Billion” in the report title comes into play in 2025 as 1 billion 5G smartphones should ship that year. We wonder how effective 8K video will be on a smartphone, but 5G will let us find out. 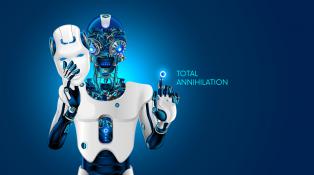 Who needs a tow truck when you have robot dogs? Don’t worry, Dragon Wagon, Moe’s Toe Truck, Kamel Towing, and Captain Hook will still be around, but we’re fascinated and a little creeped out by the video of 10 Boston Dynamics robot dogs pulling a truck. Just 10 SpotMini robot dogs was all it took to drag the empty Boston Dynamics truck, in neutral, from a standing start.

The video of the 10 robot dogs laying on the ground looking like abandoned generators coming to life and suddenly standing on their robot legs with weird rounded hooves boggles the mind just a little. Creepy? Yes. Full on robot apocalypse? Not yet. If the robot dogs had a face instead of two banks of light on either side of an air intake it would look really bizarre.

Image we never want to see? A handful of robot dogs with this face (it’s actually a set of grippers) replacing Dobermans as junk yard dogs.

Jabra PanaCast Review - Get Your Huddle On
END_OF_DOCUMENT_TOKEN_TO_BE_REPLACED