ICYMI: Our Channel News Roundup for the Week of April 17th 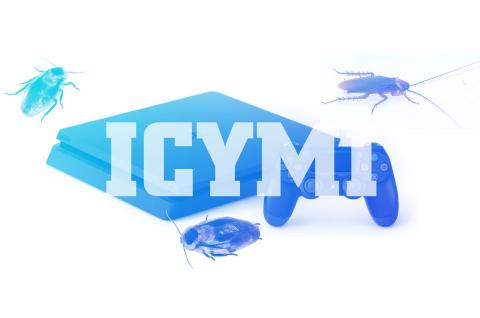 Artificial intelligence news from Amazon and Microsoft, updates to the collaboration suite you probably didn’t even know Facebook makes, and some skin-crawlingly bad news about what probably lurks within your PS4 gaming console are all among the stories we didn’t find time for this week.

Attentive ChannelPro readers may have noticed that a pretty good portion of the headlines on our home page in the past week began with the words “Ingram” and “Micro,” mostly because the giant disti kept us scrambling for days to keep up with all the news from its Cloud Summit in Phoenix. Good thing no one else did anything of note this week!

Well, a guy can dream anyway. Here’s a look at the stories we probably should have squeezed in between all those Ingram pieces.

Let’s begin with Amazon Web Services, shall we? The public cloud computing leader usually uncorks a torrent of updates at its first Global Summit of the year, and this week’s event in San Francisco was no exception. Several of the announcements made there touched on artificial intelligence in one way or another, and we’ll have more on them shortly. The two others most likely to be of interest to you, dear reader, are:

Just a thought, but maybe Amazon should invest some effort in making security easier too. Recent research from Threat Stack suggests that a whopping 73 percent of AWS users have at least one critical security flaw in their environment.

About those AI announcements...There were three of them in all, two of which help coders create software that talks:

Also new from Amazon this week is an update to the artificially intelligent Rekognition image detection and recognition service that enables it to filter out obscene or objectionable images, which could be handy if you want to keep the truly awful stuff that can pop up in a seemingly benign Google search away from your application.

Come to think of it, this was a moderately big week for AI news. For instance:

Guess who else is interested in AI? Why, Facebook, of course. Hard to imagine a tech company that prominent not paying close attention to what could turn out to be the biggest thing to hit techdom since cloud computing. At its F8 developer conference this week, Facebook discussed new image reading technology with some broad similarities to Amazon Rekognition, a new deep learning framework called Caffe2, and AI-related partnerships with Amazon, Intel, Microsoft, NVIDIA, and Qualcomm, among others.

There was also a lot of talk about virtual and augmented reality, including the introduction of a new camera (pictured) for capturing 360-degree virtual reality video, and some interesting if slightly science fiction-y discussion about technology that could someday turn your thoughts directly into text.

And, hey, did you know Facebook makes collaboration software? Neither did we. But a Slack/Microsoft Teams-like solution called Facebook Workplace (or Facebook at Work, as it was known during beta testing) has, in fact, existed since last October and is reportedly now in use at over 1,000 businesses. Facebook is pleased enough about that momentum, moreover, to continue investing in the product. This week, it announced new integrations with Box, Dropbox, Microsoft Office, and Salesforce, as well as new security and compliance tie-ins with Netskope and Skyhigh Networks, among others.

AI wasn’t the only thing on Microsoft’s collective mind this week. There was also room in there for Docker. At its DockerCon user event this week, the container vendor announced an alliance with Microsoft, Avanade, Cisco, and Hewlett Packard Enterprise to containerize, and thereby modernize, legacy applications. All on its lonesome, however, Microsoft also revealed plans to enable containerized Linux applications to reside on the same Windows Server 2016 hosts as their containerized Windows-based brethren, so companies can host all of their Docker containers on the same infrastructure instead of shelling out for two.

Also out of Microsoft this week was word that...

And who else had product news this week, you ask? Well, here’s your answer:

There were vendor stories a-plenty that didn’t involve products too. Like these, for example:

Buggy hardware. Allow us to pass thanks along on behalf of Sony to Kotaku for helpfully pointing out to the world that the PS4 gaming console in your living room is probably chock full of cockroaches right now.

Yep, we couldn’t believe it either, but it seems the dark, enclosed spaces PS4s tend to occupy are popular with bugs, as is the warm, still air the devices contain. Indeed, at least some repair specialists say something like half the PS4s they see contain roaches, most of which are quite thoroughly dead.

The good news is that CNBC has posted a helpful story of its own offering advice on turning your PS4 back into the insect-free piece of hardware you once naively thought it was. Most of it involves keeping the device off the floor and out of cabinets, blasting the interior with compressed air now and again, and maybe taking it into the shop for some professional de-infestation occasionally.

The best advice of all, though? Do not bring someone else’s PS4 into your home unless you’re really, really sure it’s clean or are so desperate for a chance to play Star Wars Battlefront II that admitting a few cockroaches into your home feels like a small price to pay.

ICYMI: Our Channel News Roundup for the Week of February 18th
February 22nd, 2019