ICYMI: Our Channel News Roundup for the Week of April 16th 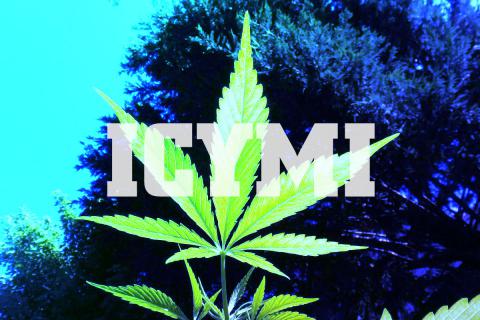 A last blast of news from the RSA Conference, some additional headlines from the Channel Partners show, and the surprisingly massive amount of money Americans will spend on cannabis today are all among the stories we’re just now getting to. By James E. Gaskin
Tweet

Everyone keep their fingers crossed so the snow stays away. Could be the first week without snow or ice in like nine months or so. Enjoy it, but keep an eye on the clouds.

Security news always comes fast, and it comes faster and furiouser during the RSA conference each year. Security issues big and bigger grabbed all the headlines, leaving plenty of news behind in the whirlwind of press releases and sound bites. Adding to the snow storm (ack!) of white paper from PR agencies, the Channel Partners show created a pile of news last week as well. Read on and catch up.

The RSA Conference news blizzard. Early hacker script kiddies now have advanced hacking degrees, so it takes ever-more advanced protection to stay safe. The Symantec Targeted Attack Analytics add-on for Advanced Threat Protection users is one of the latest options. Already, the new system has tracked incidents at over 1,400 firms, including the Dragonfly 2.0 attack that targeted dozens of energy companies.

Fortinet mashed some tools together and announced a purpose-built NOC-SOC that bridges workflows, analysis, and automated response across operational and security processes.

BluVector and Endace did some mashing of their own involving BluVector Cortex and EndaceProbe Analytics Platform to produce AI-driven network threat detection with high-speed network recording, playback, and analytics.

Some may overlook IoT security, but not Forceshield, which announced GatewayShield, a plug-and-play appliance for IoT devices and operational technology networks.

Uplevel Systems rolled out a DNS security solution with SMBs in mind.

News from the Channel Partners show in Las Vegas. The Vonage Business Cloud put a chatbot named Vee into beta. Ask and ye shall get answers.

AVANT Communications signed a “rebilling” agreement with BluLogix to enable its partners to generate personalized invoices on their own.

Speaking of AVANT, TPx named it a National Master Agent and did the same for Telecom Consulting Group. It also introduced an “Install Guarantee” for its sales partners—if TPx fails to meet or exceed the installation deadline you negotiated with your customer, they’ll pay you $500.

Reinvent Telecom announced support for interactive and broadcast webinars on its private-label, cloud-based unified communications, collaboration, and contact center products. It teamed up with Edgewater Networks as well to enable private-label resellers to manage networks from edge to core.

Ready for some news that isn’t from Vegas? Networks running IoT devices along with Cisco tools will see some cool improvements soon. Like the Cisco Identity Services Engine, which doubles the number of IoT devices that can be automatically classified and identified.

Epson America used the new WorkForce Pro ET-8700 EcoTank All-in-One printer (pictured) to print its own press release about the newest addition to the company’s line of cartridge-free EcoTank inkjets.

Not from Vegas, not about products. Tech Data announced a smooth leadership transition plan. In June 2018, COO Rich Hume will succeed Bob Dutkowsky as CEO. Dutkowsky will become executive chairman.

8x8 (voice and more) announced that Bill Corbin has taken on the newly created role of senior vice president of channels and alliances.

Intermedia (cloud solutions) made a seat at the big table for Gerhard Bette (pictured), senior partner emeritus at McKinsey & Company.

Passportal hired Mike Byrne to lead its new Community Department, which is responsible for educating the company’s more than 1,500 MSPs.

Datto’s second annual State of the MSP survey drilled into the business issues and preferences of about 2,300 MSPs worldwide. Interesting stuff, like 60 percent of MSPs have fewer than 100 clients and 20 percent have 100 to 200 clients. Not surprisingly, sales and marketing challenge are top of mind for 53 percent. Three quarters still offer break-fix services. The most important survey result? 68 percent prefer Star Wars to Star Trek. May you ingrates drown in Tribbles.

Yes, it’s 4/20. Today is 4/20, so you know what that means: Tonight the stores will run out of chips and Twinkies. Sure, that’s an easy joke, but according to global cannabis technology company MJ Freeway, the “420 holiday” will spike marijuana sales about 300 percent. Sales should be up to $80 million, nearly 50 percent higher than 2017.

Why? It’s Friday, for one thing. Bet alcohol sales jump up on Friday as well as folks prepare to spend the weekend toasting the brilliance and amazing leadership skills of their bosses (just checking to see if you read this far down the page).

Surprisingly, when adjusted for population, Colorado outsold California 3x in total dollar sales on 4/20/16, and the trend continued in 2017. Maybe if houses weren’t so expensive in California, they could buy more joints (to ease the pain of high housing costs).

What else is necessary for this holiday? Music, like in Atlanta, Denver, and Washington D.C. Just don’t invite Jeff Sessions.