ICYMI: Our Channel News Roundup for the Week of April 12th 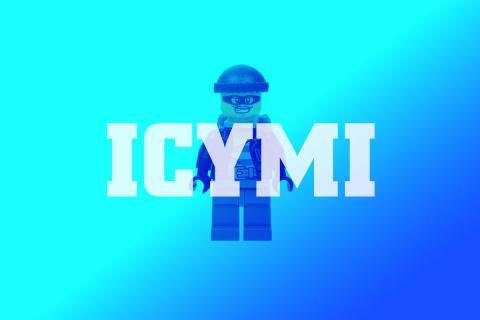 A spin-off for VMware, data center chips from NVIDIA, new laptops from Microsoft, and a crime wave involving little plastic bricks are all among the many stories we’ve finally managed to bring your way. By James E. Gaskin
Tweet

In a normal year, IBM spinning off its managed infrastructure business into a company named Kyndryl would turbocharge the late night monologues. Is Kyndryl the set of Scrabble letters that made you quit the game in disgust? Will they separate oil field services into Drylnyk? How about split their Big Bang research unit into Lynyrdk and team up with Shyldyn? Is Krys Kryndyl another name for Santa in Bizarro World?

Spin-off and acquisitions. Microsoft ate the dragon, or rather, acquired Nuance Communications, makers of Dragon speech-to-text software and much more. Price is $56 per share, all cash, for $19.7 billion, including eating Nuance’s debt. Deal should close this year, and boost Microsoft’s push into healthcare cloud-based services.

Dell Technologies will spin off VMware into a stand-alone company in the fourth quarter. Dell CEO Michael Dell will remain chairman of the VMware board. Dell will get 81% of the expected $11.5 to $12 billion cash dividend, based on their VMware stock ownership. 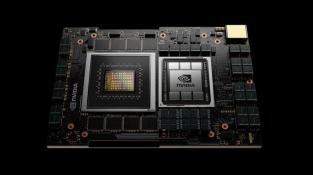 NVIDIA news. NVIDIA Grace (pictured), NVIDIA’s first data center CPU, an Arm-based processor, is touted to deliver 10x the performance to servers on the most complex AI and high-performance computing workloads. Will be tightly coupled with NVIDIA GPUs and should be available in early 2023. But wait! There’s more! The NVIDIA BlueField-3, its next-generation data processing unit, is the first DPU built for AI and accelerated computing and should deliver the equivalent data center services of 300 CPU cores. Look for it Q1 2022.

Improve vGPU performance with new NVIDIA A10 and A16 GPUs, based on the Ampere architecture and designed for virtual GPU applications. These combine second-gen RT Cores and third-gen Tensor Cores to power graphics and video with AI.

Supermicro expanded its use of NVIDIA Ampere architecture-based GPU product line. Tier 1 systems in a 4U form factor achieve 5 petaflops of AI performance.

The Cloudera Data Platform will integrate the NVIDIA RAPIDS Accelerator for Apache Spark 3.0 software development kit for use on NVIDIA computing platforms. 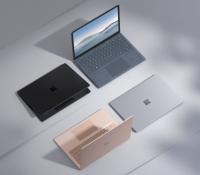 Schneider Electric news. Schneider Electric powered up (groan—editor) two new ways to support business resilience. The Service and Modernization Plan extends the lifespan of older electrical equipment, then replaces it before the end of the contract period. The Service and Modernization Financing Plan immediately replaces obsolete assets through a financing solution.

Hello to the new EcoStruxure Service Plans, which combine traditional services with new digital services that address goals like improving performance. A tailored set of onsite services, digital services, and consulting will be managed in a single contract.

The Schneider Electric Galaxy family of three-phase UPS systems got a new addition, the Galaxy VL 200-500 kW (400V/480V). Half the size of the industry standard for your crowded data center. 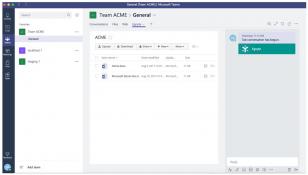 OpenText Cloud Editions (CE) 21.2 have been released. Run your software off-cloud, private cloud, or public cloud of choice, or through cloud API services.

To power the next generation of 5G, edge, and IoT services, take a look at the new Juniper Cloud Metro. Dig into metro networks and unleash tomorrow’s digital experiences, say the Juniper folks.

Infrascale Backup and Disaster Recovery got revved up to an agentless backup engine, and now allows discover and backup of Hyper-V VMs. 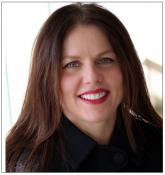 Alan Weinberger, chairman and CEO of The ASCII Group, released “The Doctor’s In: Treating America’s Greatest Cyber Security Threat,” a 62-page book on how important an MSP is in the new cyber security era.

CompTIA and Maher & Maher partnered to release national guideline standards for apprenticeships in tech occupations, and it’s been approved by the U.S. Department of Labor.

Nerdio offers an exclusive offer for MSPs helping nonprofits: 30% off the cost of Nerdio Manager for MSP and two free customer onboardings.

Partners in the Acronis CyberFit Partner Program have a new partner portal with better support and enhanced marketing.

The new Wasabi Account Control Manager is a centralized management tool for its channel partners and MSPs.

IT By Design successfully completed the SOC 2 Type 2 certification, ensuring compliance with the standards for managing enterprise data.

IRONSCALES expanded its MSSP strategy to include a partnership with Dark Rhino Security, a licensed aggregator and solution delivery partner.

FireMon’s Ignite Partner Program added The Path to Platinum, offering partners ways to realize more value for themselves and customers.

LogicMonitor added 11 new members to the LogicMonitor Partner Network, including Xylex Technologies in Atlanta, and Proact with offices in Europe and the U.S.

Cleveland meets Stockholm as Keyfactor and PrimeKey announced their intent to merge under the Keyfactor brand. This will combine Keyfactor’s PKI as-a-Service and PrimeKey’s EJBCA software.

The drag of 2020 showed up in IDC’s Worldwide Semiannual Services Tracker. Global IT and business services revenue declined 1.16% year over year last year in constant currency. Totals still stayed just over $1 trillion after the contraction hurt less than previously predicted. The good news? IT and business services will have a strong rebound of around 4% in both 2021 and 2022, thanks to the predicted economic recovery, again stronger than earlier estimates. The services market here in the U.S. is expected to grow by more than 2.5% in 2021, up from the forecast 1.4%.

Not the way we wanted to do it, but almost every global organization was in the same boat: experiencing a mobile malware attack during the past year. Check Point’s 2021 Mobile Security Report says the move to remote working during the COVID-19 pandemic greatly expanded the attack surface. 93% of those attacks attempted to trick users into installing a malicious payload via infected websites or URLs, or to steal user credentials. Nearly half had at least one employee download something malicious that threatened their organization’s networks and data. Good luck, since 40% of the world’s mobile devices have flaws in their chipsets leaving them vulnerable to cyberattack.

Cisco’s Security Outcomes Study surveyed over 4,800 active IT pros from around the world, 857 of which represented SMBs. The report looked at 25 security practices and highlights which actions best achieve security outcomes. Three important practices? Don’t lose sight of your priorities, plan for resilience, and modernize. Small and midsize businesses with a modern tech stack had a higher success rate in every one of the 11 SMB outcomes measured. No surprise that limited resources compound the problem for SMBs.

The GreatHorn Threat Intelligence Team counted up recent phishing emails, and it turns out cybercriminals are just as busy during tax season as CPAs. The security vendor tracked a 78% increase in the quantity of phishing campaigns after the filing deadline moved last year from April 15 to May 17 to July 15 made for fertile ground to flood users with phishing emails directing users to fake pages built to steal credentials. GreatHorn calls most of these exploits “External Impersonation Attacks.” Dangling enticements like “claim your refund” letters hit hard a population struggling during the lockdown. 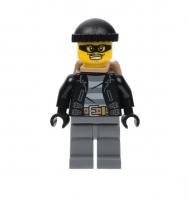 Lego larceny. People, including us, have been going crazy over the past year. Have you been tempted to take the law into your own hands to end your boredom, or make a few bucks any way possible? If so, you may have joined the ranks of criminals stealing Legos.

It’s not just a search for little plastic blocks to discover barefoot during the night, but the Lego limited edition sets that draw attention. French police have been chasing an international ring of toy thieves partial to Lego sets, and last month a man in Oregon was arrested for suspicion of stealing $7,500 worth of Lego toy sets.

Why the felony attempts at Lego theft? Black market collectors willing to pay more than $3,500 for an unopened Lego Millennium Falcon.

Great, another thing mom threw away that cost us thousands, along with our baseball cards.

ICYMI: Our Channel News Roundup for the Week of January 23rd, 2023
END_OF_DOCUMENT_TOKEN_TO_BE_REPLACED