ICYMI: Our Channel News Roundup for the Week of April 10th 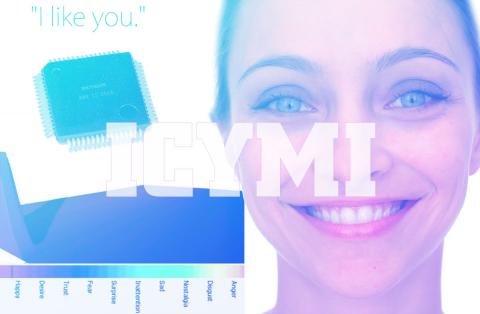 Microsoft’s quiet Windows 10 Creators Update launch, AMD’s wireless VR investment, and a processor that makes computers as happy about good news as their owners are all among the stories we didn’t find time for this week.

Wow, Sergio Garcia. One minute he’s the most hated golfer in America and the next he’s getting a roaring ovation from a delighted gallery at the 2017 Masters tournament. It’s the kind of thing that could give a fella emotional whiplash. And emotional whiplash, it goes without saying, can be just as disabling as the real thing.

Yup, you guessed it. We’re blaming Sergio Garcia for all the stories we didn’t report this week. Jerk. Here’s what he kept us from telling you about.

Those were the days. Remember the launch of Windows 95? Microsoft spent a reported $200 million on it, including $3 million just for the right to make the Rolling Stones’ Start Me Up the new operating system’s anthem. And who knows what Jay Leno pocketed to serve as master of ceremonies.

In retrospect, we probably should have realized Microsoft launch events were on a downward slope when Regis Philbin replaced Leno at Windows XP’s coming out party just a few short years later. In any case, that long, slow decline reached its inevitable conclusion with this week’s launch event for Windows 10 Creators Update, which not only didn’t have a celebrity host but didn’t actually happen in the first place.

Instead, with relatively little fanfare and no ceremonies for anyone to master, Microsoft began rolling out its newest client OS in judicious, unflashy phases to a massive army of oblivious Windows 7 huggers. Those of you who install it, however, are in for 3D graphics, a bunch of cool stuff for gamers, a speedy, power-efficient new version of the Edge browser with some interesting tab preview and management capabilities, and plenty more. Though frankly not all that much for business users, with the exception of some new security capabilities.

On the other hand, based on the hashtag at least, this tantalizingly teased event could prove to be more interesting for those of you with clients in the education vertical. If we weren’t going to be busy at a way cooler event that day, we might even pay attention.

Bet hedging? A somewhat less heralded but still noteworthy story out of Microsoft this week was its acquisition of Deis, which makes software for building and managing containers based on the open source, Google-designed Kubernetes standard. And we say noteworthy because it sure looked like Microsoft was all-in on Docker Swarm as its container platform of choice. The folks in Redmond are hardly backing away from Docker, but they do appear to be making sure they don’t get left high and dry if evidence that Kubernetes is winning the container wars turns out be more than anecdotal.

And as long as we’re sampling product stories...Lets nibble on these too:

Now let’s nosh on a few more vendor stories without products in them. Like these:

And from our Some People Are Hard to Please department:

Artificial emo. The PU club (as in CPU, GPU, and APU) gained a new member this week when Emoshape shipped its EPU, or Emotion Processing Unit, a hardware-based “emotion synthesis engine” that helps robots and artificial intelligence platforms spontaneously react to input the way humans do.

First thought: Do we really want to make it easier for machines we force to do heavy lifting and then shove around with big sticks to get angry?

Second thought: Though we’ll artfully dodge any political debates potentially sparked by the EPU’s reaction to the name “Barack Obama" in this demonstration video, we’ll note that there’s a better way to elicit a disgusted response than saying “Adolf Hitler.” Just say “United Airlines” instead.

Kaseya Acquires ConnectBooster
Oct 13: Your RMM Is Your Most Important Security Tool – 5 Tips To Reduce Risk and Grow MRR
END_OF_DOCUMENT_TOKEN_TO_BE_REPLACED