How to Add Restaurants to Your ‘Menu’ 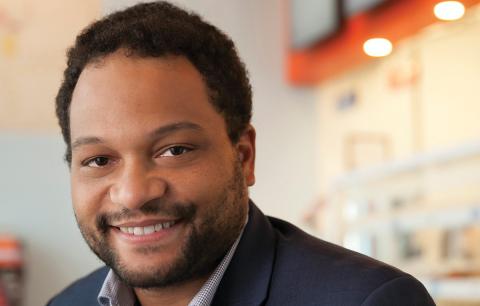 Enitech leveraged its work with local bars and restaurants into a sales and marketing tool, which helped it expand services, attract other industries, and grow revenues.

Chapel Hill is a college town with lots of bars and restaurants, so Enitech took advantage of this opportunity to develop a specialty in the hospitality vertical. While some MSPs may not find restaurants attractive because of the break-fix nature of the work and crazy hours, our customers not only helped us to grow, but also put us on the map in North Carolina and beyond. And by focusing on empowering them to achieve their technical goals and superior service, we transitioned this vertical to managed services.

From a marketing perspective, local restaurants are likely to have more brand recognition than you. Being affiliated with a franchise that’s a household name has helped us to win deals in other verticals like healthcare and construction.

The Appetizer
When I launched Enitech I got actively involved with the local chamber of commerce, which led to my first big opportunity with Top of the Hill, a popular spot with a complex network for a restaurant so there was a good volume of work.

We saw point-of-sale (POS) solutions as an opportunity for growth. Restaurants and bars tend to be frugal and resist having recurring costs, but they become less frugal when they realize you have the ability to repair and manage the lifeline of their business, their POS.

We learned to install and service the Revel iPad POS system, which is what helped catapult us to our next restaurant client. Recently we became a certified reseller of Revel, but rather than looking for hardware margins, we wanted to become more expert in the system and offer a high level of service.

The Main Course
Our first franchise was Rise, a fast-growing biscuit and donut restaurant launched in 2012 and serving North Carolina’s Triangle area and now beyond. We service 10 stores, everything from cabling to POS systems to audio and camera installations. Because of the support we have from Rise’s founder and CEO, other Rise franchisees began using us for their locations. Our affiliation with Rise also launched Enitech to the next level in this vertical: Through word of mouth, potential customers tied Rise’s growth to us and our ability to help them improve and streamline their technology. This, in turn, helped us land Grabbagreen, another nationwide franchise.

Other ways we’ve looked to expand our service offerings include cloud, backup, cabling, digital signage, integrating social media, PCI consulting, and acting as on-site coordinator on opening days. Another area we plan to add is training for the POS system. Once you do a good job on some additional deployments you’re their go-to guy, and those other opportunities will come.

Also, an iPad POS doesn’t need as much service as a traditional POS, so we differentiate by offering remote 24/7 support. That piece helps with selling a service plan, because a lot of restaurant owners are more than happy to pay for peace of mind versus waiting for someone to react; for them time is truly money.

In addition to offering a high level of customer support, which anyone can do, we work to make clients self-sufficient and confident in the technology they’re using. This has really earned their trust. While 90 percent of the time they’re going to want you to do it anyway, they see the value in learning about the issue.

This vertical, however, is not without challenges. But you don’t want to take shortcuts, because customers either pay now or pay later, so be very transparent up front about price points and potential issues. Also, set realistic expectations, particularly around the capabilities and underlying costs of the POS solution.

Finally, being flexible and personable is key, because when you’re involved with a new store opening things do not always go as planned and you must work with other contractors such as electricians, flooring installers, credit card processors, and so on. Sometimes the IT industry likes to play the blame game, but in this vertical you have to be willing to pull everyone across the finish line.

The Sides
Sometimes 24/7 support is not what you think. We once got a call at 1 a.m. from a client who ran out of thermal printer paper so there was no way to capture customer signatures on the receipts. So I went to another local bar customer, where they usually offer me a complimentary drink, but instead I asked them to borrow the paper, and drove it to the client.

A more high-tech save occurred when I was in Paris proposing to my long-time girlfriend and my client called about a crashed iPad. I walked the client through installing and provisioning a new one, all from memory. And despite the technical interruption, my girlfriend still said yes!

MSP360 Has Partner University and Software Plus Storage Subscriptions on the Way
February 23rd, 2020

ICYMI: Our Channel News Roundup for the Week of June 29th
The Elements of Culture
END_OF_DOCUMENT_TOKEN_TO_BE_REPLACED