How to Add Managed Print to Your MSP Practice 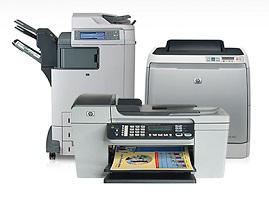 Today you can monitor and manage networked printers and copiers as you do with IT gear, or you can partner with a managed print specialist or third-party service provider. Here's how. By Colleen Frye
Tweet

What do MSPs and IT VARs have in common with managed print services (MPS) providers? More and more, according to industry experts—and we’re not just talking about the three letters in the acronym.

From a business perspective, imaging/print and IT services were “two very different worlds, with not a lot of commonality,” says Mike Lamothe, president at Office Document Consulting Inc., of Oakville, Ontario, and a member of the CompTIA Managed Print Community executive council. Lamothe is also a member of the Managed Print Services Association (MPSA) standards and best practices committee.

“In the past, copier dealers were really ‘feet on the street’ service technicians,” says Lamothe. “From the MSP side they didn’t have that; they [were] very used to supporting [customers] remotely, so there was a reluctance to get into print. But as the industries have evolved, the MSP can get that support and outsourcing is becoming bigger.”

Until the last decade, output devices “didn’t have a lot of functionality,” says Harry B. Hecht, a business coach and consultant based in Orlando, Fla., and also a member of the standards and best practices committee of the MPSA. “Once they became networked they became portals for information and integrated [into] the network and infrastructure. They became not just devices but software and desktop devices, which required management and assessment. Now they’re really part of the workflow vs. just output.”

The MPS Market Opportunity
Managed print services, according to Gartner’s definition, are “services offered by an external provider to optimize or manage a company’s document output,” including hardware, parts, and supplies, as well as understanding how the fleet is being used and troubleshooting problems. Analysis and research firm Transparency Market Research segments the MPS market into printer/copier manufacturers and channel partner/core MPS providers.

The research firm’s report, Managed Print Services Market - Global Industry Analysis, Size, Share, Growth, Trends and Forecast 2016 - 2024, says the MPS market is expected to reach $94.97 billion in revenue by 2024, rising from $26.18 billion in 2015. The market is estimated to expand at a CAGR of 14.8 percent during the forecast period from 2016 to 2024, according to the report. Moreover, the research indicates that the small to midsize enterprise (SME) segment of the MPS market will grow faster than large enterprises in the adoption of MPS during that same period.

A trend in the managed print market “favors the channel quite dramatically over direct providers,” says Morse. “There’s a shift toward a true services engagement versus selling hardware, and a trend toward managing existing fleets versus replacing with new ones” that a specific MPS provider may sell.

And, according to IDC, managed print services contracts continue to grow, contributing to shipments of printers/copiers in the first quarter of 2016.