How to Achieve Work/Life Balance 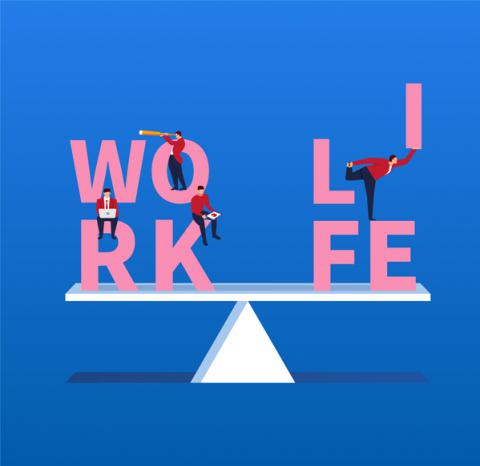 It’s a pain point for many channel pros, but carving out personal time is possible. By Carolyn Heinze
Tweet

PRIORITIZING WORK over everything else can lead to stress, unhappy relationships, serious medical conditions, and poor job performance that may ultimately cause financial strife. For MSPs, work/life balance is the second biggest pain point, behind only sales and marketing, according to Datto’s latest State of the MSP report.

Datto’s report notes that at the helm of many young MSPs are entrepreneurs who oversee not only strategic business growth, but technical duties, sales, accounting––and everything else associated with running a company––leaving little time for anything else. But the problem isn’t limited to startups: MSPs are inherently 24/7 operations, making it difficult for many to step away in the interest of providing top-notch customer service.

Creating more time for the many things beyond work that matter is possible, though, but it requires introspection and a change of habits.

Denise Green, an executive coach based in Oakland, Calif., and author of Work-Life Brilliance: Tools to Break Stress and Create the Life and Health You Crave, argues that the term “work/life balance” is too simplistic (which is why she calls it “work/life brilliance”). She believes that true balance can’t be achieved until people assess things in their lives that matter, including: thoughts and emotions; health; quality of relationships; the relationship with time, technology, and the physical environment they’ve created for themselves; and finances.

“It’s a lot to integrate,” she concedes, but without exploring these elements––and how they integrate––getting to a place where “work” and “life” are both fulfilling will be difficult.

That said, Green notes that achieving work/life balance doesn’t have to involve making enormous changes overnight. Once people have examined where they are––and where they’d like to be––they can incorporate small lifestyle modifications.

For Schyler Jones, principal and IT consultant at Mirador IT, an MSP in Concord, N.H., work/life balance pretty much happened overnight. One evening six years ago, his eldest son (then 12) approached Jones while he was working on his computer. The boy wanted to know if his father would come outside and play ball with him. “I hesitated for a second, and before I could answer, he said, ‘Ah, never mind. You’re probably too busy,’ and he walked away,” Jones remembers.

That was a wake-up call. “I don’t think I’ve ever been hit by a ton of bricks by a statement from anybody in my entire life until I heard my 12-year-old son say that. I thought to myself, ‘The basis for that is that kid has grown up with me telling him, ‘I can’t do that right now––I’m too busy.’”

Jones changed his habits. Aside from rare exceptions, he’s home by 6 o’clock (if not earlier), and focuses on what’s going on there until 9 p.m. every evening. He takes regular vacations with his family, and when there’s not one on the calendar, he sets aside time to organize one.

“I’m not going to have any regrets about what I didn’t do––or at least anymore,” he says. He also makes time for less fun (but necessary, non-work-related) activities, such as cleaning out his garage.

Changing his habits gave him “new perspective on the work itself,” Jones says. “Instead of letting the stress eat away at me over what I wasn’t getting done, every day I remind myself that this same stuff is going to be here tomorrow, and I refuse to let it own me.”

His shift in mindset has also reaped some significant rewards. “My whole attitude and approach toward how I run my business has changed dramatically,” he says. “I think more clearly. I’m getting a lot more done in terms of my task list, but also strategically, for the business.”

Jones acknowledges that he hasn’t figured out the perfect formula, and there are still days when he feels stressed. “But I recognize it,” he says. "I know when to walk away from it.”

Datto’s Coronavirus Plan is to Be “More Datto Every Day”
May 1st, 2020
Datto Named to Ransomware Task Force by Institute for Security and Technology
January 14th, 2021

State of Malware: Breaking Down the Threat Landscape
END_OF_DOCUMENT_TOKEN_TO_BE_REPLACED

Jabra PanaCast Review - Get Your Huddle On
END_OF_DOCUMENT_TOKEN_TO_BE_REPLACED