Google's GDrive: Not Yet Available and Already Behind the Times 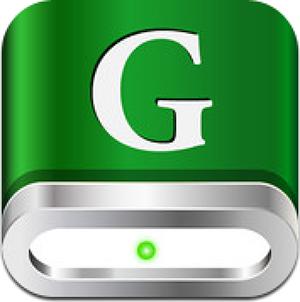 If recent leaks to media outlets are accurate, Google’s long-anticipated GDrive might finally be here soon. It seems to have evolved quite a bit from the original concept, which was to extend the capabilities of Google Desktop with personal, searchable storage. But innovation has since shifted away from the desktop—the new world is mobile, dominated by smartphones and tablets. Dropbox has become an overnight juggernaut thanks to being the first (and still the best way) to synchronize data across all devices. For Google to succeed against Dropbox, the company must enlist the one unfair advantage it has in the space: the Android army.

Dropbox wants to be the storage and synchronization platform of the new world, and it is well on its way. But its ambitions are curtailed by limited access to mobile platforms and a naive security model that fails to keep IT in control of corporate data. Google is well positioned in mobile, but it, too, seems far from being able to offer a security model that keeps IT in charge.

Smartphones are now at least as important as the desktop for accessing information, and tablets are rising fast, feeding a demand for bigger mobile screens that no one really knew existed prior to the introduction of the iPad. The typical mobile user has at least two devices and wants local-like access to data from every device. IT is facing the impending new world of BYOD (bring your own device) with a mixture of geek excitement and IT management horror.

The success of the GDrive with consumers will depend on how closely Google integrates GDrive into the Android OS. More free storage than Dropbox, more desktop features, or more search capabilities—these are not the features on which Google could win the consumer space. That game is over, with Dropbox already clearly in the lead. With Android, however, Google could exploit a big weakness in Dropbox and add the ability to modify and version files that are stored locally in any Android device, which is something Dropbox cannot yet do.

Tough Going in the Enterprise

Google will have a much harder time making GDrive successful in the enterprise. Microsoft holds the high ground in that space with Active Directory, because most enterprise security architectures use the Domain Controller as the linchpin of all user authentication and data access. While these architectures tend to be complex, they have proven effective, which is why IT is unlikely to relinquish them any time soon.

Dropbox completely ignores the Active Directory authentication scheme and relies instead on individual users to decide who gets access to their data. GDrive will likely follow the same model, since it also appears to be aiming at a consumer market, where security and access control are not such a hot-button issue.

Enterprise adoption is further hindered by the fact that all of the consumer cloud storage services need to store data unencrypted in their own data centers in order to provide access from anywhere. Again, GDrive will likely follow the same model, because to do otherwise would require an enormous amount of development work that would provide very little payoff in the consumer arena, as it would likely restrict the benefits of GDrive to consumers.

There is no question that these file storage and synchronization engines are changing storage as we know it. They require no backup, no provisioning, WAN optimization, VPN, or complex migration or replication schemes. The consumer services are a step in the right direction, but they are not viable for security and compliance-minded organizations. Nor can they be quickly or easily made so.

We are seeing the consolidation of the data center, the remote office, and the mobile users into a uniform storage service. Any serious storage vendor that isn’t thinking about how to extend its current data center offerings to include remote and mobile is going to be unpleasantly surprised in the next 24 months as more workers shift to accessing data from tablets and smartphones.

The pressure on IT is already intense, but no one wants to rethink access control because of mobile. What IT needs is a simple way to extend its current security architecture to incorporate the new and unstoppable mobile world.

ICYMI: Our Channel News Roundup for the Week of February 15th
February 19th, 2021

LG Gram for Business 17 (2020): Big Reasons to Like It
END_OF_DOCUMENT_TOKEN_TO_BE_REPLACED