Good Is Not Good Enough for The 20 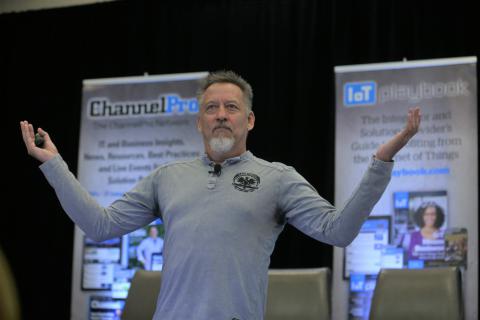 With the clock ticking on a massive opportunity for managed services supremacy, MSP co-op The 20 is refining its model for high-speed growth. By Rich Freeman
Tweet
Reader ROI:
THE 20, an MSP co-op whose members share tools, processes, and customers, is racking up healthy sales and membership numbers.
ITS FOUNDER AND CEO, though, wants more growth faster, while the managed services opportunity remains hot.
HIGHER ENROLLMENT STANDARDS and new financial management tools are primary elements of a plan to accelerate growth next year.

NUMBERS have always mattered a lot to The 20. There’s one in its name, after all, a reference to its ambition to dominate the top 20% of the managed services market.

Then there are all the other numbers the group cares about, most of which are looking pretty healthy at the moment. In just a few years, for instance, the unconventional MSP co-op has attracted roughly 180 independently owned members with more than 800 employees who share tools, operational processes, business advice, technical insights, and even customers. A headquarters staff in Plano, Texas, now more than 100 people strong, backs them with 24/7 network and security operations centers, plus a centralized sales team that’s had success recently closing 400- and 500-seat, multilocation deals.

“This can actually, really, really happen,” said founder and CEO Tim Conkle at The 20’s annual Vision event in October, the largest in the group’s history and the first one open to potential members as well as existing ones. “We can really take over the IT space.”

So why does Conkle, by his own admission, lose sleep these days worrying about growth of all things?

Because the managed services opportunity is as hot as it’s ever been. Because that won’t be true forever. And because it’s still far from certain that The 20 will ultimately grab the prize now just beyond its grasp.

Hard-earned experience has shown Conkle exactly where The 20 can get better, and inspired a plan for addressing those issues. It begins with being more selective about recruitment. Last year at this time, The 20 was pulling in as many as 20 new members a month.

“What we figured out is it’s not about people joining so much as it is about the right people,” Conkle says, adding that the group has raised its enrollment requirements to filter out most MSPs with fewer than 200 endpoints under management and all MSPs who don’t share his drive to get big fast.

“They’ve got to want to grow,” Conkle says of new members.

More importantly, he continues, they’ve got to be willing to act on that aspiration by engaging year-round in marketing. “The hardest thing to get MSPs to do is freaking market,” says Conkle, whose own MSP business, Roland Technologies, spends over a million dollars a year on lead generation. All a channel pro in The 20 has to do, he notes, is buy into the group’s optional marketing program, which will find sales prospects for them.

A Crazy-Simple Three-Step Sales Process (That Even Techies Can Follow)
June 19th, 2020

Jabra PanaCast Review - Get Your Huddle On
END_OF_DOCUMENT_TOKEN_TO_BE_REPLACED