Get Ready for Windows 10 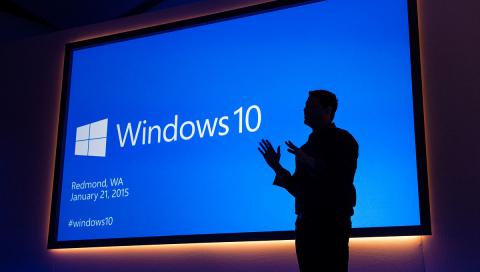 Initial impressions of the new OS are positive, and that’s good news for Microsoft and its partners. By James E. Gaskin
Tweet

The buzz on Windows 10 sounds promising, especially compared to the confusion over the Metro (tile) interface previews for Windows 8. As resellers start getting ready for Windows 10, fingers are crossed this release becomes that proverbial rising tide lifting those proverbial boats that Windows 8 was not. But if not, users will happily stick with lucky Windows 7 for as long as necessary.

The Promise of Windows 10
The number one benefit of Windows 10? It will not be Windows 8. “Microsoft is undoing some of the mistakes they made in Windows 8,” says Wes Miller, analyst for Directions on Microsoft. “They’re going backward, in a sense, because 8 was very one-sided and Microsoft bet applets would rule the day. But that’s not how business works now.”

“For the first time, Microsoft is putting a lot of emphasis on feedback from customers,” notes Thomas Koll, CEO of Bellevue, Wash.-based Laplink Software Inc., a software utility company tied deep into the various Windows operating systems. “They took a step back since the new interface for Windows 8 was perhaps too radical.”

Microsoft bet big that Windows 8 would ride the tablet wave to prominence, but the company lost. A return to business as usual, or at least a familiar business desktop design, should reassure users frustrated by the new interface, apps, charms, and widgets of Windows 8. Todd Swank, senior director of product marketing for Equus Computer Systems Inc., a Minnetonka, Minn.-based custom PC maker, says, “Microsoft almost threw out the baby with the bathwater when they wanted to be so focused on the mobile touch world and abandoned the traditional keyboard, mouse, etc., world.”

Upgrading to 10
Microsoft has yet to finalize the hardware requirements, but all indications are that any system that runs Windows 7 or 8 will also run 10. In fact, says Swank, “The past couple of releases have seen hardware requirements almost become more lenient.” During in-house testing, Equus engineers have had no hardware issues caused by the early releases of the new operating system.

But Microsoft’s announcement of free operating system upgrades to Windows 10 from Windows 7 and 8 caught Swank by surprise. “Five years ago they would have laughed if you asked for a free upgrade.” He assumes the change of heart has to do with Microsoft trying to keep people in the Windows environment and away from iOS and Android. “Future revenues won’t be as tightly tied to the OS,” he says.

Koll agrees the upgrade process from Windows 7 or 8 to 10 will be smooth. "In-place upgrades will run fine," he says, since previous upgrades in which the OS was in place have been reliable. "Medium and enterprise companies have long-range upgrade plans" and are unlikely to change those to qualify for free upgrades, notes Koll, so resellers will have some opportunity for upgrade services work. That leaves consumers and very small businesses as the most likely to rely on Microsoft's free offer, and they are less likely to reach out to the reseller community for help.

But upgrading, whether in place or to a new PC, still makes people nervous, explains Koll. “The top objection against a new PC is price, but the second most common reason people don’t buy a new PC is that they are afraid of moving their stuff,” he says. Microsoft has removed many of the tools, like Easy Transfer, that users and resellers have relied on for transfers. “Resellers can’t make a service business out of installing new PCs,” says Koll, “but users want their old data, favorite pictures, apps, and settings on new or updated machines.” Those services, especially when automated, are billable and profitable.

Power users should appreciate some Windows 10 advantages, such as multiple desktops. And developers can leverage new Microsoft toolsets to make it easier for applications to port from desktops and laptops to tablets and phones, keeping data available across all hardware platforms.

New Systems
Being a PC maker, Swank notes that Intel and Microsoft seem to be converging new product releases. “Intel’s new Skylake processor architecture doesn’t have an official release date, but the timing should be right for the new OS and CPUs for desktops to appear together.” The successor to the Broadwell architecture, Skylake will be fabricated using a 14 nm manufacturing process and will fit into LGA1151 sockets.

Since many users don’t upgrade their OS in place, new hardware platforms should be part of the rising tide that also lifts acceptance of Windows 10. Larger customers will appreciate the OS’s improvements in manageability, says Miller. “You can also build your own version of a Windows Store using hosted Active Directory that can be very corporate-centric,” he adds.

“Windows 10 will be the next logical platform for most hardware vendors,” continues Miller. Convertible units—laptops that either separate or fold into a tablet form factor—have become common without adding too much expense. Those devices will make the most of Windows 10’s dual ability to serve as operating system for traditional business computing and enable Windows applications to run on more tablets.

Exciting Features
Two Windows 10 features have the potential to excite early adopters. The first is Cortana, the intelligent personal assistant from the Windows 8.1 phone. The second is Windows Holographic, a computing platform with a set of APIs for holographics. Microsoft’s smart glasses, called HoloLens, will be the first device to take advantage of these APIs to create augmented reality applications.

“HoloLens demonstrations have been extremely impressive,” says Swank. “This could end up leading the market and open a new dimension in computing. Or maybe it will be like personal videoconferencing, which really hasn’t taken off in the market. And the Cortana digital assistant could have lots of interesting applications.”

How should channel pros respond to all the hype? “Prepare for Windows 10 and be ready to roll by summer or the third quarter,” says Miller. “Get into the Windows Insider Program. Don’t stop selling Windows 8 devices because those make great Windows 10 devices as well.” Even better, Miller says you can tell your customers that “Windows 10 is the best of 7 and 8 in one package.”