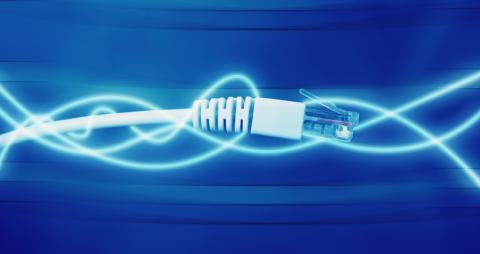 Most MSPs are managing four or more networks, making it difficult to achieve efficiency, according to recent research. By Colleen Frye
Tweet

DIVERSITY in the workplace offers many benefits. Diversity in managed network devices, not so much. Yet a recent study from Auvik Networks Inc., of Waterloo, Ont., finds that more than 75 percent of MSPs manage four or more network vendors for their clients—and some manage upwards of 20. No surprise, large networks generally have more vendors represented than small networks, according to the findings.

The study, Managing Network Vendor Diversity: The MSP Challenge, is based on data from close to 100,000 network devices deployed across nearly 17,000 networks under the management of about 1,000 MSPs.

The current network hardware market is highly fragmented, with upwards of 40 vendors each competing in the network switch, router, firewall, and access point categories. That means MSPs must grapple with multiple operating systems, languages, and interfaces. The need to go wide instead of developing deep expertise in specific vendors makes it difficult to define a set of standard operating procedures, which in turn makes scaling and achieving efficiency challenging, according to the report. 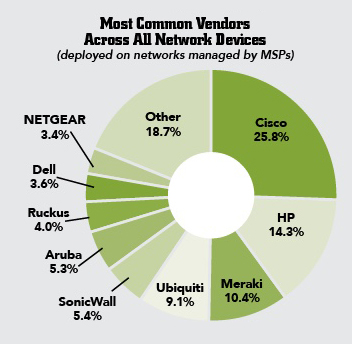 While a handful of industry heavyweights account for most of the devices on MSP-managed networks, dozens of smaller vendors are competing over the bottom 20 percent of the market. The study finds that Cisco is the most commonly deployed vendor on MSP-managed networks. Including the numbers for Cisco-owned Meraki, Cisco devices make up more than a third of deployed network hardware.

HP Inc., including HP-owned Aruba, is the second most commonly deployed vendor on MSP-managed networks, representing almost a fifth of devices.

The most crowded network device category is switches, with 102 vendors competing for a presence on MSP-managed networks.

While the benefits of standardizing on a specific network hardware stack are clear for MSPs, doing so in today’s market looks to be difficult for the foreseeable future.

Time for MSPs to Carry the Mantle of Leadership
END_OF_DOCUMENT_TOKEN_TO_BE_REPLACED