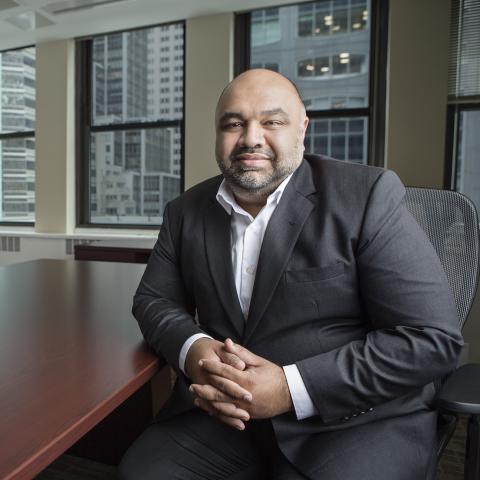 Simplegrid Technology went from zero to $1 million in revenue in three years by targeting precisely, marketing furiously, and learning lessons along the way. By Ahsun Saleem
Tweet

MY 2019 SELF has some lessons for my 2016 self—and any other managed service provider who has put their business on a fast-growth track. Simplegrid Technology went from zero dollars in managed services revenue to $1 million in three years. We obviously did many things right, but in hindsight made a few missteps too. Still, growing pains is a good problem to have.

Simplegrid entered the MSP space in 2015 with no contacts or experience working with small and medium businesses. I had been consulting for large investment banks and large law firms. It was very lucrative, but not scalable for two reasons: There's only a finite number of hours in a year I can work, and the peaks and valleys of that type of work made hiring help difficult.

I decided to transform Simplegrid into an MSP business I could scale.

There are a number of steps I took that put me on the path to aggressive growth.

Choosing a Vertical Focus. Since I had been working with large legal clients, targeting small law firms just made sense. The other natural focus was healthcare, as there are many organizations in that industry in the metro New York-New Jersey area.

RECOMMENDED BOOK Good to Great: Why Some Companies Make the Leap and Others Don't, Jim Collins (HarperBusiness; 1st edition, 2001)

FAVORITE PART OF MY JOB Working with clients and solving problems

WHAT PEOPLE WOULD BE SURPRISED TO KNOW ABOUT ME I've traveled a lot and have been to every continent except South America.

Developing a Customer Profile. Rather than the smallest companies, I wanted to work with 20- to 250-user firms because they have money to spend on technology and they also understand that IT is an asset that can make them more profitable, efficient, and competitive.

Putting a Marketing Program in Place. On day one, nobody knew us and we had zero client referrals. I knew we had to make ourselves known in the industry, and that it was very important to not be an IT company, but rather a sales and marketing organization that just happens to do IT.

I joined Robin Robins’ Producers Club, the highest tier of Technology Marketing Toolkit’s membership, and got to work executing the campaigns. I was doing everything—newsletters, blog posts, direct mail, Facebook, and Google Ad Words, plus working the phone. I felt like I wasn’t getting results, but Robin kept pushing me to keep at it.

It took six months to get my first client, but then it was like a snowball that kept getting bigger as it rolled downhill. In 12 months, we had grown to six clients.

Hiring Staff. I was working around the clock to ensure we could deliver what we had promised clients. My first two hires were a technician and an administrative assistant, who has probably been my most valuable asset. They freed me up to focus on business development and the high-level conversations I wanted to have with customers about operational processes and aligning business with technology; for example, how using email properly could have a positive impact on efficiency.

Getting customers onboard and keeping them happy was my priority, but in retrospect there were some things I could’ve done better.

Tools. While I did put tools in place like RMM and anti-virus, I didn’t pay enough attention to my choices about implementation. For example, I worked with a ConnectWise consultant on our ConnectWise Automate RMM implementation and asked them to configure it as if we had 10 employees, which overcomplicated the system for us. Also, we weren’t optimizing it to the fullest extent.

Training. I wish I had spent more time with my technical team initially on process. They were all great, but I have a very high standard, so now we have a training program for all new hires.

Time. I have three young children, and I was so busy just trying to build the business that I was never home. I'm trying to fix that this year. I’m hopeful that I’ve put the right processes and people in place now to allow me to do that.

My focus is still on aggressive growth, however, by working smarter. In 10 years, I hope to be a national organization with $25 million in revenue.

How to Know If Your Marketing Is Effective
May 6th, 2020