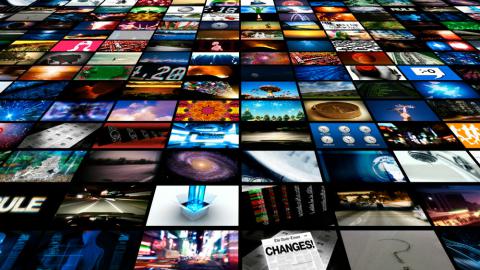 In detailing and describing audio visual systems one can dive deep into serious, and relevant, minutia. Here, however, we will endeavor to understand the basic parts of a system and, in general, how they relate.

The basic definition of a video distribution system generally can be explained as an ability to get media from a source or sources to a screen or multiple screens, often called sinks.

The simplest video distribution system consists of a single video source, such as a cable TV box, delivered to multiple video sinks via a simple passive splitter. A common example is the sports bar scenario, where a location has an array of video monitors which can be fed the same sporting event.

While the simple splitter setup can work in analog systems with relative ease and minimal maintenance it has large limitations when running cables any great length. The distances depend on several factors including signal type and cable quality. The problem is that without any help or processing a straight electrical signal will eventually succumb to the effect of the wire and begin to degrade the signal.

To demonstrate the effect long cable runs have on a video signal, imagine the video signal from your cable box as a series of square waves with distinct edges. As the signal travels further down the cable length the innate resistance begins to round off the edges of the signal. This rounding makes the edges less distinct and the signal smaller in height. The result is an image which is far softer and less detailed than the original.

To compensate for this degradation of signals a number of intermediary boxes can be added. These units are placed inline to amplify the signal at various point in the topology. These boxes may include powered (or active) splitters, inline amplifiers and units at the monitor end.

ChannelPro 5 Minute Roundup for the Week of November 21st, 2022
From the Library to the Data Center
END_OF_DOCUMENT_TOKEN_TO_BE_REPLACED