The End Arrives for Windows XP 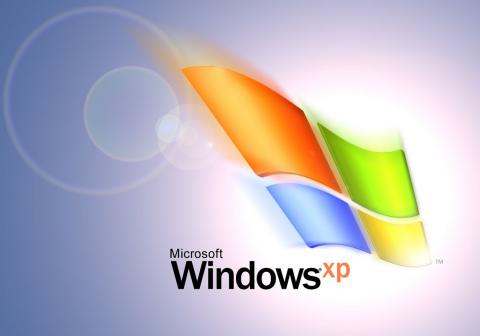 With the end of support for the OS released nearly 13 years ago, it’s time to consider what that really means for you and your clients. By Megan Santosus
Tweet

On April 8, 2014, support for Microsoft’s Windows XP operating system comes to an end.  For channel partners with XP-using customers, this long-awaited day has likely already garnered much attention, and perhaps even considerable hand-wringing. With support ended, it is time to consider what that means for both channel partners and their customers.

For the most part, the end of XP support can spell opportunity for channel pros as they help customers migrate to new operating systems. While it’s hard to come by exact market share numbers, Rob Enderle, principal analyst with IT advisory services firm the Enderle Group, estimates that Windows XP will still have market share “in excess of 20 percent.” As Enderle explains, “Windows XP penetration is generally underreported, particularly in SMBs that tend to move between technologies more slowly at the tail end.”

Chris Hertz, CEO of IT services company New Signature, based in Washington, D.C., sees more nuances within the XP market. “Most businesses that we encounter have migrated some or usually a majority of the computers that they have away from XP,” he explains. Hertz believes that perhaps 30 percent of SMBs in the United States “have some XP presence that can range from a few computers to maybe half of their computers,” adding that it is unusual to see a business today that has most of its computers running on XP.

Customers that remain with Windows XP undoubtedly face security risks. With support ended, Microsoft will no longer provide updates and patches to the OS should any flaws be discovered—and such flaws inevitably will be discovered. Also consider the effect on other software such as Internet Explorer and third-party applications.

“You can’t go to the latest version of IE, and many new applications won’t run on XP, so you will have to run older versions that can support it,” explains Hertz. Consequently, it’s not just the core OS that will be affected by security vulnerabilities. Indeed, Hertz says that about 70 percent of security vulnerabilities are the result of older third-party applications and not from the older OS that they run on. With XP, companies will be limited to running older applications, resulting in a wide swath of security gaps. “From a security perspective,” says Hertz, “companies run the risk of being in a position that can’t be remediated.”

For many SMBs, the decision to migrate—or not—away from XP is intimately linked to the economy. Companies have held onto IT assets longer than they typically have in the past, Hertz says. “SMBs don’t do an OS deployment across the entire organization in one sweeping project,” he says. “Migrating to a modern OS is really a factor of PC replacement—the lifecycle of a PC dictates when an OS is upgraded.”

Migrating to a new OS has also been tied to applications that are not compatible with newer versions of Windows, says Andrew Hertenstein, an Indianapolis-based manager, Microsoft modern datacenter and Azure solutions, at IT services firm En Pointe Technologies. “Companies will delay rolling out a new OS simply because applications need to be running,” he says, in reference to legacy apps that are not Windows 7 or 8 compatible.

However, that traditional approach—linking OS upgrades to hardware refresh cycles or application compatibility—is no longer practical. “Organizations that need support—and most do—really need to get off of XP because it’s just not cost-effective,” Hertenstein says.

Emphasize the Business Case
Despite the obvious security and cost disadvantages associated with running XP post-support, channel partners assert that SMBs are more likely to migrate to a new OS if the business reasons for doing so are emphasized most. Even though, as Enderle says, XP boxes are “malware magnets”—and channel partners may successfully pitch an upgrade to Windows 7 while on a repair call—it pays to stress the business advantages of moving to a new OS rather than pointing out the security limitations of staying with an outdated OS.

“With Microsoft’s end-of-support deadline and the fact that companies have to pay a lot of money to get upgraded to a new OS, it often sounds like you’re being held up by Microsoft,” says Hertz. “Channel partners must spread the word and educate customers that there are a lot of benefits they can accrue as a business by moving to a modern desktop OS such as [Windows] 7 or 8.”

Among the top business benefits that result from having a modern OS are enhanced capabilities for productivity, collaboration, security, and mobility. Hertz says that what information workers typically want from technology is aligned with what their organizations can deliver with a modern desktop OS. “Once you can get in front of the decision makers and explain the benefits, the migration is less about how to convince them to do it and more about building a timeline and a budget that allows them to migrate in a way that works for the business,” he says.

When dealing with SMBs that have end users entrenched with legacy applications that they don’t want to disrupt, Hertenstein has found success turning migrations into a marketing campaign. “We emphasize training and get the users involved and excited to move to new technology,” he says. As Microsoft has opened retail stores, Hertenstein finds that the user population is very interested in moving to new technology such as touch-enabled systems. “If end users have new technology at home, they also want it at work,” he says. Getting end users to participate in conversations can help sell the idea of migrations to decision makers at SMBs.

Once SMBs decide to migrate from XP, that’s when the real work begins. Unfortunately for channel partners, there is no universal guidebook available for how best to carry out a migration, as each customer presents different challenges based on their needs and existing applications portfolio. “SMB shops can use some rather obscure products, often from companies that have gone out of business,” says Enderle, “and thus are nearly impossible to migrate cheaply.” For channel partners in these situations, it pays to know of other SMBs that have migrated under similar circumstances and use that knowledge as references to streamline the migration process as much as possible.

For Manny Lloyd, CEO of IT services firm Manuel W. Lloyd Consulting, in Alpharetta, Ga., the biggest challenge he encounters with application upgrades is speed to market. Of particular note: Off-the-shelf software and newer hardware for printers “tie in together because of the legacy apps and will need some middleware to be compatible with the emerging apps and Web browsers for the cloud apps,” he says. To speed deployments, Lloyd is looking at a tool from Austin, Texas-based Arganteal Corp., which provides software to automate deployments in a virtualized environment. “The tool can deploy 70 percent faster than our entire team of 300,” Lloyd says.

Well, This goes to show that there is a lack of understanding somewhere . The powers that be at Microsoft and other companies seem always to want to dictate the end of life of the products of which many people depend without regard for the end user who over the years have spent lots of money to build up their businesses around the product which Microsoft and others think is obsolete. In other words throw away everything you have now and jump into our new stuff which we will again make obsolete in 5 years. There should be a law against such chicanery. John

ChannelPro 5 Minute Roundup for the Week of January 11th, 2021
END_OF_DOCUMENT_TOKEN_TO_BE_REPLACED

Jabra PanaCast Review - Get Your Huddle On
END_OF_DOCUMENT_TOKEN_TO_BE_REPLACED