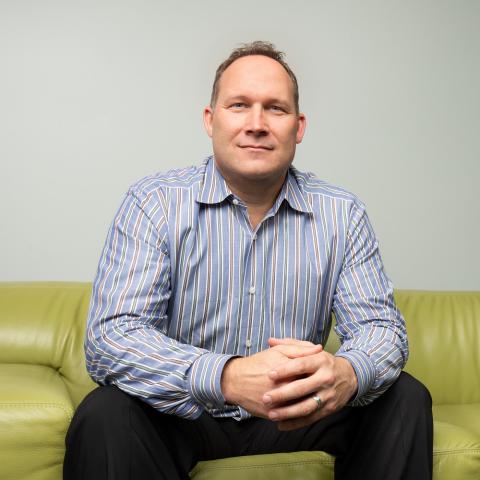 By stepping out of the back office and taking a more public role as a leader, Choose Networks’ founder is driving business engagement and growth. By Chris Hoose
Tweet

BEING THE PUBLIC FACE of my company does not come naturally to me, but it’s a responsibility. As CEO, you need to hone your speaking and networking skills just like you honed your technical skills to drive business engagement and growth. Once you embrace the leadership role, you will be able to set the strategy and vision to not only grow your company but to increase its value as well.

My journey started with hiring a service manager so I could transition out of a technical role, but I was still doing back-office tasks like HR and accounting. It was when I enlisted business and marketing coaches, became actively involved in peer groups, and forced myself to step in front of the microphone that our growth really started.

That was 2015, when I joined HTG Peer Groups (now IT Nation Evolve, a unit of ConnectWise). Inspired by the speaker at my first meeting, I cornered him to ask some questions. He turned the tables on me, asking about my company. At the end of that conversation he said, “Chris, if you want to grow, you’ve got to figure out sales and marketing.”

COMPANY FOCUS We provide enterprise-level IT support to small and medium businesses by focusing on three aspects of IT: infrastructure, support, and strategy.

RECOMMENDED BOOK Anything by Patrick Lencioni

WHAT PEOPLE WOULD BE SURPRISED TO KNOW ABOUT ME I initially went to college to be a minister.

I reached out to a peer who was doing well with marketing, and he pointed me to Robin Robins and Technology Marketing Toolkit. I had bought the toolkit in 2013, but never used it. I decided to go all-in and join the Producers Club (TMT’s highest membership tier).

Initially I hung back in peer meetings, but then I entered TMT’s Better Your Best Contest. I fought through my fear of public speaking and delivered a presentation in front of 1,200 people at TMT’s Boot Camp—the first time I ever spoke in front of a group bigger than my staff. That’s when my growth as a CEO accelerated. I didn’t win the contest that year, but I won the second time I entered in 2018.

Getting involved with peer groups and attending industry events has completely changed my perspective on almost everything in my business. It’s amazing what you can learn by telling someone else what you do. Before I made sharing a habit, I wasn’t looking outwardly for any assistance in growing Choose Networks, but suddenly I had a room full of business owners who had been down some of the roads I was struggling on, and immediately had answers. Sometimes the feedback can be harsh, but it forces you to confront how you’re doing things.

For instance, it became clear that we needed to define our culture and develop core values. This was a seed planted for me when I had previously attended a TruMethods MSP training course, and it was reinforced by HTG and TMT, which both follow the principles of Traction by business coach Gino Wickman.

We were a 16-person company with a two-person leadership team when we started this process. As our company grew, our employees stepped up as leaders. Today we are 38 strong with a six-person leadership team. We’ve been growing revenue at $1 million a year, and we are 100 percent managed services with good margin.

I don’t think we would have been able to do any of that without a set of principles. One of my key roles as a CEO is to be a cheerleader for our culture, which we talk about every month at our all-hands staff meeting. These meetings were initially awkward for me, but now I look forward to them.

My transition to a true CEO has been positive for everyone. I don’t think Choose Networks would be where we are without someone really embracing that visionary role. Back in 2001, if you had asked if that was going to be me, I probably would have told you I was going to hire a CEO and stay technical. But the more I engage in this role, the more exciting it gets. It’s not only a responsibility, it’s a role I’ve grown to love.