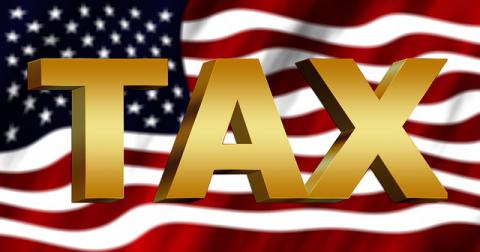 Tax Day is quickly approaching. Are you prepared? By Megan Santosus
Tweet

STILL TRYING TO FIGURE OUT how the tax reform bill signed into law last December will affect what you owe Uncle Sam this year? Don’t worry, you’re far from alone. Many channel pros are still sorting through which changes go into effect now and which begin next year. However, with tax deadlines looming, it’s a good idea to focus on some of the older small business deductions that may apply to your company.

For example, costs associated with advertising and promoting your business are fully deductible—and not just traditional expenses such as printing business cards and marketing collateral. “If you put an ad in a program for a high school production, or sponsor a sports team for the recreation department, you can deduct those costs,” says Steve Dennen, a CPA based in North Andover, Mass.

Deductions for website creation and maintenance expenses, Facebook ads, and other marketing methods are also available to IT solution providers who actively promote their businesses.

“If you put an ad in a program for a high school production, or sponsor a sports team for the recreation department, you can deduct those costs.”—STEVE DENNEN, CPA

Don’t forget the costs associated with starting and funding retirement plans either. Those expenses are also deductible. “Retirement plan rules haven’t changed for small businesses,” says Barbara Weltman, president of Big Ideas for Small Business Inc., a Vero Beach, Fla.-based consulting firm. “Twenty percent of profits can be set aside for retirement, up to but not more than $54,000.”

Training and certification costs are another allowable expense, provided their purpose is “to improve skills or to maintain qualifications in your profession,” adds Dennen. Be sure to calculate educational expenses aimed at increasing skills or enhancing existing capabilities and subtract that amount from your gross income.

Remember as well that the entire cost of certain capital investments is deductible, even when financing is not involved. “When you buy a piece of equipment for your company, it may be possible to write it off using the Section 179 expense election,” says Rayanne Buchianico, owner of accounting, tax, and business systems consulting firm ABC Solutions LLC, of Dunedin, Fla. “That means you can claim the entire amount in the year of purchase.”

That expense election can’t be taken in its entirety if it drops the company’s net income below zero, but you can take advantage of bonus depreciation in that situation as long as it also occurs during the year of purchase. A company that spent $75,000 on servers and realized $50,000 in net income, for example, might be able to deduct part or all of the remaining $25,000 as bonus depreciation.

Of course, it’s worth recalling that tax laws differ in every state before getting too excited about any of these suggestions. The best way to confirm that you really qualify for the deductions outlined here—and avoid missing out on others—is to consult with a professional tax adviser.