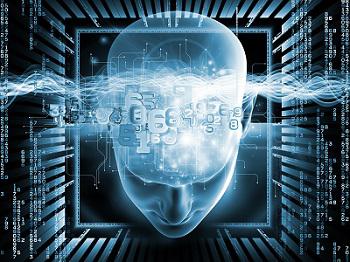 If you sell CAD workstations or high-end gaming PCs, you’re in the right place to support VR systems like Oculus Rift when they become generally available. By James E. Gaskin
Tweet

Is 2016 the year of virtual reality? Google Cardboard holds a smartphone in place for the company’s virtual reality (VR) app to provide VR games and videos. Samsung’s Gear VR does the same with a sturdier headset. But Facebook’s Oculus Rift product line will require that many users replace or upgrade their personal computers to view immersive VR content.

Oculus requires an Intel i5-4590 CPU or better, 8GB-plus of RAM, HDMI 1.3 video output, two USB 3.0 ports, and Windows 7 SP1 or above. Sound pretty normal? You also need a high-powered video card: an NVIDIA GTX970 or AMD 290 equivalent or better. Standard PC graphics may be fine for pivoting spreadsheets, but not for VR.

“We focus mainly on the channel-supplying businesses, not consumers,” says Jeff Salo, sales engineer at Equus Computer Systems in Edina, Minn. “So we sell maybe 20 or 30 gamer machines per month. But we do sell about a thousand CAD systems per year, and they’re pretty similar. Both systems have pretty much the same foundation.”

If you sell CAD stations, you’re in the right place to support VR systems like Oculus Rift when they become generally available. The same goes if you deal with high-end gamers. But according to Salo, gamers interested in VR must increase their budget. “Gamers today can get away with spending $600 to $700 for decent quality. But the VR demands will bump that up to around $1,000 at least.” Add in faster RAM and an SSD, which gamers demand, and the price jumps a bit more. “We’d love for VR to be a good product line,” says Salo. “But we don’t see that our resellers have that as a normal part of their business.”

The Impact of VR
That’s because they’re not looking at the enormous impact VR will have, says Roy Taylor, corporate vice president of alliances, content, and VR at Advanced Micro Devices Inc., in Sunnyvale, Calif. “There are multiple opportunities for resellers. When an area isn’t well established, if you can get in early you can have the first-leader advantage. We’re grabbing VR with both hands.”

But rather than focusing just on the consumer, Taylor also looks at the creator: “Starting obviously with games but including entertainment like movies and broadcasts, every vertical will have VR content creators.”

Taylor lists some verticals in which he and AMD are partnering with the creators of new content: VR real estate (you can tour homes while sitting in a chair), architectural design, CAD/CAM, design and manufacturing, military training, and even safety training will soon rely on VR. Your current customers may be heading to VR and not even know it.

“If I [were] in the channel,” says Taylor, “I would start checking out different headsets and controllers. Oculus and HTC will protect their lead, but there are plenty of other manufacturers out there.” Currently, demand far outstrips supply.

Analysts vary wildly on the market size for VR. MarketsandMarkets pegs the augmented reality and virtual reality market at $1.06 billion by 2018, while Digi-Capital analysts say the AR/VR market is expected to be worth $150 billion by 2020. Some of that money may go to PlayStation, Xbox, and mobile devices, but a huge market remains for PCs.

Once creators and consumers start with VR, the upgrade treadmill will jump into high speed. “The entry point for VR is 1080p at around 90 frames per second, or about 8 teraflops,” says Taylor. “The endpoint is the human eye resolution of 24k per eye at 144 frames per second, requiring hardware that supports 743 teraflops. That’s 81 times more powerful.”

Taylor may be the loudest cheerleader for VR in the field today. “Virtual reality isn’t a thing, it’s everything.” If he’s even half right, getting in early on virtual products will generate considerable physical profits.