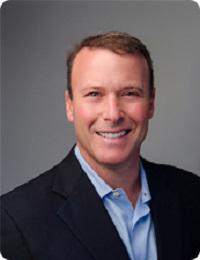 At its last tech conference of 2018, D&H Distributing executives, including Co-President Dan Schwab (pictured), talked with ChannelPro about the year’s initiatives and future opportunities for its channel partners. By Colleen Frye with Joel Zaidspiner
Tweet

D&H Distributing, just three days before wrapping up its final technology conference of the year on October 25 in Hershey, Pa., rose to No. 109 on Forbes magazine's list of America's Largest Private Companies for 2018. Next year, Dan Schwab, co-president of the Harrisburg, Pa.-based SMB and consumer technologies distributor, expects to be in the top 100. “I think it shows our ability to evolve,” Schwab says, “because D&H is always looking around the corner.”

It was perhaps a fitting capstone to what has been a busy year for D&H, which rolled out programs for desktop as a service, solutions and services, and Pro AV/digital signage; enhanced its cloud marketplace, including a deal inked earlier in the month with SaaSMAX; and, oh yeah, turned 100.

“Our 100th year is an incredible honor,” Schwab says. He attributes much of the company’s success and longevity to its people, whom D&H refers to as employee-owners. “We have great people. We have incredibly low turnover. We have a loyal staff that have, on average, been with us over a decade. It really is a luxury and we treat it as such, because they're our most important assets.”

At the halfway point of a fiscal year that started May 1, Schwab says D&H's revenue is up 22 percent. “It's really healthy growth, three times the industry average, and very broad-based. Our reseller community is up over 26 percent.”

Schwab stresses that the company has three priorities when it comes to decision making: customers, manufacturers, and employee-owners. “We are always challenging ourselves, saying, ‘What's next?’ We don't care about what the quarterly results are. Let's make sure we're making long-term bets where they make sense.”

Device as a Service

One of those long-terms bets was the April rollout of the "Easy DaaS IT" device-as-a-service program that allows resellers to deliver a suite of client devices including notebooks, workstations, desktops, thin clients, and tablets via a multiyear lifecycle agreement in which procurement, deployment, device management, services, and lifecycle management are all handled for a monthly fee. The Easy DaaS IT program offers both 24- and 36-month terms, and the "Flex-up/Flex Down" provision enables the subscription holder to increase or reduce their fleet (up to 10 percent) after the first 12 months. Plus, the VAR has the option of being paid in full up front, and if the customer flexes down the VAR does not lose money.

Schwab acknowledges that it’s early days for DaaS. “We built out a model that we think is really good, really flexible, really easy. However, many of our resellers don't have the demand just yet,” he says. “Device as a service today is the way cloud was a decade ago. Everyone was talking about it. It was on the cover of every magazine. That's what we're seeing in device as service.” 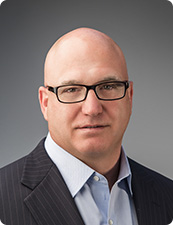 “I think with device as a service, you're selling a concept,” says Peter DiMarco (pictured at left), vice president of VAR sales at D&H. “So it's going to be rough waters to start with. The good news is that we've got a number of deals that we've already landed. We've got a strong pipeline.” More important, he says, it’s broadened the conversation with VARs and their end users to “everything as a service.”

DiMarco, in fact, says he prefers the term “user as a service,” in which the focus is on helping the VAR with everything needed to fully enable the end user. D&H has brought a dedicated staff person onboard to focus on lifecycle services and device as a service, DiMarco says. DaaS “really is part of a broader team that is focused on platforms and device as a service and really everything associated with the user. And really the core of that is Microsoft helping us drive that.”

Microsoft is a key partner in DaaS, DiMarco says. “They have a strong value prop around user as a service, around security, really [Microsoft 365] as a platform. And so when they heard we're doing things like flex up and flex down, which is probably more customized than some of the other programs that are out there, and we have at this point no minimums on devices, Microsoft stepped up and said, ‘D&H is being flexible. We're going to invest in them.’”

The ability for the channel partner to receive full payment up front for a DaaS solution is one way to get VARs ready for the cloud and an annuity business model, DiMarco says, by overcoming one of the biggest obstacles: cash flow. "The ‘pay me now’ option gives them sort of a bridge option to go from where they're at today, which is a hybrid of services and hardware, to at some point everything will be as a service,” DiMarco says.

LG Gram for Business 17 (2020): Big Reasons to Like It
END_OF_DOCUMENT_TOKEN_TO_BE_REPLACED