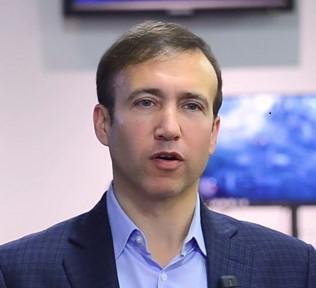 A distributor that’s been reinventing itself for 100 years is embracing a new identity as a strategic adviser to resellers who wish to become solution providers. By Rich Freeman
Tweet

THE WORLD HAS CHANGED enormously in the last 100 years. So has the Economy Tire and Rubber Co.

Founded a century ago, the Williamsport, Pa.-based business made its money retreading tires at first. Eleven years later though, sensing opportunity in a hot new technology, it reinvented itself as a distributor of Philco radios and adopted a new name, derived from its founders’ first initials: D&H Distributing Co.

Over the decades to come, D&H got in early on other innovations, ranging from kitchen appliances to televisions to computers. It continues to evolve with changing times today.

Indeed, despite double-digit growth in 2017, D&H hasn’t let “don’t mess with success” thinking prevent it from transforming itself once again, this time into a source of consultative expertise to packaged product sellers looking to become solution providers.

“This is just now the next stage in that evolution where we can take on more of a role helping [partners] succeed in business,” says Michael Schwab (pictured), co-president of the now Harrisburg, Pa.-based distributor.

First and foremost, he continues, that mission means educating resellers about lucrative emerging markets like physical security, digital signage, and high-end gaming PCs, not to mention small business appli
cations of thermostats, cameras, and other internet-enabled devices originally developed for home use. “Consumer technology is bleeding over into B2B solutions,” Schwab says.

D&H has made educating partners about opportunities like those through an expanded schedule of live and online events a point of emphasis in the last year. “Things are getting more complicated, not less,” Schwab says. “We try and help [partners] digest the relevant aspects of what that could mean for their business.”

D&H is doing more listening of its own these days, however. The company now meets regularly with a series of new partner advisory groups for IT generalists and K–12 education specialists. “There’s a lot more dialogue happening, because the business model is evolving,” Schwab says. “We want to get their continuous input.”

That input has led directly to multiple, significant investments by D&H in its channel, including the formation of a new presales technical support team skilled in helping busy channel pros find the exact spec sheet, brochure, or white paper they need to close a pending deal. “They inevitably get overwhelmed if they’re forced to just go track down information on their own,” Schwab says.

Another new team led by Senior Director of VAR Field Sales Ken Fabozzi, who joined the company last year, provides strategic business development counseling. “The goal really is to make sure that the reseller doesn’t just think of D&H as a website with products,” Schwab says. “We are providing value-added services.”

Those include marketing assistance in the form of ready-made collateral and campaign materials that partners can brand and utilize as their own. “The reality is that as far as the hierarchy of priorities [goes], marketing might not get the right attention that it should, so we want to help facilitate that,” Schwab says.

Investments like that paid off for D&H and its partners last fall in the form of a more than 20 percent year-over-year spike in through-VAR sales. According to Schwab, partners can expect those results to inspire further initiatives from D&H this year.

“If we have this conversation again mid-2018, we’ll have come up with six new ways in which we’ve now created other opportunities where we can hold ourselves out as the reseller’s trusted adviser,” he says. Given how well embracing change has worked for D&H in the last century, there’s little reason to expect different results in the next.

The 5 Essentials from Your Endpoint Security Partner
END_OF_DOCUMENT_TOKEN_TO_BE_REPLACED