Despite SD-WAN’s Gains, MPLS Is Not in Retreat 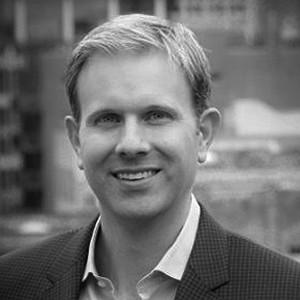 MPLS still holds the upper hand for high-priority traffic that depends on reliability and speed. By Ian Kieninger
Tweet

Living in a world where new technologies displace the old ones, it may seem predictable that software-defined wide-area networking (SD-WAN) would be leveraging its market momentum to eat the lunch of multiprotocol label switching (MPLS). But this is clearly not the case, and for good reason.

MPLS is a packet-based protocol developed to facilitate smooth transport across WANs, especially for latency-sensitive applications such as voice and video. Sitting between Layers 2 and 3 of the OSI stack, MPLS is renowned for exceptional reliability. Packet loss is minimal when it exists at all, and network performance is very stable and typically jitter-free. The labeling scheme used by the protocol enables latency-sensitive applications to be placed on the fast lane, prioritized above basic web downloads and email transmissions that will not be destabilized if they are delayed a fraction of a second.

There’s no denying that the strengths of SD-WAN are impressive, however. SD-WAN provides enhanced performance and management, and enterprises can scale it relatively easily without having to spend additional money on bandwidth or a forklift upgrade. It’s also interoperable with a variety of services, many of which are less expensive than MPLS. Examples include internet broadband, LTE, and 4G.

Security is another area where SD-WAN shines, with simplified policy and orchestration. Traffic is encrypted from end to end, and its key exchange functionality provides a powerful boost to authentication.

According to AVANT’s 2019 State of Disruption survey, 78% of responding IT industry leaders plan to use SD-WAN in their corporate networks by the end of 2019. Many report that a significant investment in SD-WAN was already in place by the end of last year.

It stands to reason, then, that enterprises view SD-WAN as the shiny new object poised to rapidly displace whatever competing legacy technology might dare to stand in its way. But the numbers don’t reflect that.

MPLS, already present in 72% of the respondents’ networks, is still very much in growth mode. More than 40% report that they intend to either “increase” or “significantly increase” their MPLS investments this year.

Clearly, SD-WAN has not driven MPLS into retrograde.

On the downside, MPLS is by no means inexpensive to operate. It consumes a lot of bandwidth—a problem that becomes exacerbated by the increased use and variety of rich content that places a heavy load on the network. That load will only become larger as virtual reality and similar technologies gain traction. MPLS is also not quite as friendly with IT security as its SD-WAN counterpart.

Despite these challenges, we are not surprised to see MPLS holding its own in a market where reliability and speed are highly significant considerations in the buyer’s decision. Look for it to continue to be a mainstay at the core of enterprise networks; it is an extremely valuable piece of real estate that does not get changed out very often, due in large part to the significant risk in doing so. Enterprises do, however, seem willing to adopt SD-WAN closer to the edge of the network, especially, though not exclusively, in remote offices.

Meanwhile, SD-WAN can be expected to become an even more powerful force in the midmarket, particularly among key verticals where its advantages can make a difference.

Although MPLS still holds the upper hand for high-priority traffic, SD-WAN is a very practical option for virtually everything else. The correct choice, or the correct mix of choices, depends largely on the circumstances of the specific customer.

Jabra PanaCast Review - Get Your Huddle On
END_OF_DOCUMENT_TOKEN_TO_BE_REPLACED