A Decision Tree for Moving to the Cloud 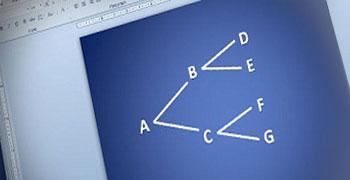 Answering these seven questions will help you develop a cloud strategy that fits your business and your clients’ needs. By Paul Desmond
Tweet

Matrixforce Corp., an IT service provider in Tulsa, Okla., began offering cloud-based services in 2008, “very early on,” as CEO Kevin Fream puts it. “We were looking for something to differentiate ourselves.”

Fast-forward to today, some 18 months since founder and CEO Chris Wiser launched his cloud services company, MKE Cloud, in Waukesha, Wis., and the reasoning is very different. “That's where the market is going,” he says. “I don't have a choice.”

Many IT solution providers feel as Wiser does when it comes to cloud computing - get on the bandwagon or get run over by it. “If you're not going down the cloud path, you're in trouble,” says Jeff Kaplan, founder and managing director of ThinkStrategies, a consulting firm focused on the cloud market. “Do you want to survive or do you want to perish?”

Pronouncements aside, for channel pros already offering a few cloud services who want to get serious about the cloud opportunity and make it pay off, here are seven questions to use as your guide to developing a viable cloud strategy that fits both your business and your customers' IT needs.

1. What cloud services should I offer?
The services you choose should be influenced by the margins you wish to make. For starters, though, take a look at the various products and services you currently offer and determine which ones aren't terribly profitable. Perhaps you can offer them at less expense in the cloud, says Jason Bystrak, sales director for the services division of Santa Ana, Calif.-based distributor Ingram Micro Inc., which aggregates cloud services and helps partners decide which ones to offer and how to choose appropriate partners.

For example, if your storage practice is growing at 40 percent year over year and making a 28 percent margin, that's a good business, so don't touch it, says Bystrak. But if one of your practices is making only a 1 percent profit margin and is down year over year, it may be a good candidate for the cloud.

Indeed, Intermedia Inc., a provider of cloud services for SMBs that other companies resell - including hosted Exchange, VoIP, security, instant messaging, security, and more - offers its channel partners 30 percent, sometimes more, says Michael Gold, president of the Mountain View, Calif.-based company. “There's no reason they shouldn't get at least that,” he says.

Microsoft partners, on the other hand, get 12 percent of the monthly revenue in the first year, then 6 percent after that, before various incentives and add-ons, notes Fream. Tier 3 partners (the top level) get an extra 2 percent, for example, and if the customer opts for storage there's an additional fee

Among small to midsize businesses, says Bystrak, “the greatest growth and adoption we're seeing is hosted email, backup, collaboration, and endpoint protection. Those four are really exploding in the SMB market right now. And we're starting to get the ball rolling for hosted desktop and hosted unified collaboration.”

Just remember, however, that when it comes to cloud services you can't be a “one-trick pony,” as customers will always ask, “What else do you have?” says Fream. That led him to services such as Google Apps and online storage that went beyond his initial 2008 offerings, which were all Microsoft-based.

2. Should I go with cloud-only or on-premises solutions, too?
Once you begin offering cloud services, don't expect it to be the end of your premises-based business. “We typically see a hybrid approach,” Bystrak says. “You need to show some flexibility. For the most part, you don't want to walk in and say, 'We only do this in the cloud.'”

“Very few of our clients are 100 percent cloud,” agrees Gold. “Unless you're a start-up, you're going to have a hybrid environment.”

That means the move to the cloud will likely be incremental, explains Kaplan. “It's too disruptive to say to customers, 'We're no longer offering legacy systems and software,'” he says. “You want to do it in a methodical fashion over time.” It's a matter of understanding the nature of your customers and how receptive they are to cloud alternatives.

Webinar: Pricing and Bundling the Cloud for Success
May 5th, 2019

ICYMI: Our Channel News Roundup for the Week of January 20th
END_OF_DOCUMENT_TOKEN_TO_BE_REPLACED