DDR5 Memory: Coming Soon to a System Manufacturer Near You 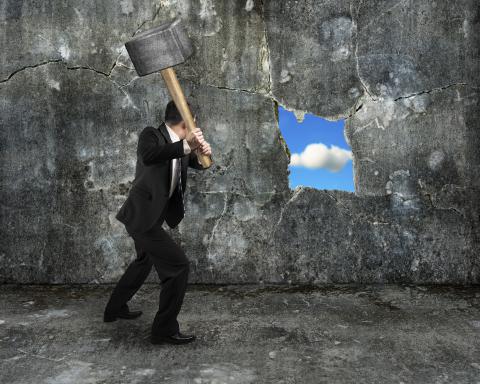 AVAILABILITY RUMORS of Double Data Rate 5 (DDR5), the next-gen standard for RAM, remain just that, but system builders are gearing up for the components nonetheless. Both Samsung and SK hynix, two of the three global companies that make most of the DRAM chips (along with Micron), displayed DDR5 memory at the International Solid State Circuits Conference in San Francisco in February.

“New chips appear generally at the conference a year ahead of availability,” says Jim Handy, an analyst at Objective Analysis. While both Samsung and SK hynix promise to ship DDR5 memory modules this year, they make no promises about how many chips will be available at first. Brian Matas, vice president of market research at IC Insights, says he doesn’t expect DDR5 to make an impact this year at all, even though large system manufacturers are already getting sample chips.

Handy agrees. “Look for volume shipments in early 2020,” he says.

DDR5 will offer advantages over current DDR4 products, such as higher data rates (3.2 to 6.4 gigatransfers per second compared to the current 3.2 GT/s) and a faster clock rate (3.2 GHz versus 1.6 GHz). Operating voltage will drop from 1.2 V to 1.1 V. Lowering the voltage does increase noise problems, notes Handy, “but big data centers are always looking to save energy, and they use a lot of memory.”

Another big, or actually small, advantage of DDR5 is the module size. “It will pack 32GB per module into a smaller area,” Handy explains. “Fewer pins means less board area, and mobile devices should jump on the opportunity to save space and save some battery power.”

Servers, many bound for data centers, will likely be the first big DDR5 market, according to Matas. “Some servers will be able to double the speed of some operations thanks to the performance boost. The memory cost is only a small part of the total cost and won’t be an issue for the first wave of devices,” says Matas. “There’s only a small improvement per server in electrical use, but across thousands of servers it might make a difference.”

Gamers will be the second group to jump onto the DDR5 bandwagon if past memory rollout progressions hold true. In addition, augmented reality and virtual reality PCs will add DDR5 quickly to gain performance improvements.

When DDR5 chips do begin shipping in quantity, says Handy, they will almost certainly come from Samsung. “Generally, Samsung pushes to be the first, and the first DDR5 chips will probably cost about 10 times the DDR4 prices.” DDR5 prices will drop as production rises, until chips eventually hit the same cost as DDR4 units.

Meanwhile, DDR4 memory will continue to drop in price to maintain its one advantage over DDR5, says Handy, until DDR5 dominates the market. Then DDR4 will increase in price as the majority of remaining buyers become organizations that take a long time to evaluate and certify components, like telecommunications providers and the military. Luckily for DDR4 vendors, these companies keep products in production for years.

DDR5 does have potential competition, Matas notes. “Micron’s high-bandwidth memory is an alternative they’re pushing to DDR5,” he says. “Others will be offering alternative memory solutions.” And DDR5 may have a shorter lifespan than earlier versions as the need for graphic processing power pushes the market toward DDR6.

Still, DDR5 will inevitably take over for DDR4 as the mainstream memory option, according to most analysts. “This new, faster memory will make an impact,” adds Handy. “It makes computing faster all around and will improve mainstream applications everywhere.”

It’s an old, traditional computing story involving a new technology that runs faster, costs less, and takes over the market. The new story this time is that DDR5 memory is not too far off. A DDR5-stuffed server may be hard to find before New Year’s Eve, but perhaps one will appear by Valentine’s Day.