The Danger of Cloud-Powered Hardware 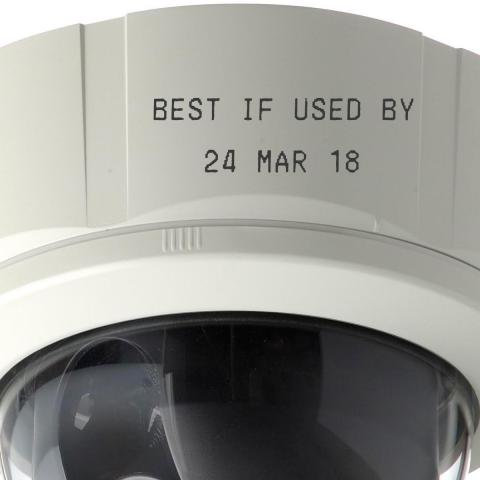 Computing and obsolescence go hand in hand, but hardware tied to services might have an unexpected expiration date. By Matt Whitlock
Tweet

I’ve long been a fan of electronic doodads, and as I’ve gotten older that’s made me a bit of a hardware historian. I think it’s the rapid evolution of computers and electronics that has fascinated me, almost to the point of obsession. Having a personal gadget museum isn’t exactly a “normal” thing (listen to ChannelPro Weekly for a weekly museum pick!), but I tend to think of it like a healthy collection of baseball cards (or Pokémon cards for you millennial readers out there).

And just like a card collector might like to flip through the players and revel in the stats of baseball seasons long past, from time to time I like to pull an old Sharp PDA (personal digital sssistant), MiniDisc player, or gaming console off the shelf and take it for a spin down memory lane. Spending so much time using these now-ancient devices has given me some insight into the paradigms around design, user interface, and function that grace the digital devices of today, which I believe has helped me as a technology writer.

Unfortunately, would-be future gadget collectors (be they writer or enthusiast) may not get the chance to really play with the hardware of yesteryear, and the reason is something that those who both use and devise solutions with technology must understand: Hardware obsolescence is increasingly caused by the termination of a supporting service, not the usefulness or physical failure of the device. In other words, more and more electronic devices are reliant on the existence of a back-end service for most or all of their intended function, and without it, the hardware itself is essentially useless.

Computers and obsolescence are nothing new. Heck, any computer put into service today is already obsolete, and if it isn’t right now, it probably will be tomorrow. One of the things I love about a PC, however, is that its usefulness can last far longer than its intended purpose, and far longer than it is “officially” supported. Computer hardware itself isn’t reliant on anything to operate; so long as the software it runs doesn’t exceed the capabilities of the hardware itself, it can operate as long as the physical hardware is operable.

Right now, I could run to the basement and fire up any 20-year-old Windows 95–era machine and do almost all of the same things I would have done with it at the time. Internet Explorer 2.0 probably wouldn’t render the modern Web, but I could still download, install, and run a huge range of era software. That was the nature of computing back then, and most devices for that matter. Assuming I still had good VHS tapes, my VCR would still play them on my TV screen today. With four AA batteries, my original Nintendo Game Boy would still play my Link’s Awakening cartridge just as flawlessly today as it did all those years ago.

But that was then, and this is now. Using the iPod Touch/iPhone as the modern-day equivalent to the Game Boy (at least it wishes!), do you think in 20 years you’d be able to fire up an iPhone 6 and even connect to the iTunes App store, let alone download and install apps? Out of the box, an iPhone without the app store is just a Windows Phone that wishes it were a Windows Phone (zing!). And even if you had apps still installed, most of those wouldn’t function without the service behind it to authenticate ownership, and feed it information, stats, and so on.

What about Client Computing Devices?

Phones are one thing, yet client computing devices are heading in the same direction. Some are already there. The iPad, for example, is just as equally dependent on the cloud as any other iOS device. Android is centered around the cloud, but not 100 percent dependent on it given the ability to side-load applications. Windows PCs will always have a large library of Win32 software it can run, but the push to Universal Windows Apps will make Windows that much more dependent on the cloud.

The real danger of cloud-powered hardware becomes evident in other types of hardware, like IoT, surveillance, and numerous gizmos that rely on the presence of a cloud service to function. Oftentimes, that service is wholly supported by the manufacturer, and should that manufacturer go under or simply decide it no longer wants to support the service, then the hardware that relies on it becomes a doorstop. It’s reasonable to assume big players like Microsoft, Google, Amazon, and Apple aren’t going to be closing their doors anytime soon and can afford to keep services in place for long periods of time, but it is a danger with smaller players that can go under or be acquired.

The consumer world is becoming increasingly filled with devices that could work one minute and cease to function then next. Consumers, however, choose to either ignore or accept the fact that their brand-new $300 video streaming doorbell will only work as long as the manufacturer stays in business and decides it’s in the company’s interest to do so. As IT becomes increasingly consumerized in a variety of ways, more and more business-class hardware will begin to rely on third-party services. Such services are already creeping into a number of storage devices, networking gear, on-premises security, and more.

Solution providers should be careful when deploying hardware that has an unknown expiration date, or at least relies on services for a large part of their functionality. Get to know your vendors, and when deploying such devices, make sure your customers understand the risks.

5 Examples of Hardware Reliant on Services

Click the images in the gallery below to learn about five devices that essentially turn into door stops without their supporting cloud service.

There’s something to be said about keeping things with simple functions simple, but my inner geek believes that everything is better with an LCD screen, Internet connectivity, complex AI, and a smartphone app tie-in. That’s what Nest, now owned by Google, has done with the simple household thermostat and, most recently, smoke detectors. This isn’t your basic “sound the alarm when there’s smoke” kind of device; it’s a real-time, Web accessible, self-testing, smoke analysis device with path lighting and steam checking that talks to you in plain English.

Of course, most of the features that set this device apart from the ones that cost one-fifth the price rely on a Nest account (cloud services). Just last month, Nest customers got nervous when Google announced that the Nest division wasn’t performing as anticipated, and that sent the rumor mill speculating on what would happen to the customers who shelled out several hundred dollars for smart smoke detectors if Nest was shuttered.

Put an Echo on your desk, tell it to do stuff, and it does it. For example, it streams music from online services, reads audiobooks, answers questions, gives sports scores, and more. Amazon has been hit or miss with its own hardware offerings, but Echo is a pretty neat device that is constantly getting smarter and doing more things.

The Echo itself, however, is just an impressive microphone, omnidirectional speaker, and some circuitry. All that improvement is happening in the data center, hooking in new features and services to react when a user speaks up. Echo may always be listening, but if Amazon shuts down the brains behind it, you may as well be talking to a wall.

Just about Everything iOS

As alluded to earlier, while an iOS device will still operate to some degree if it’s turned on in 50 years, it’s not going to be the device you remember. What has propelled the iPhone and iPad is the sheer amount of developer support—the apps—that allow it to perform duties far beyond the scope of the original device. It’s not all that different from a PC in that regard, but while a PC can operate almost indefinitely without access to the outside world (software can be developed, installed, and run locally), iOS is reliant on the acquisition of software as part of a larger service.

Apple, by design, mainly operates its devices on a short shelf life, encouraging users to consistently and frequently upgrade to the newest version. So long as you keep upgrading, the store is open. Should you fall too far behind the hardware curve, all those apps will eventually be out of reach. Even if you wanted to run an old version of an app someday on an old iOS device, it probably won’t be possible. Of course, if Apple happens to burn through the billions of dollars it has in cash and fold, iOS devices will be forever relegated to the devices they are out of the box, which isn’t much.

I remember when a doorbell was a simple contact switch that rang a bell. Ring took the setup to every knock-knock joke and made it possible to know “who’s there” from anywhere in the world. Ring mounts a full Internet-connected wide-angle HD video camera to your front door that allows the user to see, record, and speak to “who’s there” from anywhere on the planet on a Web browser or smartphone. It can even track and alert you when it detects motion. To top it off, Ring will replace it for free if someone manages to steal it.

One thing is certain, however: Everything this fancy video doorbell does is reliant on the cloud. Without the service behind it, it wouldn’t even function as a basic doorbell.

There was a time when digital video recorders, like VCRs, were only available from third-party providers. However, satellite and cable companies caught on and started offering their own devices, in part to try and eliminate any devices they don’t control from their networks. TiVo, arguably the pioneer in the DVR space, has managed to hang in there longer than most would have predicted. Unlike the common VCR, which relied on a user to handle the details of recording (and therefore wasn’t reliant on a service to operate), TiVo (and any other DVR) is reliant on knowing what’s on TV to operate, and that means it needs a service to provide up-to-date guide listings.

TiVo has brushed up against its own demise a few times in the past decade, and has managed to innovate and stay alive. Sure, if someday it doesn’t make it, users won’t have to pay the monthly TiVo service fee, but the TiVo itself is then nothing more than a paperweight.

You Can Also Make Money Fighting Against the Future
May 30th, 2019