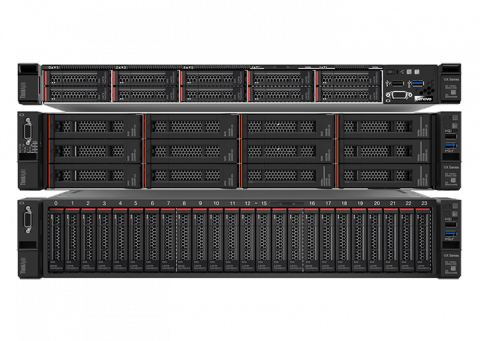 SPEED IS A SELLING POINT for MSPs. Combine computing power, data storage, and networking in one integrated appliance, and you’ll not only satisfy that need for speed but increase your customers’ scalability and decrease the complexity of their systems as well.

Hence the increasing appeal of “hyperconverged” infrastructure (HCI) offerings, a market that spiked an astounding 68 percent to $1 billion during the most recent quarter tracked by analyst firm IDC.

“We’re in the early adopter phase, but we’re starting to see a pickup in adoption speed,” says Jim O’Reilly, an infrastructure analyst and president of consultancy Volanto, based in Riverside, Calif.

Part of that rise in demand may be due to performance increases in HCI technologies, which have been consistently improving and are poised to accelerate further in the future. “HCI will get bloody fast next year,” O’Reilly predicts, suggesting that performance-enhancing technologies like remote direct memory access (RDMA) applications and Intel’s high-speed Optane memory will play a role in that acceleration. O’Reilly expects hyperconverged products equipped with both to begin reaching market by the second quarter of the year.

“Hardware can be customized and cost-optimized to provide exactly what a client needs, because not all workloads are alike.”

“Sometimes the market runs a little slow, but HCI is starting to become a trend,” he says.

As speeds go up and prices come down, hardware makers expect HCI to make deeper inroads with smaller companies. “Hyperconvergence is definitely in the beginning of the ‘crossing the chasm’ curve where cloud service providers are the innovators, large enterprises the early adopters, and SMBs the late adopters,” says Lee Abrahamson, vice president and CTO at system builder Equus Compute Solutions, of Edina, Minn.

Giant hardware manufacturers like Dell EMC, Hewlett Packard Enterprise, and Lenovo are well aware of this expanding opportunity and are making aggressive plays for HCI dominance. Custom system builders who are willing and able to offer these products will have advantages of their own, though, according to Abrahamson.

“Hardware can be customized and cost-optimized to provide exactly what a client needs, because not all workloads are alike,” he says, adding that white-box server manufacturers are grabbing share from traditional OEMs for that precise reason.

O’Reilly thinks channel pros have the edge over big-time manufacturers as well. “The magic is in rightsizing the components and configuration at the builder, reseller, or integrator level,” he says. Noting that not every business can afford an HCI unit with $35,000 solid-state drives based on the NVMe standard, O’Reilly suggests that budget-conscious clients may require something a little less flashy, like a system that leverages slightly slower $350 drives.