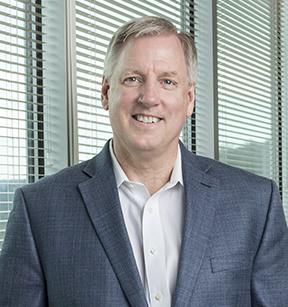 The Network Support Company has cultivated a corporate culture that is nurtured with vision and mission, and is practiced with the twin approaches of employee engagement and a just culture. By Jim Kennedy
Tweet

Culture is something you have to work at. Here at The Network Support Company, we've always placed a premium on integrity and respect for the individual. But as we’ve gotten larger, I’ve done a lot of thinking about who we are and what we do, and put together some principles about how we treat one anotherbased around that core of integrity and respect. I drew from other industries as well, and researched employee engagement and how to drive that.

In general, there are two kinds of foundations for the culture of a company: transactional and committed. An organization with a transactional foundation is task oriented; you're only as good as your last deliverable. Conversations are focused on what will be accomplished, and failure is not an option.

On the committed side that foundation is more focused on the organization’s vision and mission. Conversations include the people side—how are you doing? How is your family? The emphasis is on helping one another fulfill our goals and accomplishing things in the framework of understanding that failure happens all the time, and if you're not failing it means you're not trying new things. There is a lot more innovation and creativity in a committed culture because people aren't afraid of failure.

Spreading the Message
If you talk to anyone in this organization you're going to hear the exact same thing about who we are as an organization, and what we care about. That in itself is pretty remarkable, because it’s hard to do, and that culture can get undermined if a manager is not on board.

For example, as we grew and hired more managers, we found that often by default they moved to a transactional way of getting people to do things. It takes a lot of effort to build a relationship with someone and to inspire that person using vision, and understanding that long-term results are not worth compromising for short-term results. If you get someone to do something that you want them to do, but you damage the relationship, you may have won the battle but you’ve lost the war.

That prompted us to institute a formal training program on company culture. We have monthly sessions with all the managers and thought leaders in the company. Everyone identifies something to work on and we hold each other accountable.

While it hasn’t always been so formal, we've been practicing employee engagement for 20 years. Recent studies have demonstrated that actively engaged employees are 50 percent more productive than neutral employees and three times more productive than actively disengaged employees. The key is to get managers to not just buy into it because they have to, but to understand how their actions either support an engaged culture or undermine it.

There's also something called “just culture” that came out of studies on the causes of disasters in the transportation and energy sectors. While people don’t typically die when IT companies make a mistake, it is certainly possible to put a company out of business. Just culture recognizes that the mistake that caused a disaster was probably made many times before. By treating the person who made a mistake justly, it is possible to discover these mistakes in time to put protective measures in place.

In a just culture, predictable human errors are treated differently than malicious or reckless errors. If it's an innocent human mistake and someone or something got hurt in the process, for example, the person who made the mistake needs to be consoled, not punished. And when an employee comes forward with a mistake, he or she should be thanked for bringing it to our attention so we can make a full investigation. The end result might be better training, a modification to a checklist, or an edit to our monitoring sets. The idea is to build a long-term, institutionalized solution.

Here’s a real-world example. The number one rule in our business is to lose no client’s data. One of our techs made a mistake that did cause a client to lose data, but he came forward when he realized what happened. He felt terrible about it, so the first thing we did was console him. Then we put together a team to investigate the incident. The intent is to find out at a very deep level what caused it, what was the thought process that led to the error, and then put protections in place to make sure it doesn't happen again.

A key is making sure the direct managers support what we're doing. And what we are doing is practicing the twin approaches of driving employee engagement and a just culture. It enables us to build good relationships, improve quality, and execute efficiently at a very high level.

The Intersection of Hybrid Cloud and Identity
END_OF_DOCUMENT_TOKEN_TO_BE_REPLACED

Jabra PanaCast Review - Get Your Huddle On
END_OF_DOCUMENT_TOKEN_TO_BE_REPLACED