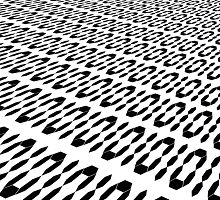 One of the managed services world’s most popular venues for sharing advice and insights, HTG Peer Groups is growing rapidly. What’s the secret to its success?

Like many thriving ventures, Harlan, Iowa-based HTG Peer Groups sprang from modest origins, in this case an informal series of advice-sharing meetings with a few colleagues organized 17 years ago this month by a channel pro named Arlin Sorensen. “It was just me holding meetings, and people were showing up and we were talking,” he recalls.

Talking—and listening—to people with similar concerns remains the core of a value proposition that has since turned the organization Sorensen now serves as CEO into a budding empire with some 500 member companies and operations across Europe and Asia.

There are three different participation models today as well: in-person gatherings where members share insights; an online-only track for smaller companies; and more structured groups for MSPs less interested in community-building than in getting step-by-step instructions from industry veterans on building a successful business. Service managers have had peer groups of their own since last year, and sales executives will too starting this month.

What HTG Peer Groups seems to have in greatest abundance, though, is members who speak about the organization with an enthusiasm that can be hard for outsiders to fathom at first. “Easily the best thing I did for my company was joining this group,” says Ed Correia, president of San Jose, Calif.-based Sagacent Technologies Inc. and an HTG member for 12 years. “I would not still be in business without it.”

Sharing Secrets
One hears statements like that regularly from HTG participants. Most channel pros are entrepreneurs, and most entrepreneurs learn through trial and error. Consulting with peers has spared many HTG members a lot of unnecessary grief. Correia, for example, faced difficult business problems at an earlier point in his company’s evolution. “In retrospect, if I had not known what to do I might have made some really dumb mistakes,” he says. “There would have been no one to save me from not knowing what I didn’t know.”

HTG provides more than just a venue for exchanging feedback. Sorensen has firm convictions, born of a long career in IT, on what channel pros should be thinking about, and his staff plays an active role in keeping groups focused on those topics. Michael Cocanower is one of many members who appreciate the direction.

“I didn’t join HTG saying, ‘I need to grow a leadership team,’” says Cocanower, who is president of itSynergy, a Phoenix-based solution provider and MSP. “That was something that HTG kind of gave to me that I wasn’t really asking for.”

Getting people who sell the same services to the same kinds of customers speaking freely with one another isn’t easy, however. Distributing group members geographically, so that no one worries about giving away secrets to a potential competitor, is a critical part of how HTG pulls it off. “The whole idea is you want to be able to be totally honest with the people in that room and discuss your biggest challenges and learn from each other about the secret sauce that you’re employing to grow,” Correia says. “HTG allows us to do that.”

It also requires that members do hard, assigned thinking about their business between meetings, set goals for themselves, and push each other to realize them. “It’s good to have someone holding you accountable, because you ought to be doing that stuff anyway,” says recent HTG enrollee Michael Pickreign, chief technology expert at tech42 LLC, of Dunmore, Pa.

HTG prods members to speak frankly and regularly not just about growth strategies but about their marriages and families and the kind of legacy they hope to leave behind after retirement as well. “My philosophy has always been that real success is not about money,” Sorensen says. “It's about creating a holistic approach to life.”

Not surprisingly, given how openly they discuss their most intimate issues, HTG members tend to forge close attachments. “Once you become totally vulnerable to another person and they with you, you feel like they’re part of the family,” Correia says.

Sorensen makes a point of including vendors in that family too. More than just a source of sponsorship fees, vendors are full-blown HTG community members with peer groups of their own that discuss different topics in the same basic way.

“You kind of understand how the whole peer group process works and how a vendor can play a more constructive role if you’re actually doing it yourself,” observes Ted Hulsy, vice president of marketing at data protection vendor and HTG sponsor eFolder Inc., of Atlanta.

Measuring ROI
Still, the HTG model isn’t for everyone. About 13 to 14 percent of members drop out every year. Some are reluctant to practice the kind of radical honesty HTG membership requires; others are too headstrong to follow advice from peers.

Still others, meanwhile, leave or never sign up in the first place out of concern over the time and money members must invest. Those investments aren’t trivial either. Groups meet in person for three days at a stretch four times a year. “With flights and everything you’re looking at four days a quarter,” Sorensen notes, not to mention maybe $5,000 worth of annual travel costs. And that’s on top of the $5,000 per year membership fee.

Some MSPs can’t stomach such expenses, but HTG says it has proof they’ll get far more back in return: According to benchmarking data from managed services consulting firm Service Leadership Inc., of Plano, Texas, HTG members grow revenue at a 7.4 percent CAGR on average versus 6.4 percent for MSPs at large, and increase the approximate worth of their company by 14.8 percent a year, compounded annually, instead of 12.5.

“Just by virtue of being in HTG for a few years and … adopting their practices, you can increase the value of your company so far beyond whatever you’re paying in HTG dues that the money thing is just kind of a ridiculous argument,” Cocanower says.

And from Correia’s perspective, that doesn’t even get to the real ROI that peer group members collect. “It’s just incredible. The camaraderie, and the willingness to share,” he says, pausing briefly in amused self-consciousness.

“I definitely sound like I drank the Kool-Aid,” he says. “Because I did.”