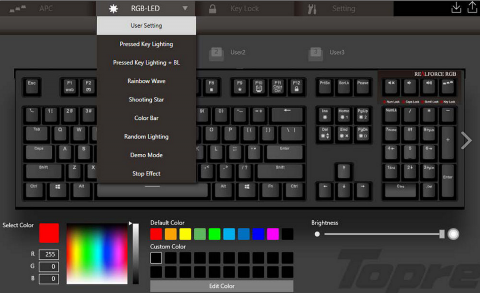 From titanium to tattoo art to everything in between, gamers, programmers, and other power users have a lot of swag to choose from. By James E. Gaskin
Tweet

THE DEFAULT KEYBOARD with most computer systems is cheap, flimsy, and mushy. Writers, gamers, programmers, and specialists deserve better.

How much better? Try the Varmilo Ti (below left) keyboard for $4,500. The keyboard base from the Chinese manufacturer is carved from a single block of titanium.

If you prefer keyboards that cost less than a used car, order the Year of the Dog from Taiwan-based DuckyChannel International Co. A limited and numbered 2018 production run of modified Ducky Shine 7 keyboards features a custom design by Hong Kong tattoo artist Michael Chan with keycaps bearing a unique font and art printed with a dye sublimation process that won’t fade.

“We get a wide range of people interested in the Ducky board. A fair percentage of that is gamers and enthusiasts,” says Lee Turcotte, customer support for Mechanical Keyboards Inc., in Fairview, Tenn., near Nashville. Price is $214 to preorder, but the supply is limited.

Mechanical keyboards are the ones that click loudly when used, like the original IBM PC keyboard. They’ve grown popular again with people who do a lot of typing, according to Bruce Whiting, managing director of The Keyboard Company, in Gloucestershire, west of London. “The whole mechanical ‘revival’ was largely driven from Asia—Japan and South Korea really picked up on it first with manufacturers like Topre and Filco in Tokyo,” he says. Everyone in his office uses mechanical keyboards from Filco, adds Whiting, whose personal favorite is the Tenkeyless Filco Majestouch 2, with Cherry MX brown key switches and a Union Jack tab key. "Sometimes something comes out that just feels right," Whiting says.

The hottest selling keyboard right now, though, according to Whiting, is the Topre Realforce RGB (opening image, above), which feels somewhere between a mechanical and older membrane product. “[It] satisfies the younger users who learned on membrane and never quite got used to all the noise of a mechanical,” he notes. The $199 device includes LEDs with 16.8 million colors that display programmable light shows under your fingertips. “And the killer feature, unique to Topre, is Variable Actuation Point, so you can raise or lower the point at which the key makes the press,” Whiting says.

Do you need to offer exotic keyboards to satisfy your customers? Not according to Whiting. “But high-end, usually mechanical, desktop keyboards for the busy user, gamer, coder, or writer are our main thing and [are] what sell best,” he says. "I wish buyers knew the value of a better keyboard and not just the cost."

Jabra PanaCast Review - Get Your Huddle On
END_OF_DOCUMENT_TOKEN_TO_BE_REPLACED