Continuum’s Recipe for the Future is a Mix of BI, AI, and Automation 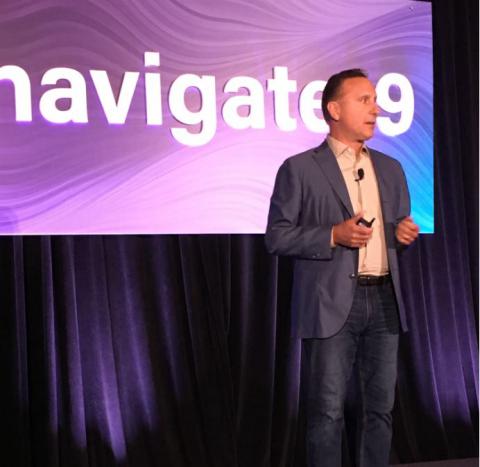 The IT service platform vendor is focusing on the ingredients of business intelligence, artificial intelligence, and automated autonomic computing to address tough challenges like cybersecurity. By Colleen Frye
Tweet

“What better way to solve computer problems than with computers?” That’s not a rhetorical question Continuum CEO Michael George poses. It’s a vision for the future that Continuum believes will not only allow IT solution providers to scale, but will position them for the future and empower them to protect customers against mounting cyber threats.

George told nearly 500 attendees at its user conference, Navigate19, in Pittsburgh this week that the “secret sauce” to achieving that vision is a combination of business intelligence, artificial intelligence/machine learning, and automated autonomic computing. After making a $20 million investment over the last four years to reinvent and rebrand itself, George says Continuum now has the foundational pieces in place to address what will be the ongoing cybersecurity challenge and the skills gap that it exacerbates.

“There’s nothing really missing there. There’s no acquisition. We’re not waiting for a piece of technology to evolve or to come together. There’s enough of a foundation already there that we’re now at the iterative process to fine-tune it.”

“The whole concept of replatforming wasn’t just a marketing scheme,” George says, “but it was born principally out of two things.” First was to integrate its products into a platform that combined automation and orchestration. Second was to leverage predictive analytics and machine learning to not only automate remediation but to anticipate issues.

At Navigate19, Continuum announced additional automation capabilities for Continuum Command, and it’s an area the vendor will continue to lean into, in addition to resiliency and cybersecurity, according to Fielder Hiss, vice president of product. “IntelliMon [Continuum’s AI and automation engine] and a lot of our platform automation has existed for a long time, and a lot of those capabilities made Continuum something that when a partner came on board, they got massive value out of the gate, day zero, without any work.”

In fact, he says, the NOC achieved 88% auto remediation of the 22 million alerts received in 2018, and that percentage will rise to about 91% by year-end.

Continuum’s Recipe for the Future is a Mix of BI, AI, and Automation
October 4th, 2019

Selling Cybersecurity Even If You’re Not a Security Expert, Part 5: Overcoming Objections and Closing the Cybersecurity Services Sale
March 9th, 2020