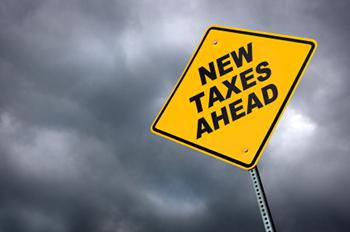 When can a state tax a cloud transaction, and for which digital goods can it collect sales tax? We investigate. By Geoffrey Oldmixon
Tweet

Cloud-based services help businesses answer questions every day. For state governments, however, they also raise questions about taxes: When can a state tax a cloud-based transaction, and for which digital goods can it collect sales taxes?

Answering those questions gets very tricky, very fast. Consider a seemingly simple online computer purchase. “The commerce clause of the Constitution prohibits states from taxing things outside their border,” notes Thom Arrison, a Littleton, Mass.-based CPA. However, many states charge a “use tax.” In Massachusetts, for example, the use tax applies to most items purchased outside the state via phone, mail, or the Internet yet used inside the state—but only if no sales tax was levied or tax was collected at a rate lower than what Massachusetts charges.

“If I buy a PC in New Hampshire [which has no sales tax] and ship it here to Massachusetts,” Arrison says, “then I am supposed to send the state of Massachusetts the 6.25 percent use tax.”

However, states can only tax businesses that have a “nexus,” or physical presence, within their borders, Arrison adds. And that’s where matters get complicated, for when it comes to cloud computing, determining nexus isn’t easy. Amazon, for example, is based in Seattle, but has data centers all over the world. If a Massachusetts business purchases a computer from Amazon using a server housed in a Virginia data center, can Virginia tax the transaction?

Here’s a similar riddle. States have traditionally applied sales tax to tangible personal property, which is defined as anything “seen, felt, weighed, or measured,” according to Kelley Miller, a tax attorney at global law firm Reed Smith LLP, headquartered in Pittsburgh. In the last several years, however, states have begun defining downloadable products as tangible goods. After all, they often have physical equivalents (such as DVDs) and their code can be “seen.”

Enter the dilemma: If digital goods are legally as tangible as their material counterparts, then their storage might be tangible too, enabling states that tax physical storage space to do the same to cloud storage space.

Arrison believes the federal government will step in at some point to clarify such issues—but not any time soon. “My wild guess is that eventually federal law will change,” he says, “but it’s going to be a long time before it happens.”