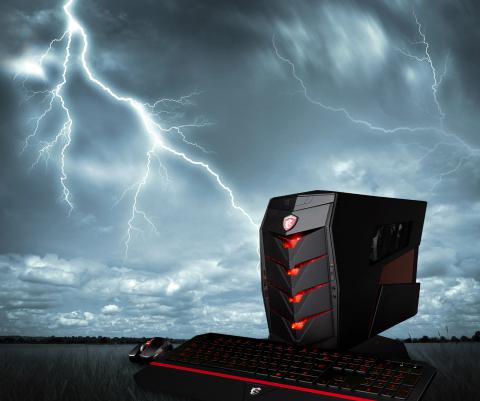 Gaming PCs have long been a safe haven of margin and profit for system builders, but be forewarned, the cloud is coming.

FOR SYSTEM BUILDERS, PCs for gaming generally mean higher performance and higher-margin opportunities than that of typical builds, as it’s one of the few categories in PC hardware in which customers spend top dollar for high-end processors, performance memory, dedicated graphics boards, custom cooling, and more. Productivity scenarios still garner more sales in terms of quantity, but the margins from niche gaming often help keep the lights on.

Cloud services tend to excel at stealing hardware opportunities when performance is key, like how the cloud has bitten a huge chunk out of the SMB server hardware market as more small and midsize businesses forgo on-premises hardware for remotely powered applications over the web. But gaming has stayed relatively immune to the cloud takeover of high-performance processing, thanks in part to the internet degrading the gaming experience.

It’s not like anyone hasn’t tried to take gaming to the cloud, however. Years ago, OnLive launched a game-streaming service that ran games in the cloud so players could enjoy them on just about any hardware with a good connection to the internet. The service was a little ahead of its time and didn’t work as well as promised (high latency and reduced graphics), so OnLive imploded in debt.

Since then a few other companies have dabbled in game streaming, namely Sony with its PlayStation Now service, but thanks to ubiquitous broadband internet and distributed data centers, the floodgates opened at CES 2017 and now multiple services are battling for the cloud streaming market. If successful, it could severely disrupt the market for higher-margin gaming PCs that sport higher-profit hardware.

NVIDIA’s GeForce NOW game streaming service had previously been limited to NVIDIA SHIELD devices, but the company announced at CES that GeForce NOW is coming to PC and Mac. However, GeForce NOW for PC isn’t a gaming subscription or distribution service, but more of a virtual machine rental program.

Users buy PC games from the likes of Steam, Uplay, and Origin, and pay NVIDIA a (currently steep) hourly fee to run them in the cloud. It seems strange that NVIDIA, as one of the largest producers of the very same 3-D hardware needed to play 3-D games on PCs, would have much interest in creating a service that cannibalizes the need for its hardware. In reality, there’s plenty of profit potential in this model, especially if the vendor eventually extend its cloud 3-D processing to other nongaming applications. Profit for NVIDIA, anyway, not for you.

Another player in game streaming is LiquidSky Software Inc., an upstart with a complex free-to-play/pay-to-play model. Users get a complete VM with cloud storage that can run games from any provider, and spend credits to play and stream their games. The price is dependent on the VM performance level they want, which is acquired by either watching a ton of advertisements or forking over cold, hard cash.

Both NVIDIA and LiquidSky claim that quality and latency, the major issues that plagued OnLive back in the day, are no longer a problem. Both companies’ services look to run games with impressive visuals and stream with great quality, and with average response times between 30 and 50 ms.

Neither GeForce NOW nor LiquidSky follow the store/service model that OnLive pioneered, as each simply runs the games sold from other services. That should keep the end-user costs high enough that gamers will likely continue purchasing powerful gaming hardware for now.

That leaves a big opportunity for Valve Corp., however, which operates the Steam gaming and distribution service, and/or Microsoft to step in with its own combined solutions. Valve is the most likely to succeed, given its huge user base, expansive library of games, and its testing of the game-streaming waters with its Steam Link in-home streamer. Microsoft, to its credit, has plenty of gaming cred with its Xbox brand, runs the vast majority of PCs with Windows, already has a digital store, and operates one of the largest cloud infrastructures in the world.

People look to me to forecast the future of hardware and technology. System builders should take note that while high-end gaming machines are safe for now, the cloud is coming. The convenience of being able to play any game, on any screen, without the large up-front cost and maintenance of expensive hardware will prevail in the end. Some gamers will go kicking and screaming, but as soon as the cost/value relationship tips in favor of the cloud, high-end gaming PCs won’t make much sense for anyone but the most extreme, hardcore gamers.