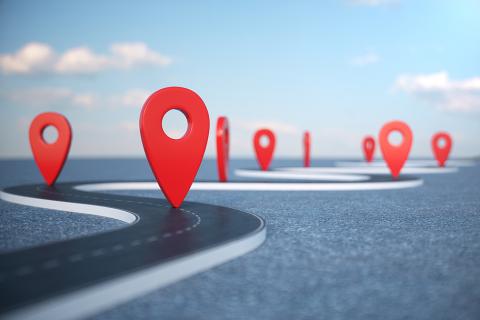 Channel pros are not currently seeing a demand for moving back to on-prem, and research points to a future mix of hybrid clouds. By James E. Gaskin
Tweet

THE RUSH TO PUBLIC CLOUD COMPUTING has been a headline story for years. Is a backlash that some are calling “cloud repatriation” the next big phenomenon?

Quite possibly, according to a 2018 survey of businesses large and small by IDC showing that fully 80% of organizations have migrated applications or data from a public cloud to either on-premises infrastructure or a private cloud. Respondents to the same study, moreover, plan to move half of their applications currently in a public cloud somewhere else in the next two years.

Anurag Agrawal, head of global SMB IT market research and industry analyst organization Techaisle, is more skeptical. “Cloud repatriation is not a systematic trend,” he says. The idea, he explains, “has gained recent prominence because it works in favor of on-premise compute infrastructure players who do not have a public cloud play of their own.”

Agrawal says his research makes clear that the future belongs to hybrid clouds in which businesses use a mix of on-premises infrastructure and public clouds. For instance, organizations may sandbox their development environments in public clouds but deploy the application in their own data centers.

“We see that 30% of SMBs that are planning new cloud initiatives in 2019 are looking to implement private cloud, using internal infrastructure to deliver on-demand services,” adds Agrawal. “At the same time, we see trust in the public cloud leaping to 45%. From any starting point, we view a longer-term move to hybrid as inevitable.”

In the trenches, cloud repatriation has not been a trend among FeatherShark customers, according to Rob Cima, president and founder of the cloud-focused IT service provider, based in Chesterfield, Mo. “I haven’t had anyone move from cloud back to on-premise,” he affirms.

CRS Technology Consultants, in Cape Coral, Fla., also recommends cloud computing for many applications, and has not seen a trend back to on-premises among customers, says owner Jordi Tejero. In fact, he says, “We have been asked to quote, and we know it can be done, but every time we do a five-year look for a client the on-premise option just does not make sense.”

He adds that CRS can always find ways to jump any cloud-computing hurdles with a private cloud or network improvements and keep customers there.

To date, there has only been one exception, Tejero says. “Four years ago, there was one case where we brought back an application from the cloud, but it was due to the cloud product not being up to what they needed. It was a quick process and took less than a few days.”

While Tejero says cloud repatriation is a doable option, it’s not a current demand from his customers.

ChannelPro Weekly Podcast: Episode #235 - Greetings from the New Hampshire Chamber of Commerce
8 Best Hacking Training Courses to Boost your IT Career
10 Things You May Have Missed at ChannelCon 2022
END_OF_DOCUMENT_TOKEN_TO_BE_REPLACED