Cloud Networking in a Hybrid IT World 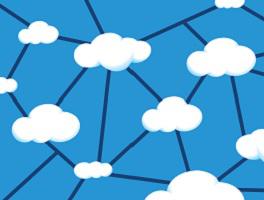 These best practices will help you meet the technological challenges stemming from the increased blending of on-premises and cloud technologies. By Patrick Hubbard
Tweet

Hybrid it is not just a buzzword that’s been added to the IT lexicon. It’s essentially the new way of life for MSPs, IT consultants, and other IT providers introducing the cloud into traditional on-premises environments and making IT management increasingly complex. Add to the complexity the constant innovation from cloud vendors, and MSPs are left wondering how the hybrid environments they manage might be further affected by the cloud.

For example, Microsoft and Amazon aren’t slowing down in their price, efficiency, and features war, competing to see if Azure or AWS can offer the better, faster service. But what does this mean for MSPs and others who manage these environments? To better understand how cloud networking innovations will start to take shape in a hybrid world for channel partners, let’s take a practical view of the current landscape, using Azure as an example.

The Continued Rise of DevOps
Microsoft’s Azure Stack is a tool that will enable IT providers to deploy Azure in the data center. This means that for Azure Stack users, highly converged capabilities will be pushed side by side into a rack of homogeneous systems supporting a common management and monitoring toolset and transitioning administrators from infrastructure as a service (IaaS) to platform as a service (PaaS). Ultimately, with Azure Stack, everything in the traditional on-premises environment will work as it does in the cloud, allowing MSPs and others to manage IT infrastructure programmatically.

If you really think about it, one thing becomes clear: This is another iteration of hybrid IT, and one that will give continued rise to DevOps.

In the wake of offerings like Azure Stack, DevOps will grow more important in two ways: via cloud networking technologies being applied to IT environments (and on-premises businesses seeking to hire Azure developers, for example), and the natural adoption of DevOps as a necessary function for anyone managing apps by APIs and not GUIs.

Best Practices
With the explosion of cloud networking innovations leading to an increased blending of traditional and cloud technologies, there are a couple of key best practices that MSPs and IT consultants should consider if they want to maintain composure and approach the future with confidence.

First, remaining educated on the constant innovations to cloud networking technologies will help ensure that MSPs and other IT providers can effectively explain these services to the businesses they serve. The person responsible for IT is also increasingly becoming the key technology adviser for business leaders seeking to keep pace in an on-demand world. MSPs managing hybrid environments should understand how to effectively communicate which innovations will be key for the unique environments they oversee to remain competitive.

Second, regardless of which cloud platform is deployed in a hybrid environment and which new cloud networking innovations are taking shape, it’s important to understand the continued importance of monitoring. User experience needs to be the supreme interest of the MSP or IT solution provider. Thus, understanding how to best monitor from the application stack to network firewalls to cloud provider networks is critical.

Cloud networking innovations are not going to slow down anytime soon, especially as cloud vendors gain a better grasp of how to cater to both on-premises and cloud environments, as Microsoft does with Azure Stack. However, with a keen understanding of how to increase skill sets to meet the demands of a DevOps culture, while remaining cognizant of industry developments and how monitoring needs are evolving with a changing landscape, MSPs, IT consultants, resellers, and other IT solution providers can remain ahead of those innovations.

PATRICK HUBBARD is “head geek” and technical product marketing director at SolarWinds, based in Austin, Texas. He has more than 20 years of IT experience spanning network management, data center, storage networks, VoIP, virtualization, and more.

ChannelPro 5 Minute Roundup for the Week of May 18th, 2020
END_OF_DOCUMENT_TOKEN_TO_BE_REPLACED