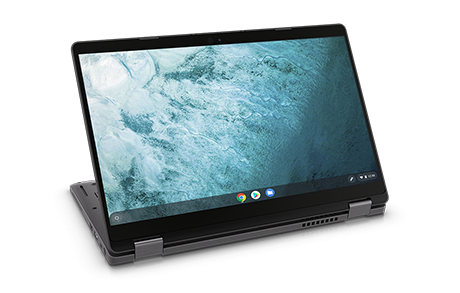 It remains to be seen if Chromebook Enterprise products will become widely adopted by businesses. By Geoffrey Oldmixon
Tweet

DELL INTRODUCED the first devices running Chromebook Enterprise, the business-oriented edition of Chrome OS, this past summer. It was a bold move, linking its business-focused Latitude series laptops with Google’s lightweight operating system. HP and Google, among others, have also rolled out Chromebook Enterprise products. Is this the leading edge of a coming wave that will sweep Chromebook Enterprise into commercial environments in a big way, or an overpriced, underequipped dead end?

Short answer: It remains to be seen.

While Chromebooks have been popular as low-cost solutions in the education market, they haven’t presented enough cost savings to inspire a migration among SMBs in other verticals from their trusted Wintel solutions. Chromebook Enterprise devices could be that middle ground for companies in need of day-to-day business productivity and collaboration applications for knowledge workers—especially those without need for complex business applications and workloads.

Still, according to Charles King, president and principal analyst with Pund-IT, the success of Chromebook Enterprise “or any other similar solution” hinges on customers accepting a new platform. “While Chromebooks offer numerous benefits for business customers, wide deployment depends on displacing Wintel PCs and laptops that many companies have been using for decades.”

However, he points out, “They should consider the fact that most smartphone apps are also essentially cloud-based, and that Microsoft and other business software vendors are moving toward cloud-enabled apps and services ASAP.”

In the meantime, Dell is one of several OEMs attempting to chip away at reservations about Chromebooks as a mobile computing option in commercial settings.

“For future-focused organizations, including MSPs, Dell's Chromebook Enterprise [devices are] a great platform to build on,” King says.

Even so, he acknowledges that it’s “impossible to say” how widely adopted Chromebook Enterprise products may become in the next year or two.