ChannelPro Exclusive: Austin McChord on What’s Next for Datto and Autotask, Part 2 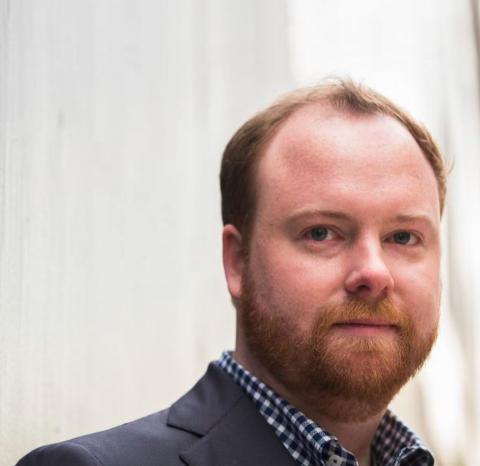 In the second installment of a two-part Q&A, McChord discusses Datto’s future plans for the Internet of Things, security, and VDI. By Rich Freeman
Tweet

Earlier this week, within hours of the announcement that Datto Inc.’s acquisition by Vista Equity Partners and merger with Autotask had closed, ChannelPro interviewed founder and CEO Austin McChord about what lies ahead for his newly expanded company before an audience of Datto and Autotask partners. In the second installment of an edited two-part transcript, McChord looks ahead to how Datto will take on opportunities and challenges in the Internet of Things, security, and virtual desktop infrastructure markets. Part one is available here.

ChannelPro: There are all sorts of new [Internet of Things] devices coming on the network, any one of which could be a way into the business. Is that something that you’re actively focused on addressing, and helping MSPs address?

McChord: Yes. Double yes. Extra yeses on top of the yes. We’re really involved in that. That’s actually one of the areas that you start to see where some of these technologies come together, and that because of the [the Autotask Endpoint Management RMM solution, aka AEM] tech that the Autotask team has built and the fact that Datto has done a bunch with Open Mesh, I can embed AEM agents into [access points] and actually start to bring networking, scanning, and intelligence in there…

I’m sort of exposing a little bit of roadmap, but in our European conference back in October we delivered an AP with an unnecessarily large amount of CPU in it. We took the Google Home compute processor and we jammed that in an access point and said “alright, we’re still going to sell it for 69 bucks.” But that gives me a lot of head room to now execute on the vision of giving MSPs more visibility and more control.

And Internet of Things is a great example. All that stuff is going to have to traverse through the network, and so if MSPs can really see and understand it they can be in a position to protect it, secure it, manage it, etc. And that’s just going to be a huge part of the future.

ChannelPro: As I look at your portfolio now, the one gap is in security. Is that an area that you could see yourself getting into, or that you feel integrates well with the kinds of products you’re selling now?

McChord: Absolutely, but I think that the biggest part of the security story is how do we make sure that whatever we do there isn’t me too? There’s half a dozen to maybe a dozen different endpoint AV security products that, frankly, it’s like which one sucks the least? I don’t want to build solutions in the category [and say] “hey we’re the least awful out of the set.” Instead, I want to build stuff that’s great and that we can be excited about…

We’re probably not there yet, but I think that it’s definitely something that we’re paying attention to, but it’s something that I want to do that delivers unique value, that allows an MSP to deploy a solution that a small business couldn’t just go get on the open market, that wouldn’t be like what other MSPs would have.

Sophos to Roll Out New Partner Support Resources
May 3rd, 2019

Positioning Your MSP Business for the Future
June 24th, 2019