ChannelPro Exclusive: Austin McChord on What’s Next for Datto and Autotask, Part 1 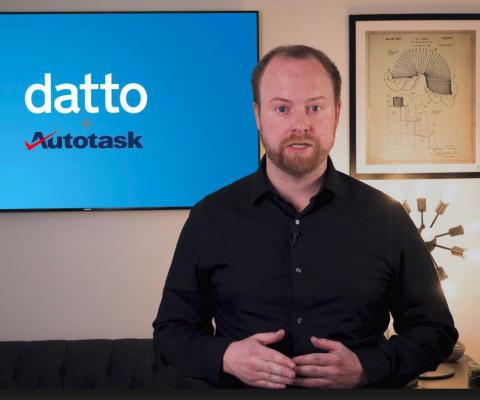 In the first installment of a two-part Q&A, Datto’s CEO explains how the merger with Autotask came about, what it means for MSPs, and where the combined company’s product roadmap is headed next. By Rich Freeman
Tweet

Datto Inc.’s acquisition by private investment firm Vista Equity Partners and merger with IT management vendor Autotask closed on Monday. The next day, ChannelPro led a Q&A in San Francisco with Austin McChord before an audience of roughly two dozen Datto and Autotask partners. Here, in the first installment of an edited two-part transcript of that conversation, is what McChord had to say about the origins of the year’s biggest M&A story, how it will impact Datto and Autotask products, and what it portends for MSPs who use those products.

ChannelPro: I don’t know how this acquisition and merger came about, but what about it was most appealing to you?

McChord: Sure, I can probably share a little bit of the story. Datto at the beginning of this year was well on its way to becoming a public company. We had hired all of the right consultants that cost millions of dollars. We had put in all sorts of controls and systems and all the crazy things that you need to do to deal with public market investors. Along the way, as we actually started talking to these public market investors, we told them “hey, MSPs are awesome” and they were like “what are MSPs? Why don’t you just sell your solutions direct?” It was super disheartening.

At the same time, we were seeing that there were other firms out there that really got it and understood this market, and they were like “[by the way,] we can pay you lots of money.” It seemed like a similar outcome to going public.

So we started that conversation and there was a lot of incredibly smart folks out there. A unique opportunity came along with someone that was already playing in the space, Vista, who said “hey, we actually think we could put these two [companies] together and we’d really like it if you’d be willing to run the combined set.”

And I guess I saw it as essentially a unique opportunity in that I can go public some other time or any other time. The public market’s not going away. But an opportunity to build a company that is absolutely the largest business in the MSP space, hands down, and to have an opportunity to set that direction and ultimately support this industry as a whole and build great product, that was something that I couldn’t say no to.

ChannelPro: Datto sells through MSPs to end users. Autotask sells directly to the MSPs themselves. So different business models...

McChord: But only for one of Autotask’s four products.

McChord: PSA is one for MSPs but then RMM is one for SMBs...I think that there are actually ways that RMM can deliver benefits to small businesses…I’ve got a lot of probably naïve questions that I haven’t fully sorted through like why is RMM not [a GoToMyPC equivalent] for the small business user? I don’t know. All the tech is in there. There’s lots of ways that we could look at it and ask “how could I deliver value for that end small business so that effectively you could make RMM something that that end business would want to pay for, rather than simply a cost basis for the MSP?”